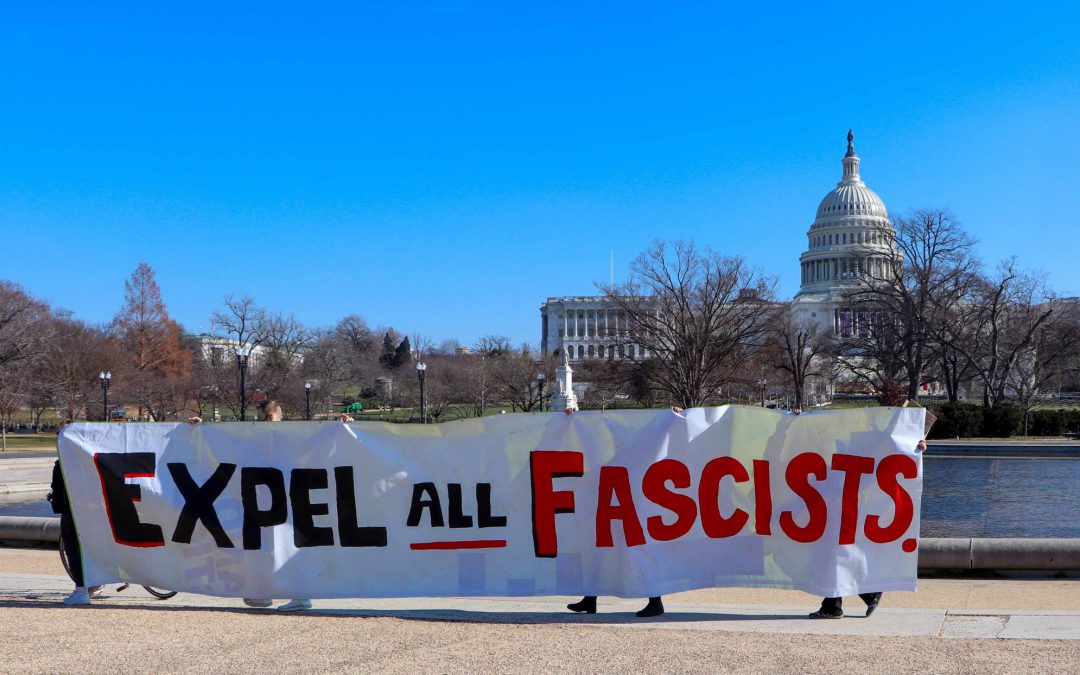 Shutdown DC, a group dedicated to upholding pillars of democracy, holds a banner in front of the Capitol Wednesday. (Madison Muller/MNS)

WASHINGTON — With Washington still scrambling to make sense of last week’s attempted coup, a group called Shutdown DC gathered in front of the Capitol on Wednesday and held banners that read “Expel all Fascists.”

The protesters displayed the names of the 138 Congress members who voted against verifying the election results and demanded they be removed from Congress.

Some lawmakers are also calling for the swift expulsion of Republican members who, they say, were complicit in inciting the riots.

“I just introduced H. Res. 25,” Rep. Cori Bush, D-Mo., wrote on Twitter. “It would, under Section 3 of the 14th Amendment, investigate and expel GOP members of Congress who attempted to overturn the election and incited a white supremacist attack.” 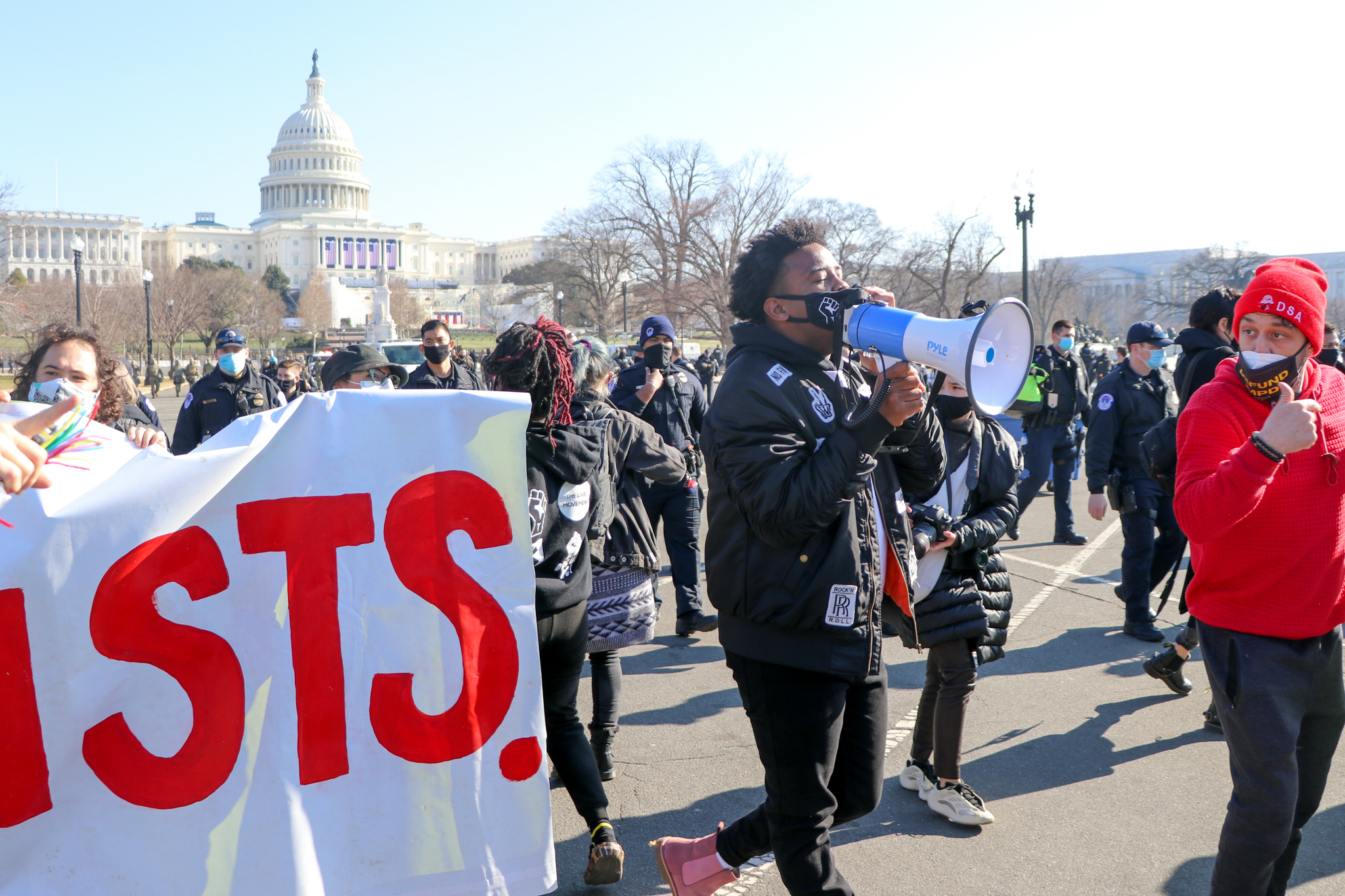 Shutdown DC, a group dedicated to upholding pillars of democracy, carried banners in front of the Capitol Wednesday. (Julia Benbrook/MNS)

A lesser known clause, Section 3 of the 14th Amendment, is what some Democratic lawmakers are hoping to invoke. It bars public officials, like members of Congress and certain others who have “engaged in insurrection or rebellion” against the Constitution, or “given aid or comfort” to those who participated in such actions, from serving in public office.

The Shutdown DC demonstration started with leaders reading off the names of each member of Congress who voted against verifying the results of President-elect Joe Biden’s win. 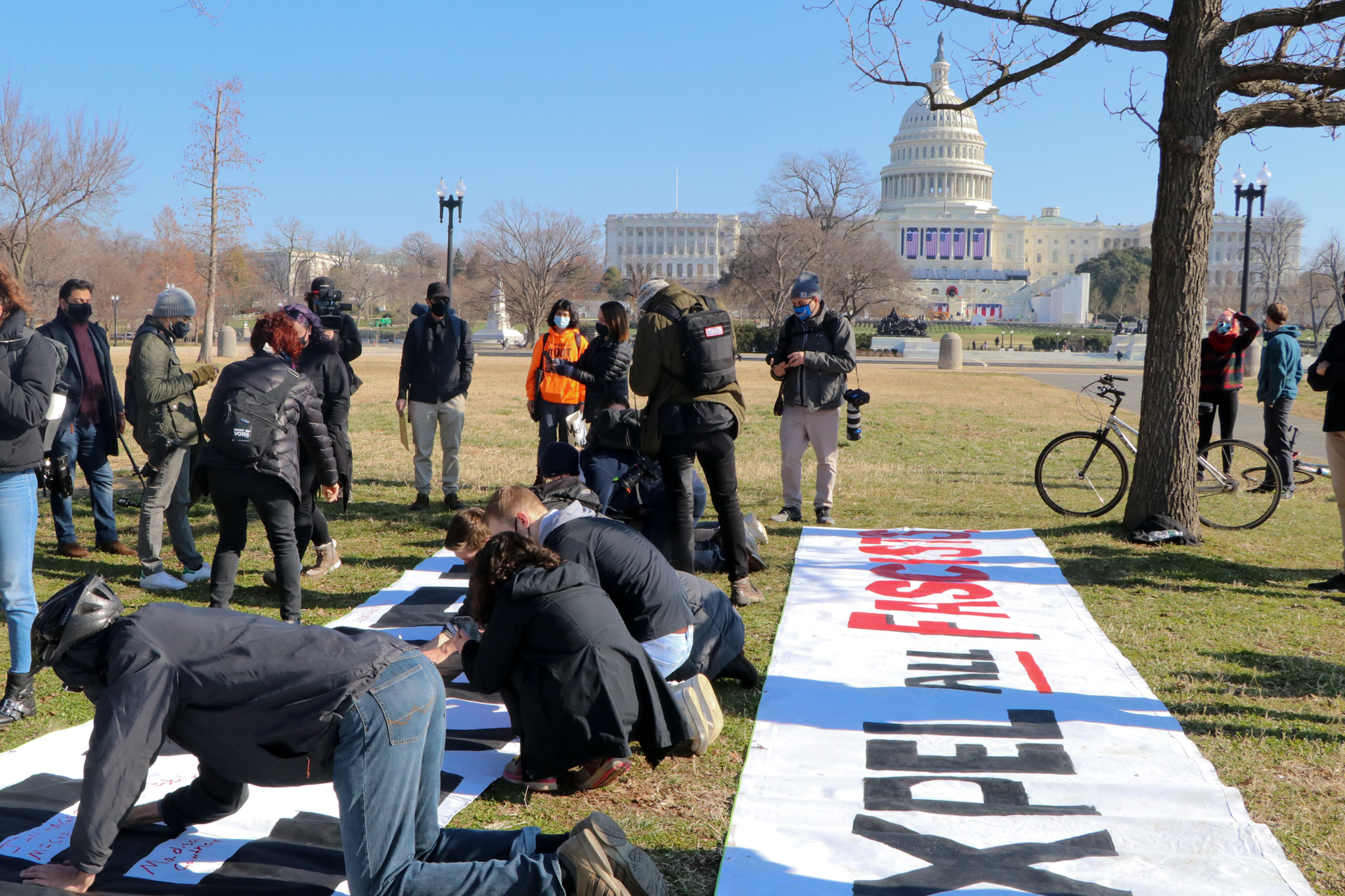 Demonstrators wrote the names of GOP lawmakers they see as being complicit in the Capitol riots. (Julia Benbrook/MNS)

Nadine Block, one of the organizers of the Shutdown DC demonstration, said the lawmakers who supported claims of election fraud without evidence “are not suited to represent American democracy or to legislate in any way

Participants made sure all of the Congress members who opposed the election results were written on the banner before walking it up to the newly placed Capitol barriers, lined with National Guard and extra police. 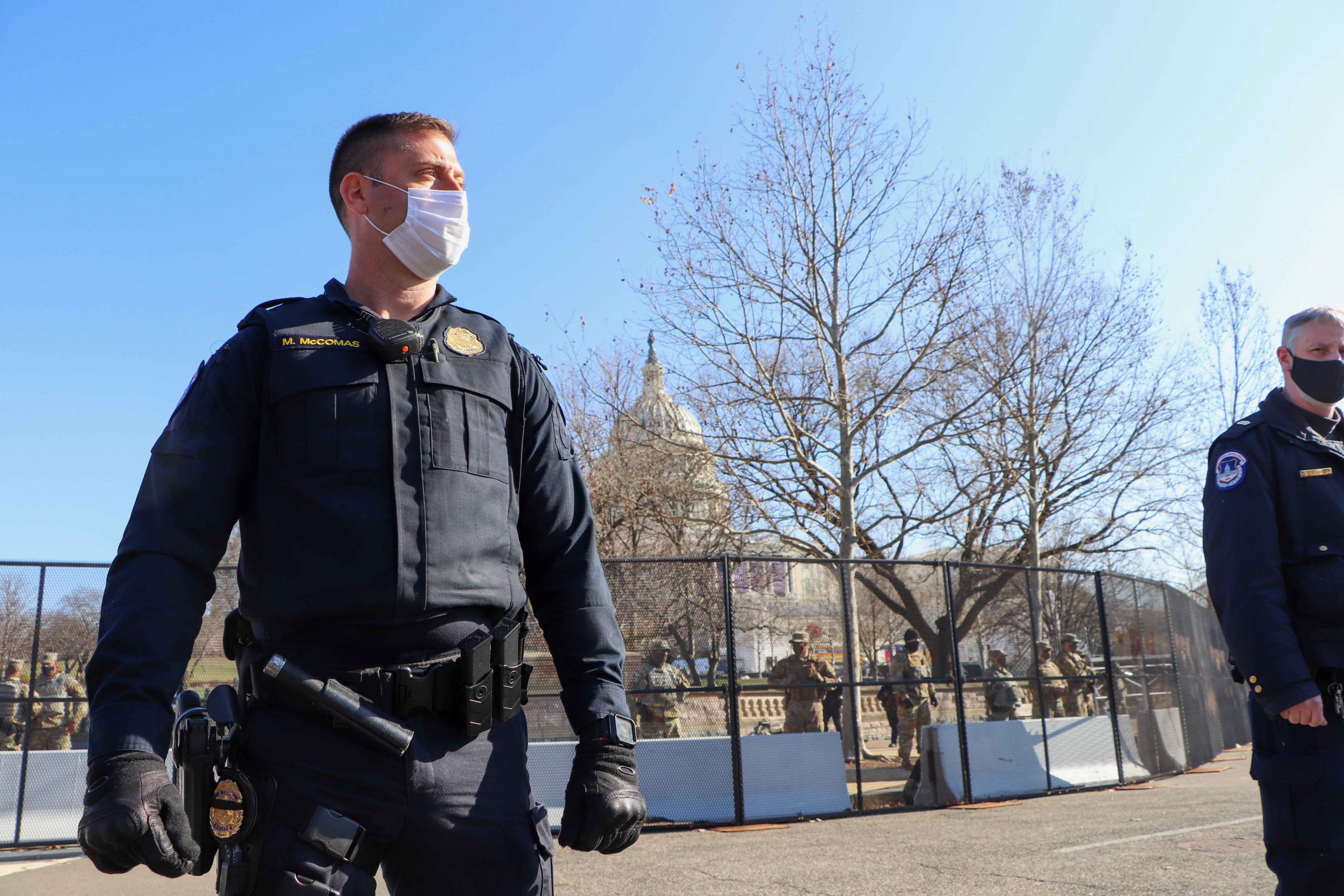 The Capitol was surrounded by members of the National Guard, local police and a seven-foot perimeter fence. (Madison Muller/MNS)

“They’re putting barriers around the Capitol, but the threat is on the inside right now,” Bush said while facing pushback from Republican lawmakers, who were upset with the installation of metal detectors on Tuesday outside the House floor.

As the small group of demonstrators moved closer to the Capitol’s new perimeter fence, they encountered prompt resistance from police. Officers issued three dispersal orders while warning of possible arrest for gathering without a permit on Capitol grounds.

“We were met with an outsized response because they are trying to make up for the failure of last week,” Block said.

A House majority vote, including ten Republicans, voted to impeach President Donald Trump for “inciting violence against the government” Wednesday afternoon. Shortly after, Sen. Mitch McConnell said he would not bring the Senate – which is not currently in session – back before Jan. 19, making a trial before inauguration unlikely.

Trump is the first President to be impeached in the House twice.