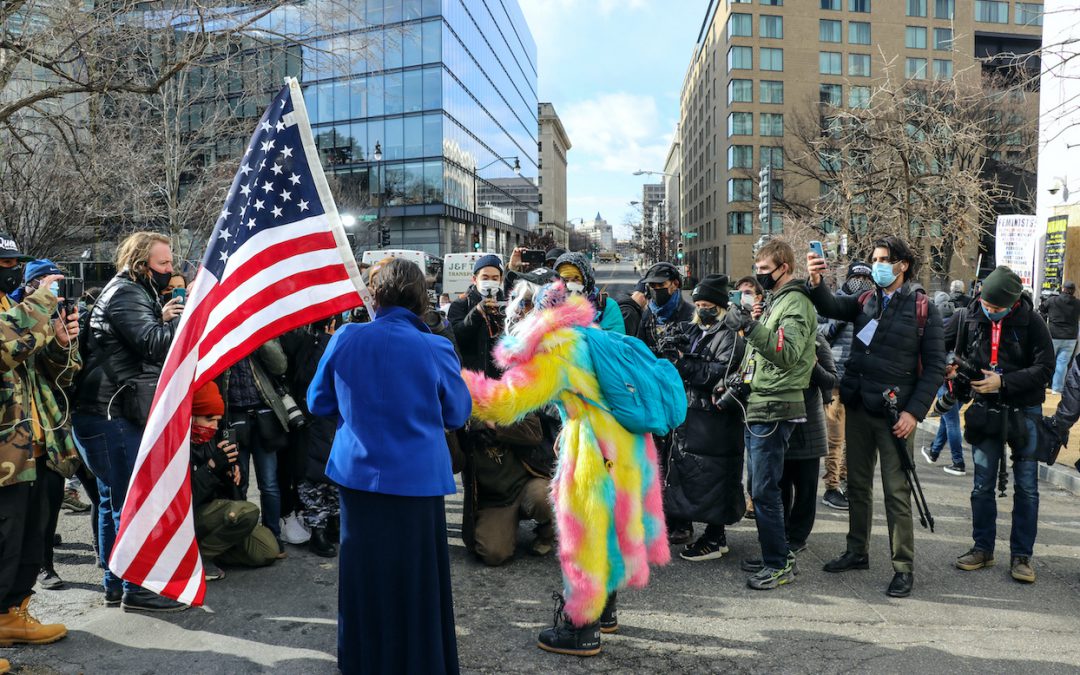 WASHINGTON — Soldiers and police outnumbered civilians on the streets of Washington D.C. in the week leading up to President Joe Biden’s inauguration on Wednesday, two weeks after the violent attempted insurrection at the Capitol by supporters of former President Donald Trump.

An estimated 25,000 National Guard troops were sent to D.C. between the Jan. 6th attack and Biden’s inauguration to join the Capitol Police, Municipal Police, FBI and other law enforcement agencies tasked with keeping the peace on inauguration day.

Security forces erected miles of fencing to create a security zone around the Capitol on the day following the attack and eventually closed the National Mall and several blocks around the Capitol in the days leading up to Jan. 20th.

Though most Americans stayed home to enjoy the many virtual events scheduled for inauguration day as D.C. Mayor Muriel Bowser recommended, some determined people came out to the Capitol security zone anyway to show their support for democracy.

As D.C. settled back into a semblance of normalcy after one of the most tumultuous election cycle in modern American history, soldiers and civilians alike expressed relief that the transition of power was complete without any further violence. 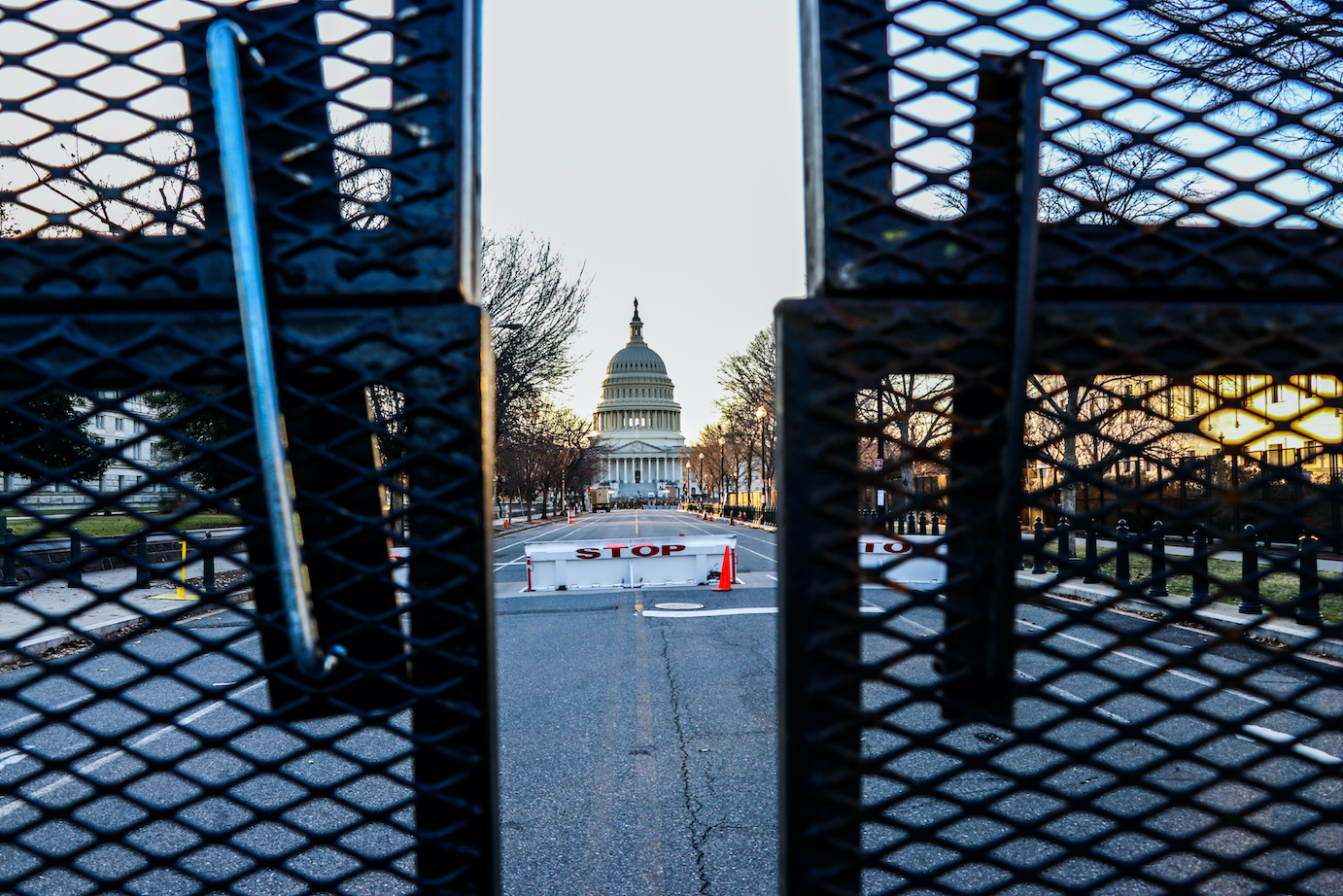 The Capitol complex was secured by military, police and newly installed fencing on Jan. 7, 2021, the day after a violent mob attempted an insurrection during Congress’s approval of the Electoral College votes making Biden’s win of the presidency official. Jan 13, 2021. [Katie Livingstone/Medill News Service] 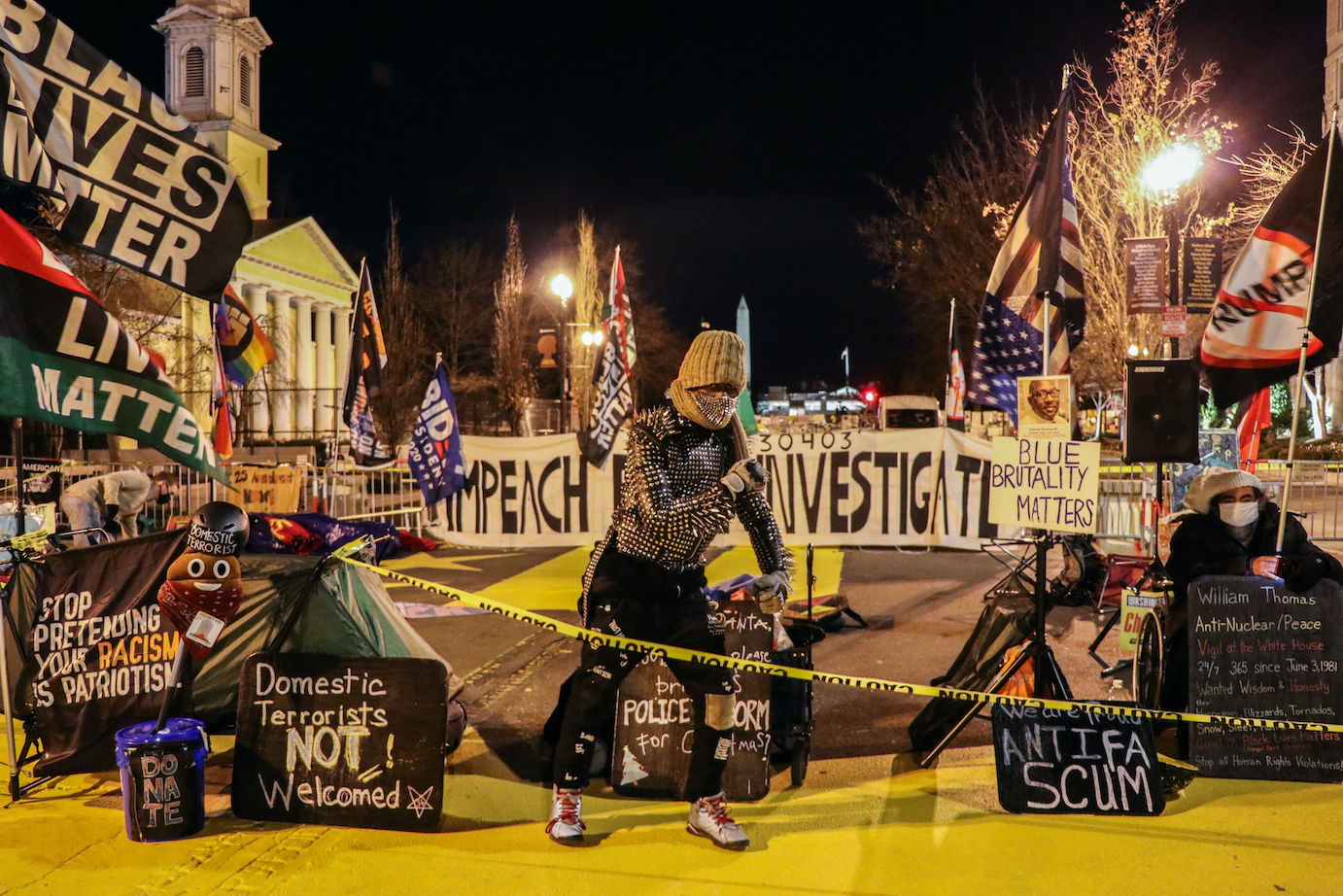 An activist dances to “Rhythm of the Night” in Black Lives Matter Plaza in front of the White House two days before inauguration day. Jan. 18, 2021. [Katie Livingstone/Medill News Service] 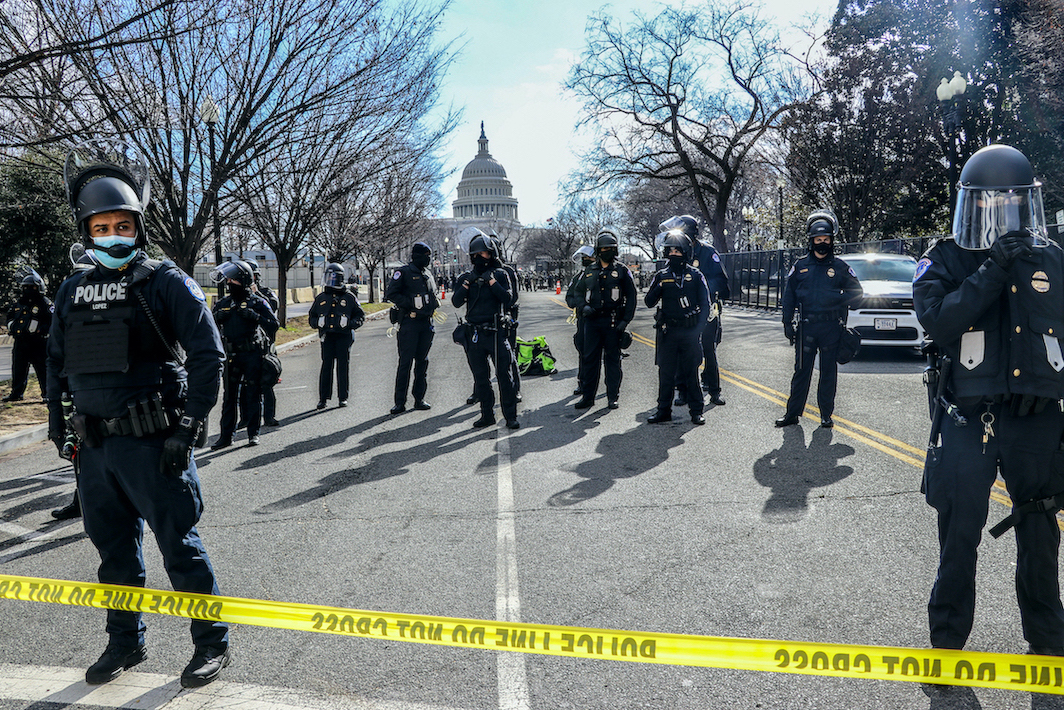 Capitol Police block access to a main entry point of the Capitol on the day of Biden’s inauguration. Jan 20, 2021. [Katie Livingstone/Medill News Service] 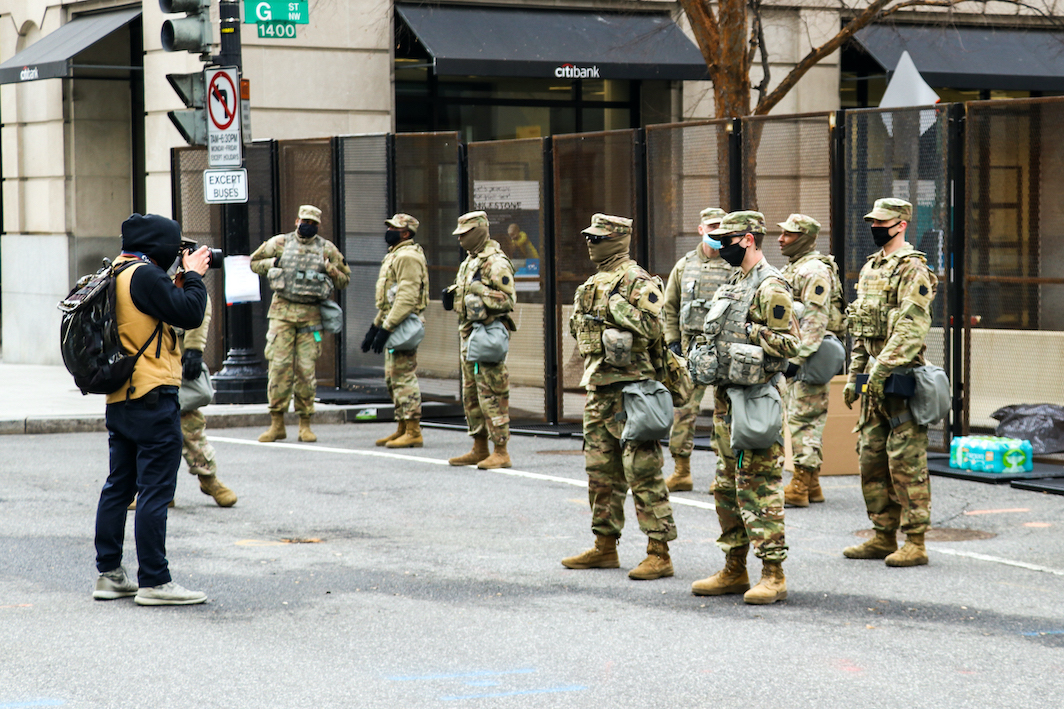 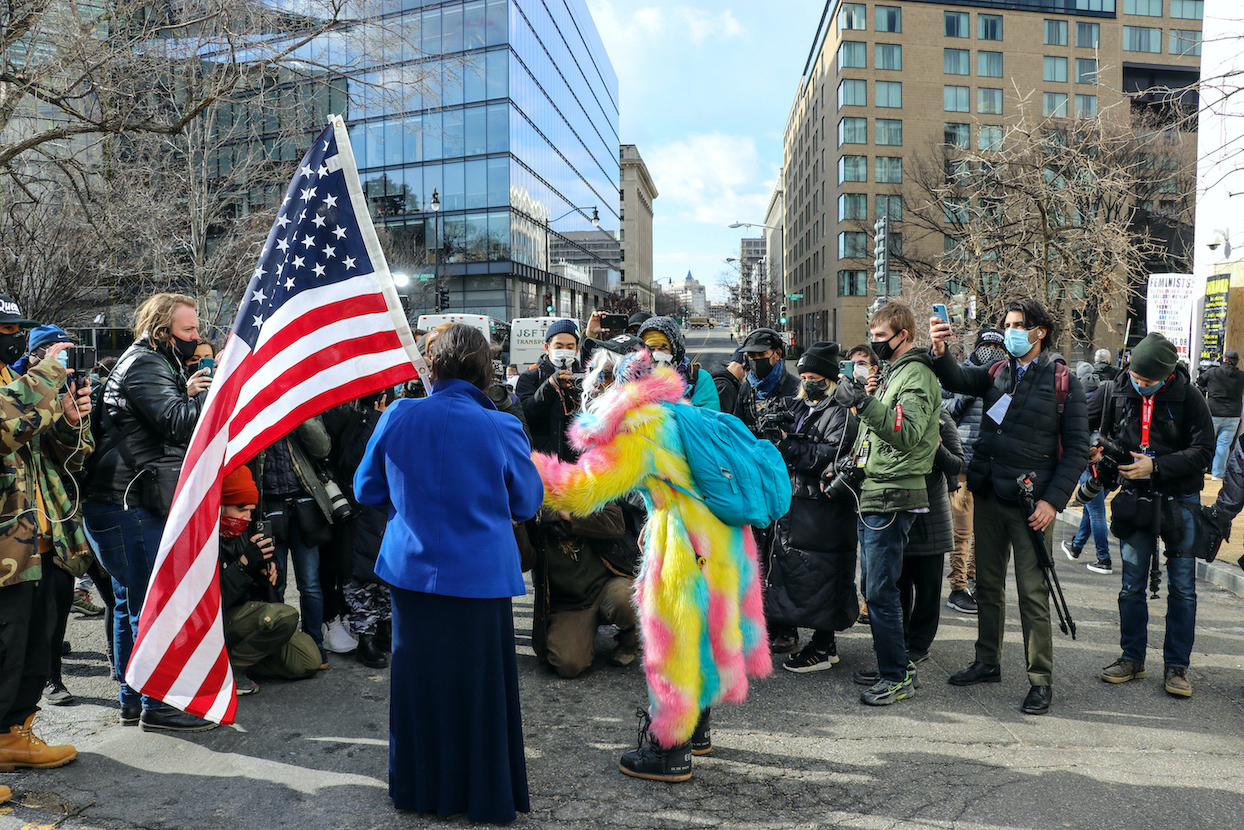 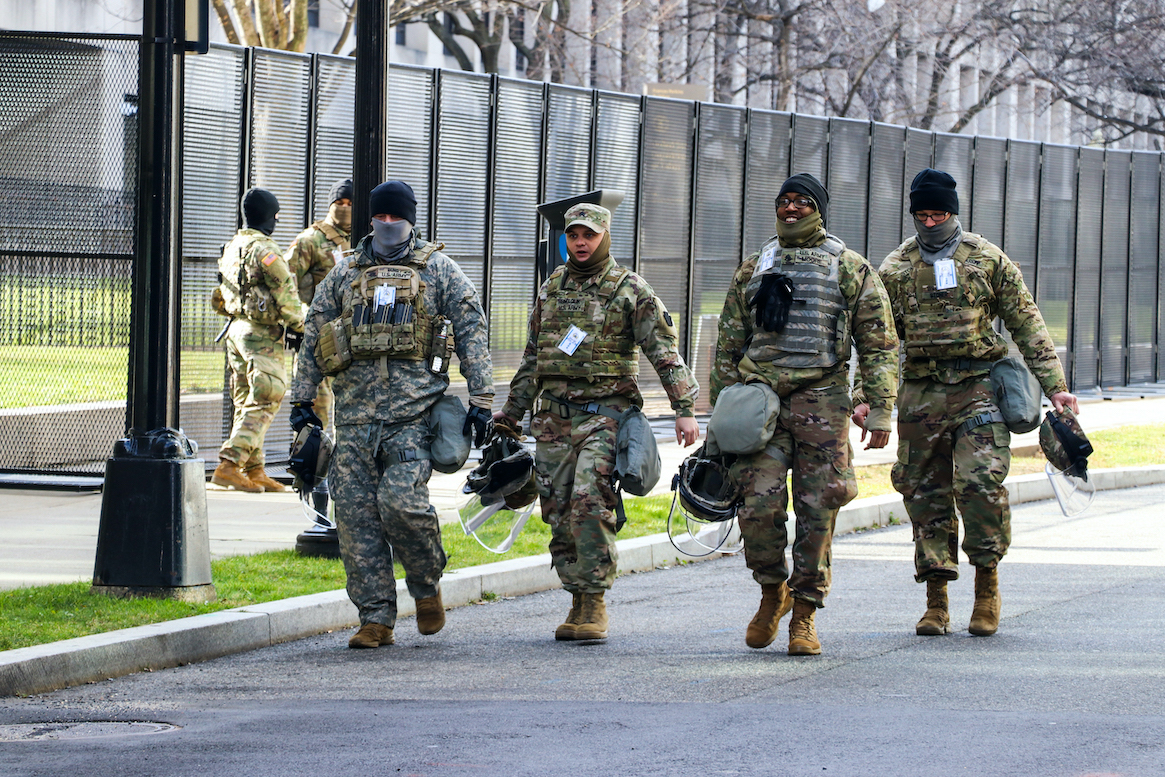