D.C.-area churches encourage community to have ‘Faith in the Vaccine’ 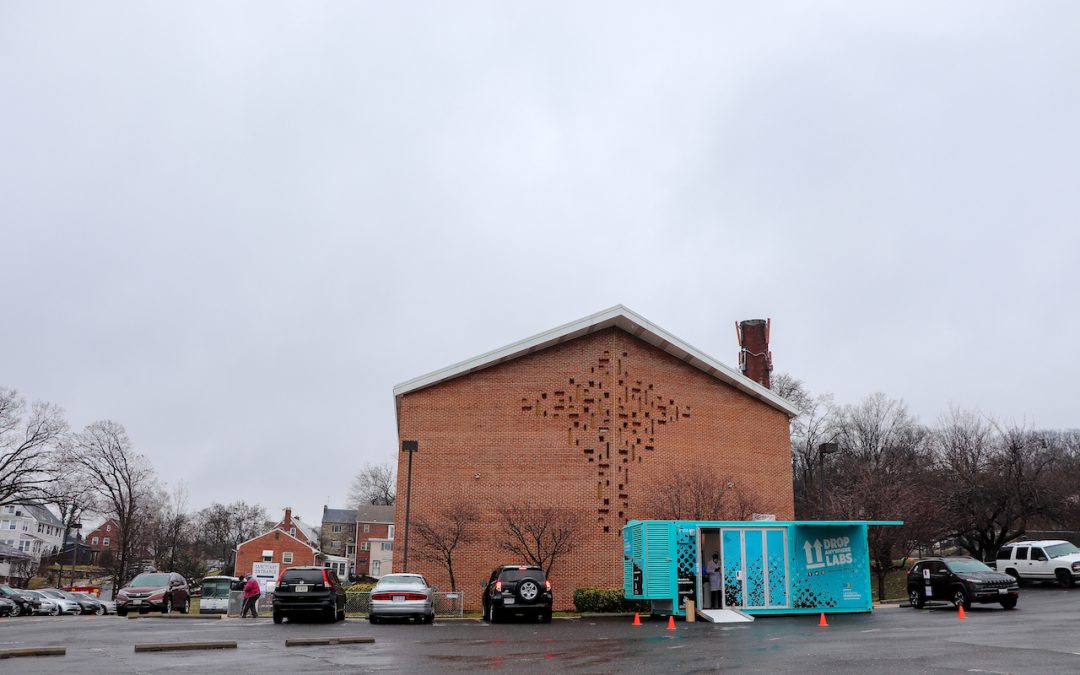 Senior citizens braved the winter weather on Thursday morning for their COVID-19 vaccine appointments at Pennsylvania Baptist Church in Southeast Washington, D.C. By the end of the day, 100 Washingtonians would be vaccinated at the church.

While the U.S. only has racial and ethnic data for about half of the vaccine doses given, numbers show Washington is not alone in struggling to vaccinate Black residents. Reports indicate that white Americans are being vaccinated at rates of up to three times that of Black Americans nationwide.

Rev. Dr. Kendrick Curry, PABC’s pastor, said he hopes the church’s participation in inoculation efforts can help “level the playing field” by increasing access and availability, as well as combatting vaccine hesitancy in the Black community.

“I’m a proponent of the vaccine not just because I think it is efficacious and prevents death, but because above all else, it gives hope for life beyond the pandemic,” Curry said. 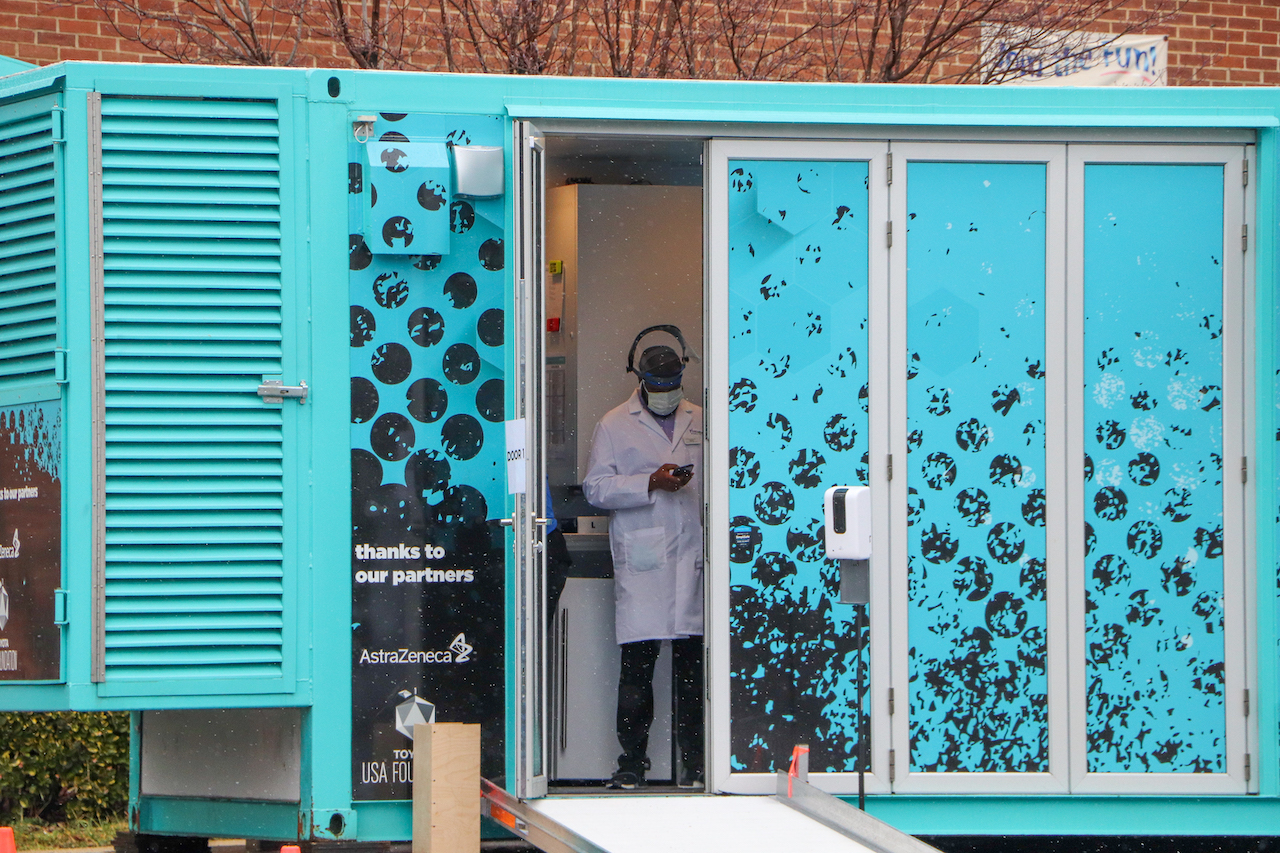 A doctor stands ready to assist with vaccinations at PABC in Southeast Washington on Feb. 11, 2021. (Madison Muller for Sojourners)

Curry is also a part of the Black Coalition Against COVID-19, a Washington-based group of community leaders and advocates who are trying to remediate the relationship between the medical community and Black Americans. Decades of medical malpractice and continued health care inequities have made many Black people wary of following suggestions from health officials. Although twice as likely to contract COVID-19, less than half of Black adults say they would get vaccinated. Seeing the danger this poses, faith leaders like Curry are stepping in to help.

“The church has always been a cornerstone of the African American community,” said Terry Lynch, executive director of the Downtown Cluster of Congregations.

And it’s not the first time PABC has been at the forefront of community health issues. Lynch said that PABC is always there to help with whatever the community is facing.

“They’re involved in everything from supporting those with diabetes to helping with gun violence in the community,” Lynch said. PABC also offers a mental health day-treatment program through their partnership with MBI Health.

Over the course of two clinics on Feb. 11 and Feb. 13, PABC hopes to vaccinate 200 eligible residents. Appointments were only open to seniors living in priority zip codes with the lowest percent of seniors vaccinated, which includes Wards 5, 7, and 8 — all wards predominantly Black residents.

If the church-based effort is successful, “if it draws the right community we are trying to reach, we’ll expand,” said DC Health Director Dr. LaQuandra Nesbitt at a Monday news conference. 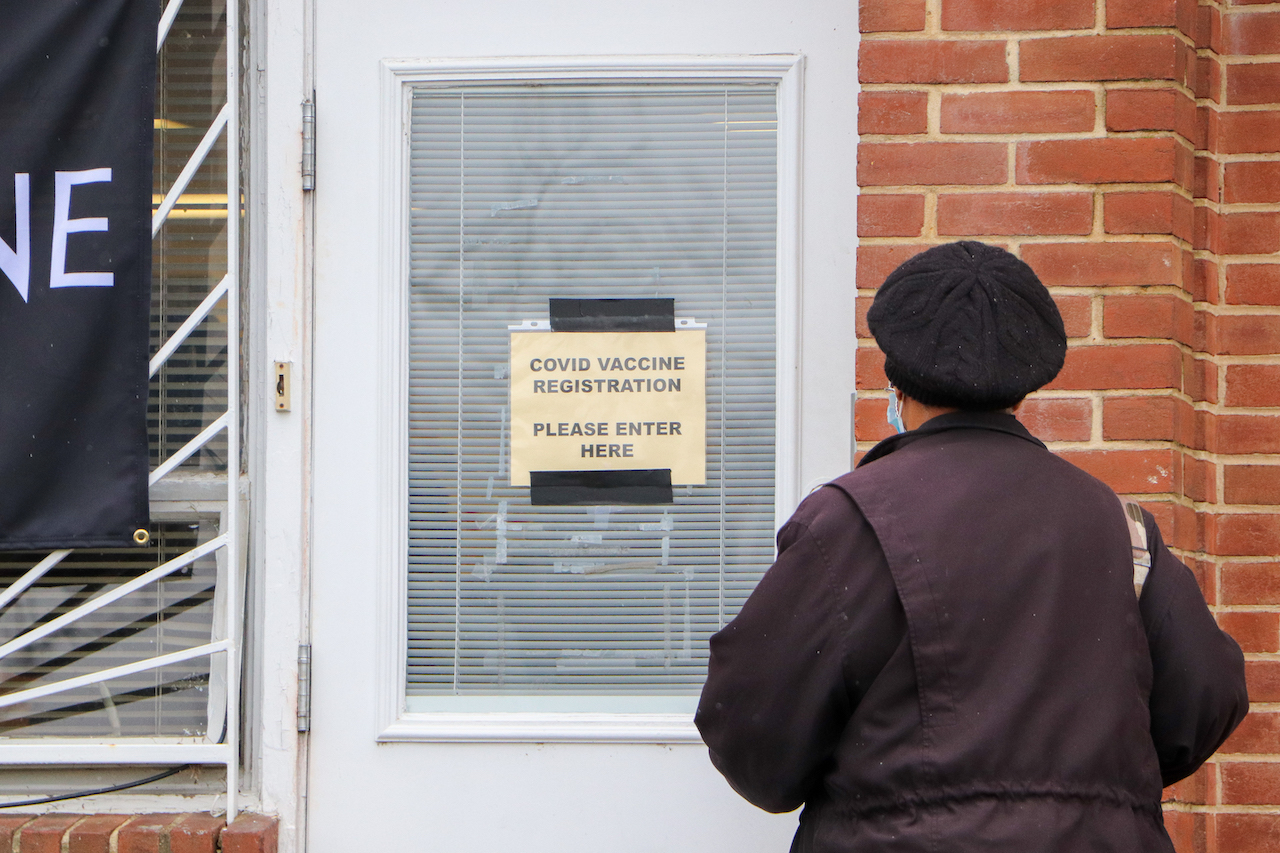 Seniors arrive for their vaccine appointments at PABC on Feb. 11, 2021. (Madison Muller for Sojourners)

The Catholic Archdiocese of Washington has also embraced the effort. Cardinal Wilton Gregory, archbishop of Washington, recently received both doses of the vaccine at Holy Cross Hospital in Silver Spring, Md.

“We have the vaccines that are effective in helping to protect us, and I urge and plead and invite all of our students, faculty, parents, grandparents, teachers [and] benefactors to make good use of those vaccines, to get vaccinated,” Gregory said at a virtual Mass for the community of Archbishop Carroll High School last month.

Thus far, the District’s efforts to narrow vaccine disparities have been working. Before residents were prioritized by zip code, the city’s predominantly white and higher-income wards were receiving 70 percent of appointments. They are now receiving 49.5 percent, Nesbitt said at a Jan. 28 news conference.

Even so, disparities persist — notably among seniors in Wards 5, 7, and 8 who tend to book appointments through local providers, like hospitals, instead of via the District’s coronavirus site, where appointments often fill up minutes after they are posted. Including the faith community in vaccination outreach could help close this gap.

“[Churches] are part of communities; neighbors are familiar with them. They go to services there, they’ve gotten married there, they’ve buried their elders there,” Lynch said. “It’s critical we have community pillars like this that are safe places, safe havens where people can get vaccinated. That’s what congregations are now helping to do.”