Biden was tough on drugs for decades. Now he faces challenges in fighting money laundering 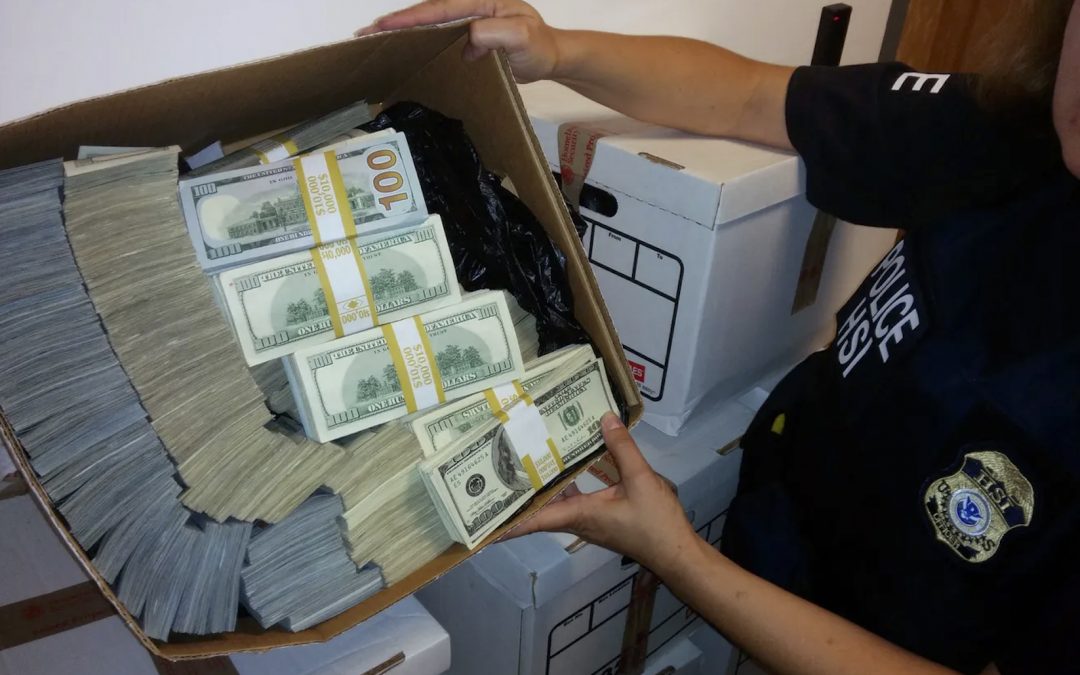 WASHINGTON — Decades ago, then-Sen. Joe Biden established himself as a sort of drug czar on Capitol Hill. In the 1980s, he helped launch the Office of National Drug Control Policy. And a decade later, Biden became one of the masterminds behind Plan Colombia, a $7.5 billion bilateral program focused on, among other things, fighting drug trafficking in the Americas.

While running for president, he vowed to enforce “sanctions on international actors engaged in the trafficking of illicit drugs,” and Congress gave him a stronger anti-money laundering law that could help achieve that goal.

But with the emergence of new technologies, drug traffickers now increasingly rely on elaborate trade-based schemes and digital transactions that are harder to track.

The U.S. is often seen as an ideal location for traffickers to launder their profits. Around $300 billion in dirty money is laundered in the country each year, according to the Treasury Department. At least one-third is related to illicit drug proceeds tied mostly to Colombian and Mexican cartels. Human trafficking, contraband smuggling and fraud also comprise cash-intensive sources of illicit income in the U.S., according to the FBI.

To fight that, on Jan. 1, the Senate enacted with bipartisan support the Anti-Money Laundering Act, the first major piece of legislation on the issue passed since 2004, and experts say it is one of the most consequential ones in decades. It establishes new reporting requirements for banks and other financial institutions, expands whistleblower rewards and protections and sets penalties for organizations that “repeatedly and egregiously” fail to cooperate with the government.

Treasury Secretary Janet Yellen said it gave her department a mandate to “renovate the framework for combating illicit finance.”

“That framework was designed in the ‘70s, and has been more or less the same ever since,” Yellen added. “The update couldn’t have come at a better time.”

Despite the new legislation, the U.S. government and other nations still have a long way to successfully tackle money laundering. Only around 0.2% of the proceeds of crime, including drug trafficking, laundered via the financial system are seized or frozen, the U.N. found.

Peter Reuter, co-author of “Chasing Dirty Money,” said there are no “good estimates of the state of money laundering” anywhere in the world.

“Nobody has developed a methodology that holds any credibility,” said Reuter, a professor of criminology at the University of Maryland. “It’s in the hundreds of billions. My inclination is to say it’s probably at the high end, and there’s no basis for estimating how much or, more importantly, whether it’s going up or down.”

A Global Financial Integrity report commissioned by Congress and released in September, however, estimated the value of drug trafficking in the Western Hemisphere alone ranges from $64 billion to $151 billion a year. Of that, between $42.3 billion and $121.6 billion relate to narcotics-related illicit financial flows — that is, any amount illegally earned, transferred or used across borders — affecting the U.S., Mexico and Colombia, according to the report.

The study concluded that the anti-money laundering framework was “underutilized in current U.S. and regional counter-narcotics efforts and needs to be reprioritized.” It also highlighted the importance of cooperating with the governments of Colombia and Mexico, the countries that are the two main suppliers of illicit drugs in the Americas.

Julia Yansura, one of the authors of the report, said the study “provides a certain path for the Biden administration in terms of a more humane narcotics approach.”

“I do think that they will take the path,” said Yansura, who serves as the program manager for Latin America and the Caribbean at GFI. “It’s not necessarily an easy one to figure out, and it’s a hemispheric discussion. You’re talking about 33 or so countries and a lot of other jurisdictions that are involved. … It will also depend on those countries in the region and their willingness to do so.”

In addition to changes in financial regulations at home, the Biden administration has recently highlighted the importance of strengthening international cooperation to fight narcotics-related money laundering. On March 2, the State Department submitted to Congress its International Narcotics Control Strategy Report on money laundering, which stated the “United States looks forward to continuing to work with international partners in furthering this important agenda.”

About Colombia, whose government was close to the Trump administration, the report said the State Department will continue to support “training and technical assistance for Colombian judicial actors to make informed decisions in complex (anti-money laundering) cases.”

The report has expressed concern about Mexico, where “illicit actors launder billions of dollars of drug trafficking proceeds.” In the aftermath of the country’s decision not to prosecute a former defense minister who had been detained in the U.S. in October on charges of drug trafficking and money laundering and later was extradited to his home country, the report concluded that the “lack of convictions in money laundering cases is representative of Mexico’s limited capacity to prosecute crimes generally.”

Yansura noted that “another important piece of that conversation should be what the U.S. should be doing domestically on drug policy.”

“Clearly drugs are a question of supply and demand,” Yansura said. “It doesn’t make sense to look at supply without considering the U.S. side, the demand side. As we think about policy solutions, it is very important to also think about U.S. domestic policy regarding drugs.”

The White House and the Treasury Department have not responded to USA TODAY’s requests for comment on anti-money laundering policy under the Biden administration.