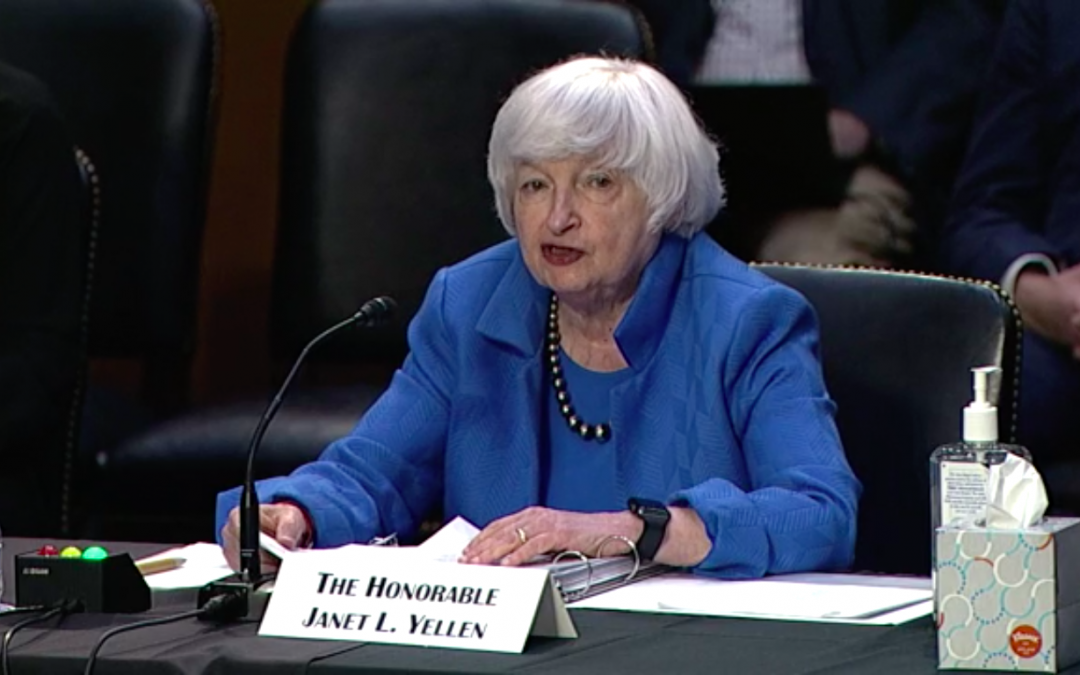 WASHINGTON — Treasury Secretary Janet Yellen urged Congress to raise the debt ceiling on Tuesday, warning that if lawmakers do not raise the limit, a “financial crisis and economic recession” is likely imminent.

Yellen told the Senate Banking Committee that without an increase or suspension of the debt ceiling, the Treasury would “exhaust its extraordinary measures” by Oct. 18 and be unable to borrow money.

“It would be disastrous for the American economy, for global financial markets, and for millions of families and workers whose financial security would be jeopardized by delayed payments,” she said.

Yellen warned that should the Treasury run out of resources, nearly 50 million seniors could see a pause in their Social Security checks, U.S. troops could go unpaid and 30 million families’ monthly child tax credit payments could be delayed.

“It is imperative that Congress swiftly addresses the debt limit. If it does not, America would default for the first time in history,” she said. “The full faith and credit of the United States would be impaired, and our country would likely face a financial crisis and economic recession.”

Though the move to raise the debt ceiling is traditionally bipartisan, Republicans have indicated they want Democrats to raise the debt ceiling without GOP support by including a provision in their $3.5 trillion spending bill. However, some Democrats such as Sens. Joe Manchin of West Virginia and Kyrsten Sinema of Arizona have stated that they would not support a bill with that high of a price tag.

Yellen noted that raising or suspending the debt ceiling is nothing out of the ordinary, telling senators in her opening remarks that “the debt ceiling has been raised or suspended 78 times since 1960, almost always on a bipartisan basis.”

If the Treasury runs out of cash, Yellen said that interest rates for mortgages, cars and credit cards “would all go up in line with higher Treasury borrowing costs and it would increase our spending.”

Sen. Mark Warner, D-Va., then asked: “Once you saw any kind of spike in interest rates or some confidence losing, once this genie’s out of the bottle, there’s no putting it back in. Is that correct?”

“I think that’s correct,” Yellen answered. “This would be a manufactured crisis we’d have imposed on this country, which has been going through a very difficult period [and] is on the road to recovery. And it would be a self-inflicted wound of enormous proportions.”