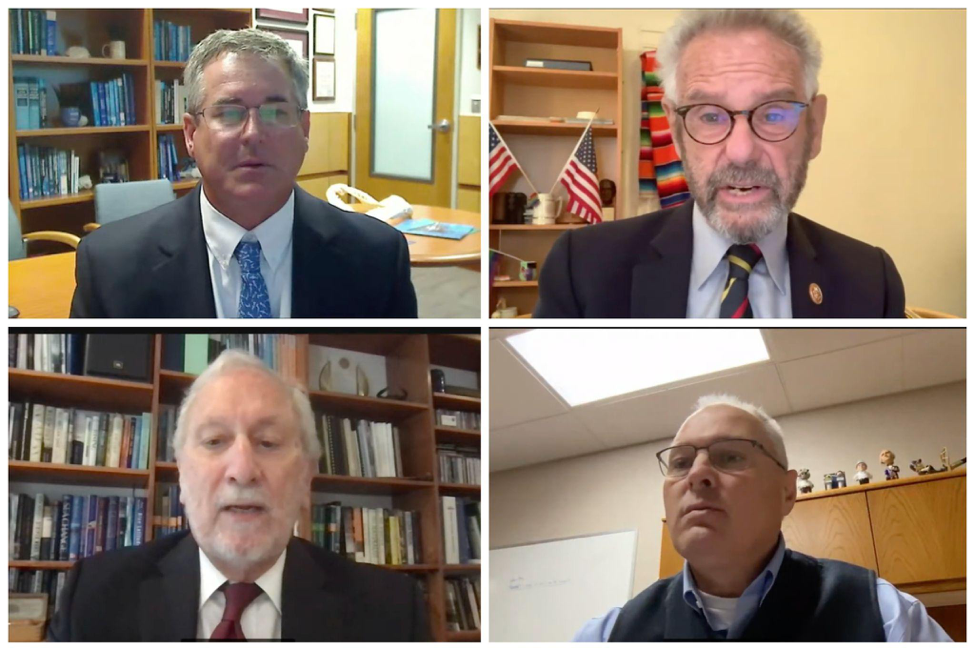 WASHINGTON — Some oil companies have evaded paying for their inactive offshore infrastructures, and American taxpayers could find themselves in hot water if they wind up with the clean-up costs, some lawmakers and experts agreed on Thursday.

“Without stronger regulations, things will get worse and coastal communities and taxpayers will pay a steeper and steeper price,” said committee Chairman Alan Lowenthal, D-Calif.

Following the recent oil spill in California, lawmakers are feeling the pressure to provide stronger federal oversight on offshore oil and gas infrastructure. With little economic incentive for companies to properly retire their oil wells, taxpayers are now “on the hook” for billions of dollars in offshore decommissioning costs.

The House Energy and Mineral Resources Subcommittee met this afternoon to discuss the issue. Earlier this year, this committee held a hearing on a house bill that would implement updated regulations for offshore oil and gas pipelines that specifically addressed the process of decommissioning them. No other actions have been taken with the bill.

Experts present at the hearing pointed out that the decommissioning process of retired oil wells could run anywhere from $30 to $50 billion; a fee range they suspect underestimates the cost of retiring these structures. This expensive decommissioning process encourages operators to “disappear” leaving many vulnerable oil wells with zero oversight to prevent oil spills in the future.

According to Rob Schuwerk, executive director of the North America Office of the Carbon Tracker Initiative, only about one-third of the offshore wells in the Gulf of Mexico have shown productivity in the past year. The remaining two-thirds have been inactive and have yet to be retired.

“As it is virtually costless to keep wells unplugged, companies have no incentive or time to unplug them,” said Schuwerk. “Operators are neither required to save for these [decommissioning] liabilities nor incentivized to decommission in a timely way, so they don’t.”

Experts further warn that the U.S. could run out of oil by the midcentury leading to a steep decline of offshore oil and gas production. Taxpayers will bear the pricey burden of paying for the decommissioning process, according to Schuwerk.

Donald Boesch, a marine science professor at the University of Maryland, said the U.S. will be dealing with the issue within the next decade or two.

“The U.S. is not alone in facing this predicament of holding corporations rather than taxpayers responsible for the cost of decommissioning,” Boesch said. “The nation sorely needs a smart strategy for this endgame.”

But Marine biology professor Greg Stunz said there is not a need for decommissioning all of the abandoned infrastructure and instead it should become part of the ecosystem. Leaving the infrastructure in the water has shown in some cases to be productive for fish biomass.

Stunz said he favored the “rigs to reefs” initiative as long as the retired infrastructure is properly “plugged” because of the positive benefits it brings to marine life and fisheries.

However, Stunz did concede that not all infrastructure should be left in federal waters. Improperly retired infrastructure is at risk of spills and leaks caused by pipes being moved by storms or torn by ships, which results in huge clean up costs.

“How much of the possibly $50 billion in offshore decommissioning liability is held by companies that are only a dragged anchor, a hurricane, a leaking pipeline or an oil price shock away from default,” said Schuwerk.

Rep. Jared Huffman, R-Calif., asked about potential ways of repurposing the current infrastructure for wind power or carbon capture. Meanwhile, Boesch said that there are discussions of ways to use the existing infrastructure but said he’s apprehensive about leaving the drilling infrastructure in the water.

“We’ve been managing these platforms one at a time, and we have to think of what’s going to happen over 100 years when all the iron melts, when it all rusts away and disappears, what’s the long term consequences of this,” Boesch said.