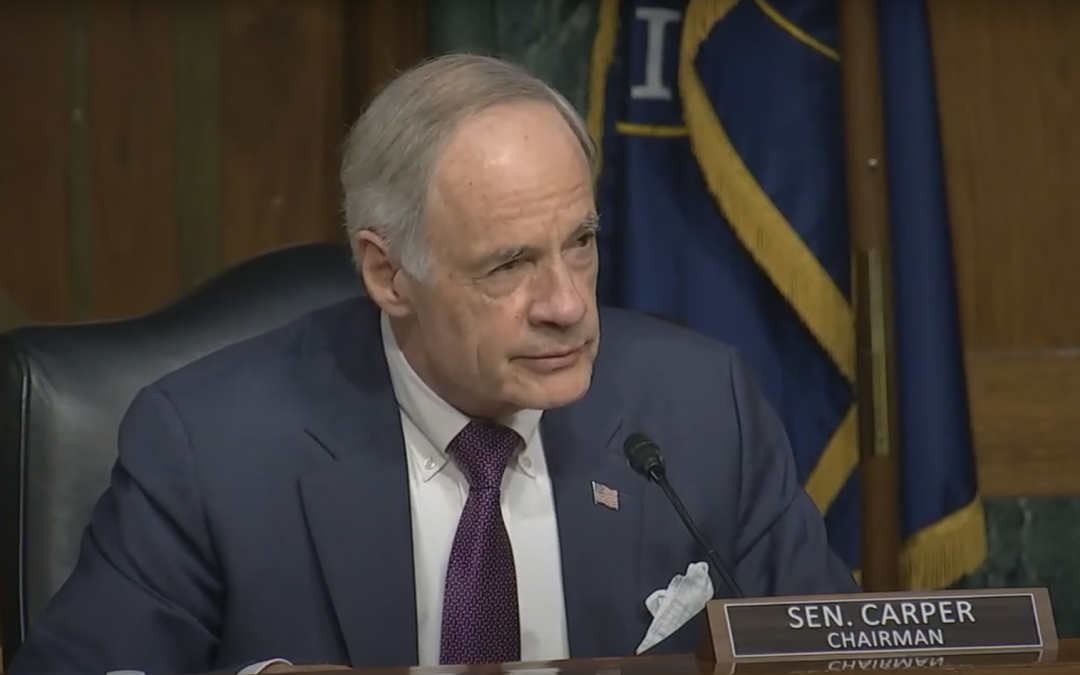 WASHINGTON–Lawmakers on Wednesday took steps that could close gaps in data on recycling facilities and programs in the United States and provide funding for pilot programs to improve recycling in underserved communities.

“The two bills we’re examining today represent our next steps to build on these efforts to turn the challenges of recycling and composting into opportunities to reduce planet-warming emissions and create good-paying jobs.”

The draft Recycling and Composting Accountability Act, co-written by Carper, D-Del., and Sen. John Boozman, R-Ark., aims to bolster the Environmental Protection Agency’s ability to gather data on recycling systems and to require a report that outlines ways the United States could implement a national residential composting strategy.

The draft Recycling Infrastructure and Accessibility Act of 2022, developed by Sen. Shelly Capito, the top Republican on the committee, would establish a pilot program of grants to improve recycling accessibility nationwide, with a focus on expanding recyclable services to low-income, rural and other underserved communities.

Carper, Capito and other committee members said the two proposals have bipartisan support.

“In this political climate, it is critical that we remember there’s a lot we agree on and we need to be diligent in identifying and pursuing those bipartisan opportunities to improve the future,” Capito said.

Food waste ranks first among materials sent to landfills and incinerators in the United States, according to the EPA. But Pashon Murray, founder of composting company Detroit Dirt, said the amount of food waste could be reduced by expanding services to transport it for processing.

“With stadiums, restaurants and any type of manufacturer of food, a lot of times that excess food is getting dumped in landfills or burned in incinerators because they don’t have enough [resources] to actually transport that excess material,” Murray said.

“I think there’s an opportunity to build on that and have more companies that are transporting … to help fill those voids.”

Lawmakers asked an official from the forest product industry, which produces and recycles paper, to weigh in on what other industries could learn to increase their own recycling rates.

In 2020, the paper recycling rate came in at 65.7%, almost double the overall national average across all materials for that year.

“I think that collaborative effort is the way that you improve,” said Charles Hairston, general manager for recycling at International Paper. “That has worked well for the forest product industry, and I think it’s something that other industries should look at if they’re having difficulties.”

The hearing tied into the committee’s broader interest in the circular economy, on which it held a hearing in September. A circular economy is one in which industrial processes and economic actions are designed to be restorative or regenerative and to eliminate waste.

“The term circular economy is going to be something to start hearing about, thinking about a whole lot in the days to come,” Carper said. “It’s a way of doing business that would mean less pollution from landfills and more efficient supply chains.”