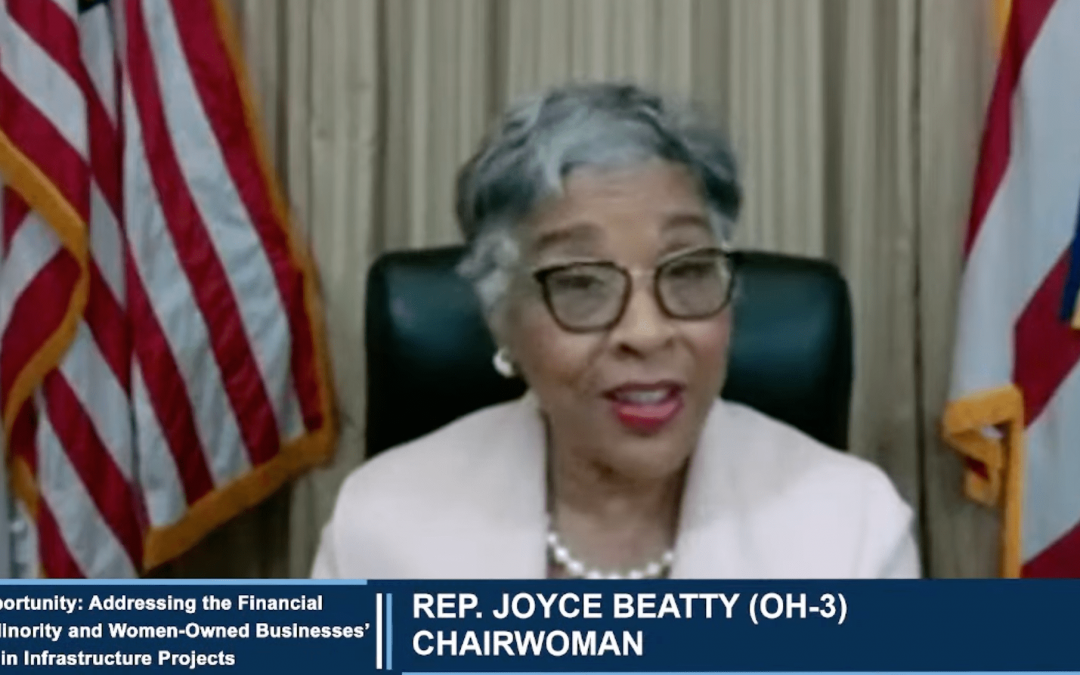 Minority and women-owned businesses risk being sidelined in federal contracts, awarded to implement the $1.2 trillion infrastructure bill that Congress passed last year, unless deliberate action is taken to ensure they have equal access to succeed in the bidding process, members of Congress and minority business leaders said Thursday.

“Today, Black-owned businesses are twice as likely to be rejected for loans, start with three times less in overall capital, and four in 10 entrepreneurs of color are too discouraged to even try for a loan for fear that they won’t get it,” Philip Gaskin, vice president of entrepreneurship for the Kauffman Foundation, said at a hearing of the House Financial Services Subcommittee on Diversity and Inclusion.

In a 2017 report, the Board of Governors of the Federal Reserve System found that one in four Black business owners reported they did not apply for credit, with 60% of those saying they assumed they would be turned down.

“We have no better opportunity to bring these entrepreneurs out of hiding than ensuring equal participation in rebuilding our infrastructure,” Gaskin said.

Several witnesses told the committee that larger contracting firms should mentor smaller, minority and women-owned businesses, which often are unfamiliar with the federal bidding process.

“Historically underutilized businesses risk falling into a cycle of underutilization,” said Farad Ali, president of Asociar, a Black-owned communications firm based in Plano, Texas. “… If you have a chance as a buyer to choose between a vendor that has more performance or less performance, you’re going to choose the one with more performance. So I think it’s critically important that we work on utilizing mentor-protege partnerships.”

“Because of the size of the dollar numbers on some of these big contracts coming out on infrastructure, you really have to try at the subcontractor level and bring people into the process,” Lynch said. “…Unless we make affirmative steps to educate people and help them become part of the process, they’re going to stay on the outside.”

Ying McQuire, president of the National Minority Supplier Development Council, said that in addition to better access to contracts, there needs to be “continued emphasis and action towards ensuring minorities have access to important financials and increased capital to grow their businesses.”

The subcommittee is considering several bills that would require the federal government to provide educational resources on how to raise capital for historically underrepresented small businesses, analyze lending to minority and women-owned businesses and provide equity investments for “low-wealth” business owners.