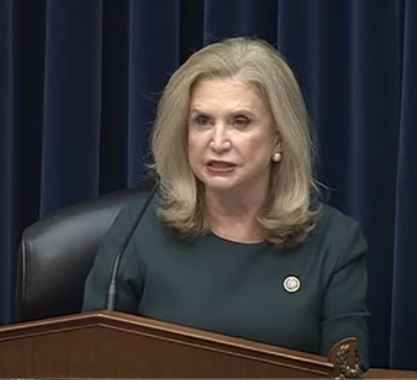 WASHINGTON — Climate change experts and advocates told a House committee Tuesday that sustainability pledges made by Big Oil companies mask the fact that their continued oil production means climate goals laid out in the Paris Agreement cannot be achieved.

“It’s pretty clear that the fossil fuel industry is currently using its climate pledges as a new form of climate disinformation and greenwashing, allowing them to continue oil exploration, allowing them to continue increasing their output overall, while simultaneously claiming that they are not,” said Tracey Lewis, a climate and energy policy counsel at nonprofit consumer advocacy group Public Citizen at a House Committee on Oversight and Reform hearing.

Oil and gas giants ExxonMobil, Chevron, Shell and BP have announced plans to achieve net-zero emissions by 2050 across company operations to produce, refine and process fossil fuels. But none pledged to cut oil and gas output over the next decade.

Democrats targeted Exxon and Chevron for scrutiny because of their plans’ failure to address consumer-driven emissions, known as Scope 3 emissions, that are the result of emissions from the vehicles that use the oil.

It’s this use of the oil, not its production, that represents the majority of the industry’s total carbon output.

The companies’ plans include carbon capture and storage — technology that can prevent carbon dioxide release and remove it from the atmosphere. The process would allow oil production to continue without upending Big Oil’s current business model.

When asked by Rep. Ayanna Presley, D-Mass., whether carbon capture “performed as advertised,” Pennsylvania State University atmospheric sciences professor Mark Mann said he did not see “any evidence” that a company could use the technology and produce energy without also creating emissions.

Fossil fuel companies are “not even close” to curbing emissions to stay below the 1.5 degrees Celsius global temperature increase limit established in the Paris Agreement, Mann said.

“Their investigation hasn’t turned up anything, no smoking gun, because there is not one,” said Rep. James Comer of Kentucky, the top Republican on the committee.

The committee originally intended to hold a hearing with one board member from Shell, Chevron and BP, and two from Exxon. But in a statement released last week, the panel said all but one of those invited to the hearing declined to appear. The hearing with Big Oil board members has been pushed to March 8.

“If they do not agree to appear, the committee will use every tool at its disposal to get the information we need,” said committee Chairwoman Carolyn Maloney, D-N.Y.

The hearing was part of the committee’s broader investigation into fossil fuel companies. Chief executives testified before the committee in October and denied inconsistency between their companies’ messaging on climate change and their internal findings.

Maloney issued subpoenas to the companies after the October hearing for internal and financial documents on climate science; clean energy; the role of each company and the fossil fuel industry in causing, addressing or responding to climate change; and marketing aimed at influencing public opinion, among others.