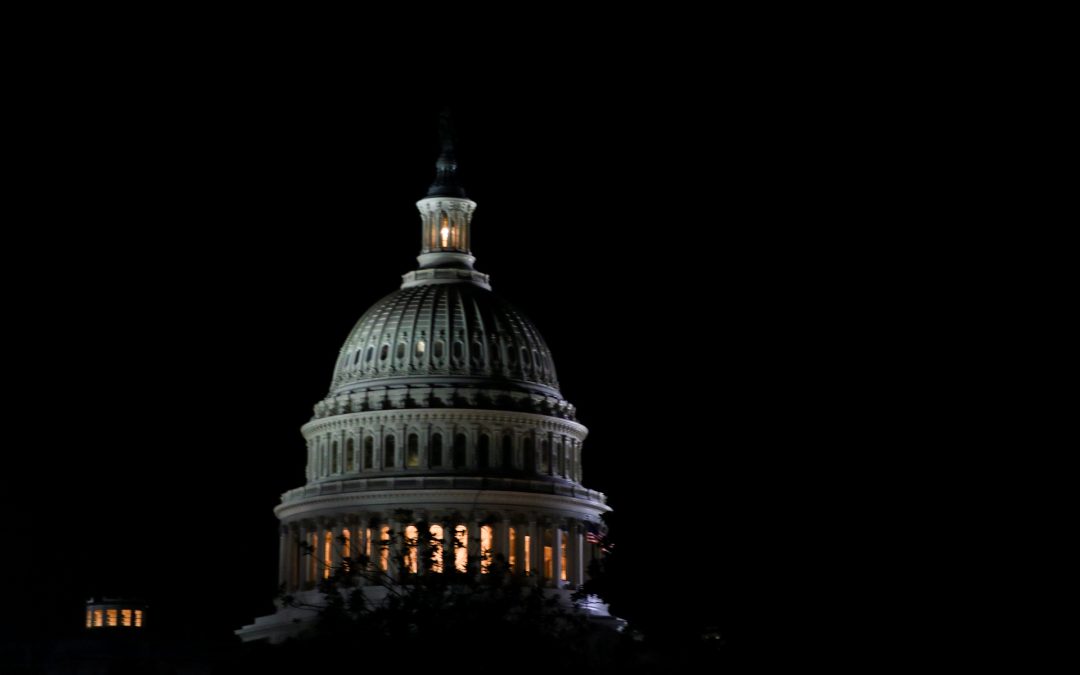 WASHINGTON — The climate crisis, which President Joe Biden has previously called an “existential threat to humanity,” received little attention during his first State of the Union.

“We’ll create good jobs for millions of Americans, modernizing roads, airports, ports, waterways all across America,” Biden said during his remarks Tuesday, “and we’ll do it all to withstand the devastating effects of climate change and promote environmental justice.”

The president’s address before a joint session of Congress at the Capitol included mentions of everything from the Ukraine conflict to inflation to the rising costs of prescription medications. However, resolving the climate crisis and creating green-energy jobs received only two lines in the 62-minute speech.

Biden again promised to “cut energy costs for families an average of $500 a year by combating climate change” by working with Congress to enact investments and tax credits for clean energy manufacturers.

The president also briefly touted his accomplishments in getting the recent infrastructure deal passed, which will expand a national network of electric vehicle charging stations and access to clean drinking water.

U.S. running out of time to catch up to climate crisis

Biden’s remarks came the day after the Intergovernmental Panel on Climate Change presented its sixth assessment to the United Nations. In the report, scientists detailed imminent climate threats, which they said will be irreversible if countries do not start making environmental reforms.

The IPCC report said wealthy countries need to do more by being at the forefront of giving financial aid to low-income nations to adapt to climate change.

United Nations Secretary-General António Guterres said in a statement unchecked carbon pollution is forcing the world’s most vulnerable people and environments to destruction.

“Today’s IPCC report is an atlas of human suffering and a damning indictment of failed climate leadership,” Guterres said.

Also on the day the IPCC report was released the Supreme Court heard arguments in a historic climate case, West Virginia v. EPA. Coal companies and several Republican states, led by West Virginia, argued to the justices that the EPA’s powers to enact the Clean Power Plan from 2015 should be limited.

Read more on the case here.

Biden has previously tried to rally the international community to take up aggressive action to cut greenhouse gas emissions. The U.S. pledged last year to cut emission levels as part of an overall 50% reduction in U.S. emissions from 2005 levels by 2030.

Responses to the Address

Sen. Ted Cruz, R-Texas, said in an interview that the president “laid out a speech that covered over many of the enormous challenges facing this country right now.”

Cruz said Biden did not take responsibility for “the policies of this administration attacking domestic energy production that have played a direct role in driving up the cost of energy.”

Others however were pleased with the president’s overall sentiment.

“I thought it was more bipartisan than a lot of things lately and I think that was really important,” Sen. Amy Klobuchar, D-Minn., said.

The Environmental Defense Fund, a climate advocacy group, said the Biden administration will continue to focus on the climate crisis even though recent events in Ukraine influenced what took precedence in the president’s speech.

“I think world events sort of intervened in the last week. I would have anticipated more being said about what’s already being accomplished as well as what’s being sought,” said Toby Short of the EDF.

“But at the same time … the whole government approach has done enormous work on moving the climate agenda forward,” Short said.