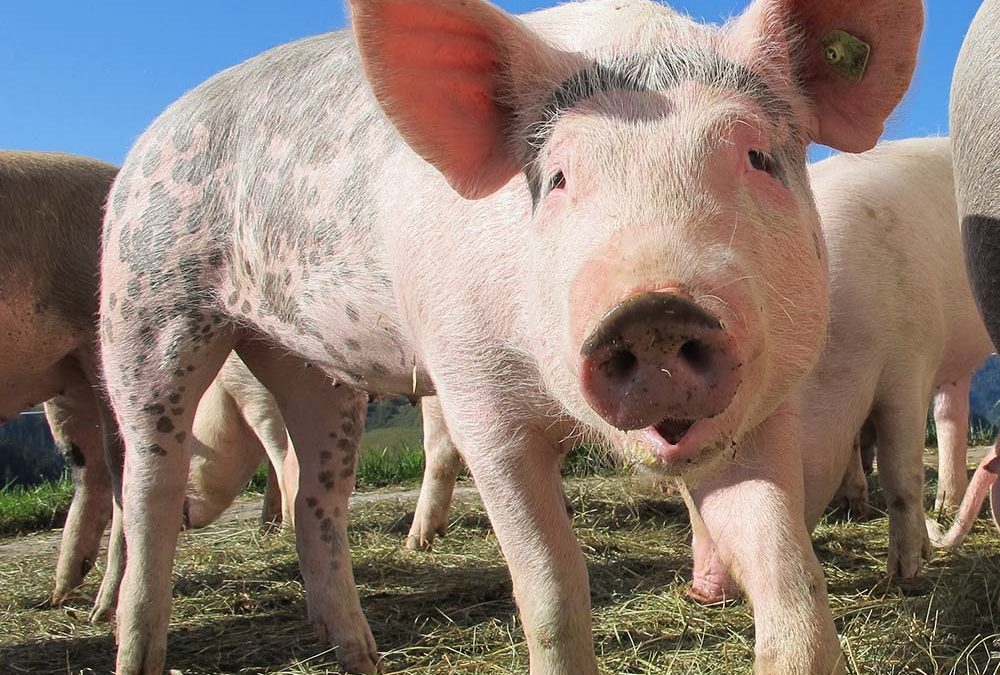 Image by Marion Streiff via Pixabay

WASHINGTON – The state of California and the National Pork Producers Council presented arguments to the U.S. Supreme Court on Tuesday, debating California’s move to ban the supply of pork from producers who fail to meet strict animal welfare requirements. However, the wide-ranging debate of constitutional and economic issues ignored a key topic – the pigs.

The pork industry trade group argued that California’s incoming regulations would unfairly burden pork producers across the country by requiring them to meet California’s animal welfare standards, which would impose an undue limitation on interstate commerce. California, on the other hand, defended its regulation as a legitimate, in-state issue. Because farm animals in the U.S. do not have a universal right to welfare, these arguments turn on whether a state’s individual morals can justify a restriction on interstate commerce, rather than the wellbeing of the pigs.

Proposition 12 was enacted in 2018 after 62% of Californians voted in favor of banning the sale of pork from breeding pigs, or a breeding pig’s offspring, where the sow is confined to less than 24 square feet of usable floor space.

“California voters chose to pay higher prices to serve their local interest in refusing to provide a market to products they viewed as morally objectionable and potentially unsafe,” said Michael Mongan, California’s Solicitor-General.

According to the trade group, this regulation constitutes a breach of the dormant commerce clause – a legal doctrine inferred from Article I of the Constitution. Under the doctrine, states may only enact restrictions that discriminate against, or unduly burden, interstate commerce if that effect is incidental and proportional to a legitimate local interest.

In other words, the purported benefit of the law must outweigh the burden placed on interstate commerce. As consumers of 13% of the nation’s pork market, California’s regulation will significantly impact pork producers across the country. According to the pork industry trade group, animal welfare concerns do not constitute a legitimate local interest to outweigh this.

His argument that the pigs’ welfare is not a legitimate public interest reflects the fact that animal welfare is not widely protected in the U.S. This sets the U.S. apart from a number of countries – the United Kingdom and New Zealand are just two examples of countries with national legislation that requires any person responsible for animals to ensure their protection.

Animal sentience is also becoming increasingly accepted around the world. At least 39 countries expressly recognize it in legislation. Although often ill-defined, the Sentience Institute describes it as “the capacity to have positive and negative experiences, usually thought of as happiness and suffering.” France, which recognized animal sentience as early as 1975, paired this with a requirement that animals be kept in conditions that are appropriate to the “biological … requirements of their species.”

In accordance with increasing awareness, numerous countries are moving towards the prohibition of restrictive gestation crates for sows. New Zealand, which expressly recognized animal sentience in 2015, is working to phase them out following a 2020 High Court decision, which found that they are unlawful under the country’s Animal Welfare Act.

In the U.S., animal welfare laws are sparse and often state dependent. Justice Ketanji Brown Jackson pointed out that the distinction between humanely-raised and inhumanely-raised pork is not universally held. “If it were, I would think the market would have already accounted for it everywhere,” she said.

Oregon, Maine and Illinois are among a number of states that have recognized animals as sentient beings – either explicitly or implicitly. But protections at a federal level are limited. The Animal Welfare Act of 1966, a primary piece of animal protection legislation governing the treatment of animals in research, exhibition, and transport, expressly excludes farm animals from its definition of “animals.”

Nine states have banned the use of gestation crates for breeding pigs, but Massachusetts is the only other state to ban the sale of pork raised using them. This law, which was set to take effect in August, has been temporarily blocked by the state’s district court pending the Supreme Court’s decision.

This lack of animal welfare protection was apparent on Tuesday. Because there is no clear basis to assume that animal welfare is a legitimate interest across the nation, California’s disagreement with the treatment of pigs in other states is not sufficient to support Proposition 12, argued Edwin Kneedler, counsel for the Department of Justice.

Instead, the arguments focused on whether a state’s values may constitute a “legitimate local interest.” A number of justices seemed concerned about the consequences of finding that they could. They questioned the possibility of a floodgates effect, offering analogies where a state may prohibit the sale of goods produced in other states by workers who do not earn a fair minimum wage, or have access to union membership.

“A lot of policy disputes can be incorporated into laws like yours,” said Justice Elena Kagan. “You could have states doing a wide variety of things through the mechanism of saying ‘unless you comply, you can’t sell goods in our market’.”

These concerns leave substantial uncertainty in this case. Unusually, its appearance in the Supreme Court comes at a preliminary stage. The Court must decide whether the pork industry has an arguable case under the dormant commerce clause. If so, they will send it back to lower courts for a fuller exploration, an outcome which seems likely, based on the number of questions from the bench on Tuesday.