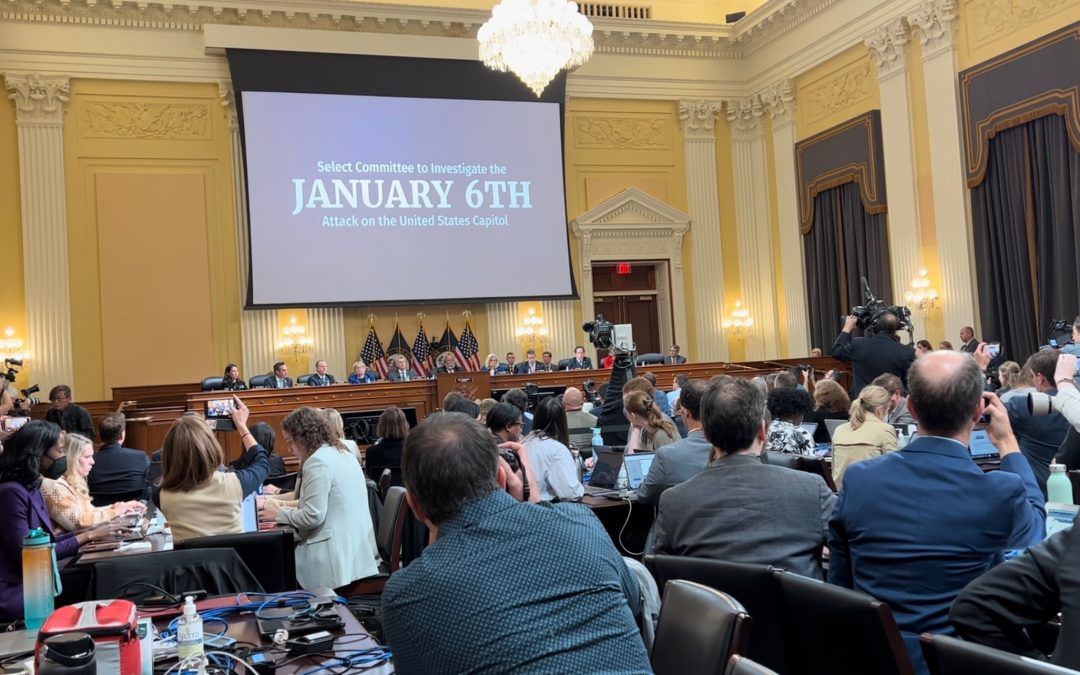 WASHINGTON – In what was likely their final hearing, members of a select committee investigating the Jan. 6 insurrection at the Capitol voted unanimously on Thursday to subpoena former President Donald Trump.

Throughout the hearing, members’ made the case that Trump was the main cause of the insurrection and had a “premeditated” plan to overturn the election.

Moments before the vote, Chairman Bennie Thompson, D-Miss., said “He [Donald Trump] is the one person at the center of the story of what happened on January 6. So we want to hear from him.”

“We also recognize that a subpoena to a former president is a serious and extraordinary action. That’s why we want to take this step in full view of the American people,” Thompson added.

Members emphasized that the subpoena was a way to hold the president accountable for his role as he continues to deny the results of the 2020 election.

It is rare for a former president to be subpoenaed by Congress. Only four former presidents have been called to testify once they left office: John Tyler, John Quincy Adams and Harry Truman.

In a 14-page statement, Trump dismissed the vote, but did not mention whether he will comply with the subpoena.

“This memo is being written to express our anger, disappointment, and complaint that with all of the hundreds of millions of dollars spent on what many consider to be a Charade and Witch Hunt…,” he wrote in a statement.

In addition to the vote, the committee presented evidence that agents knew about possible violence days ahead of the attack. As Rep. Adam Schiff, D-Calif., detailed the new evidence, a screen behind him displayed excerpts of the warnings. One said: “Their plan is to literally kill people. Please please take this tip seriously and investigate further.”

In prior testimony, certain White House and Secret Service witnesses said that they received no intelligence prior to Jan. 6.

Other members of Congress were also seated in the hearing room Thursday, including Rep. Cheri Bustos, D-Ill., who called the revelation a “bombshell.”

“We saw documentation that they knew in advance that there was an armed mob, that they would storm the Capitol, and you’ve got Capitol Police who were sitting ducks trying to protect those of us who were at the Capitol that day,” she said during the recess. “It’s alarming and there’s a lot more answers we need to know.”

Like the past hearings, new testimony footage was played, including the scene from within the Capitol on Jan. 6 as members of Congress were rushed to a secure location. At one point in the video, a bipartisan group gathers to find a way to secure the Capitol and continue with the confirmation of electoral votes. Those in the huddle were Speaker of the House Nancy Pelosi, then-Senate Majority Leader Mitch McConnell, then-Senate Minority Leader Chuck Schumer, House GOP Whip Rep. Steve Scalise and Senate GOP Whip John Thune.

This hearing has been labeled as the “possible” final hearing. Tim Hasty, chief investigative counsel, told reporters that the committee’s schedule is unclear as investigations are still ongoing. The committee must still publish its official report, which is expected by the end of the year. The committee may also decide to make criminal referrals. According to Rep. Jamie Raskin, D-Md., the committee’s goal is to recommend legislation to prevent another insurrection in the future.

More questions surrounding if or when Trump will testify still remain. However, the subpoena will be issued at Chairman Thompson’s discretion.

Following the hearing, Chairman Thompson told reporters he wants to ask Trump about everything presented Thursday.