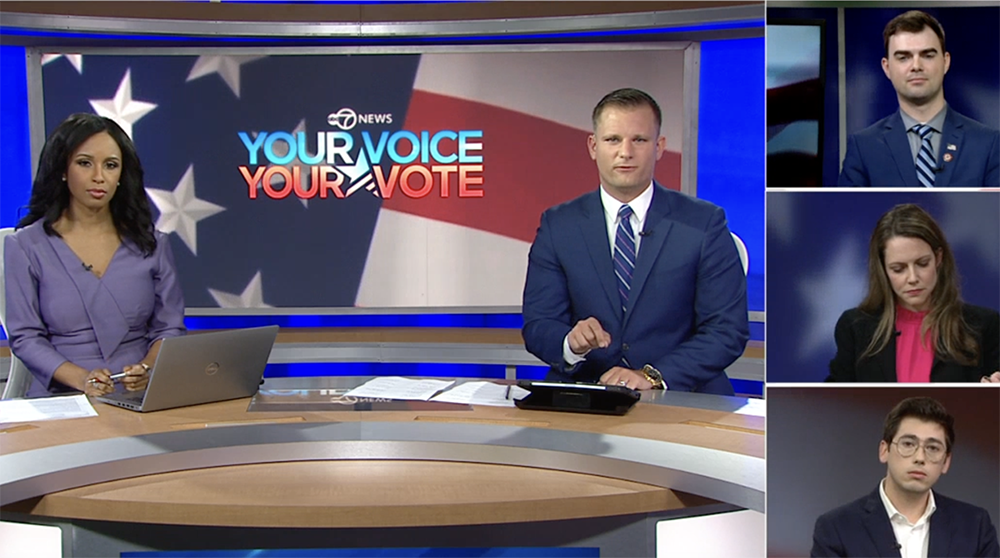 WASHINGTON – Just two months after Loudoun County Public Schools released a report on its plan to increase equity in its schools, three candidates for that Northern Virginia county’s school board presented opposing views on the subject during a debate last week.

The debate comes at a time when school boards across the country are fighting over critical race theory in curriculum and how much attention K-12 schools should give to equity and inclusion.

In the first question, 7 News correspondents requested candidates respond to parents who believe the county’s recent equity initiatives are being used as cover for critical race theory.

One candidate emphasized the importance of the initiatives, another criticized them while the third dodged the question entirely.

Nicholas Gothard, a small business owner and public policy advocate, said the county’s equity initiatives are evidence of first steps towards fairness in education regardless of income or color.

He said some groups of students of color, especially economically disadvantaged ones, have lower literacy rates and poorer test scores.

“I think it’s important that we take strides toward making sure that every student has a fair shot in their public school system,” he said. “When it comes to equity, I think that absolutely must maintain a strong focus of our school system, but we need to be results-driven and policy focused in its application.”

But Tiffany Polifko agreed with parents who say the board pays too much attention to issues of identity which hurt academic outcomes for students.

“I understand how important it is for us to maintain excellence in academics,” she said. “I would fight to remove any sort of identity politics from the curriculum.”

Polifko said she believes tenets of critical race theory have been funneled into classrooms through programs like Social-emotional learning, a process in which children “develop healthy identities, manage emotions…and show empathy for others,” according to the Collaborative for Academic, Social, and Emotional Learning.

Polifko, a parent and behavior analyst that works with children on the autism spectrum, spoke to parents’ concern.

“Teaching children about gender identity, white supremacy and racial bias… And this is not appropriate and we need to remove that from the classroom,” Polifko said.

Meanwhile, the third candidate, Andrew Hoyler, focused on the county’s failure to attract adequate federal funding for its low-income students.

Experts say confusion around critical race theory is a result of conflating the idea with culturally-responsive teaching, a practice referred to by the same abbreviation, CRT.

Christopher Sewell teaches a course at New York University’s School of Professional Studies called Exploring the Two CRTs: Critical Race Theory and Culturally-Responsive Teaching, which aims to “demystify” the two concepts.  He defines critical race theory as an academic concept which derives from legal frameworks that identify racism in systems and policies rather than individual people.

Loudoun County Public Schools held focus groups of teachers in 2019 at 24 schools and found a “low level of racial consciousness and racial literacy” in schools.

In schools across the county, “discipline policies and practices disproportionately negatively impact students of color, particularly Black/African-American students,” according to the report on the equity plan.

Loudoun County Public Schools will hold an equity committee meeting tomorrow to review and recommend policies to the school board to “support the district toward being a culturally competent school system.”