Republicans eye the SEC’s climate-related disclosure regulations, should they take control of congress 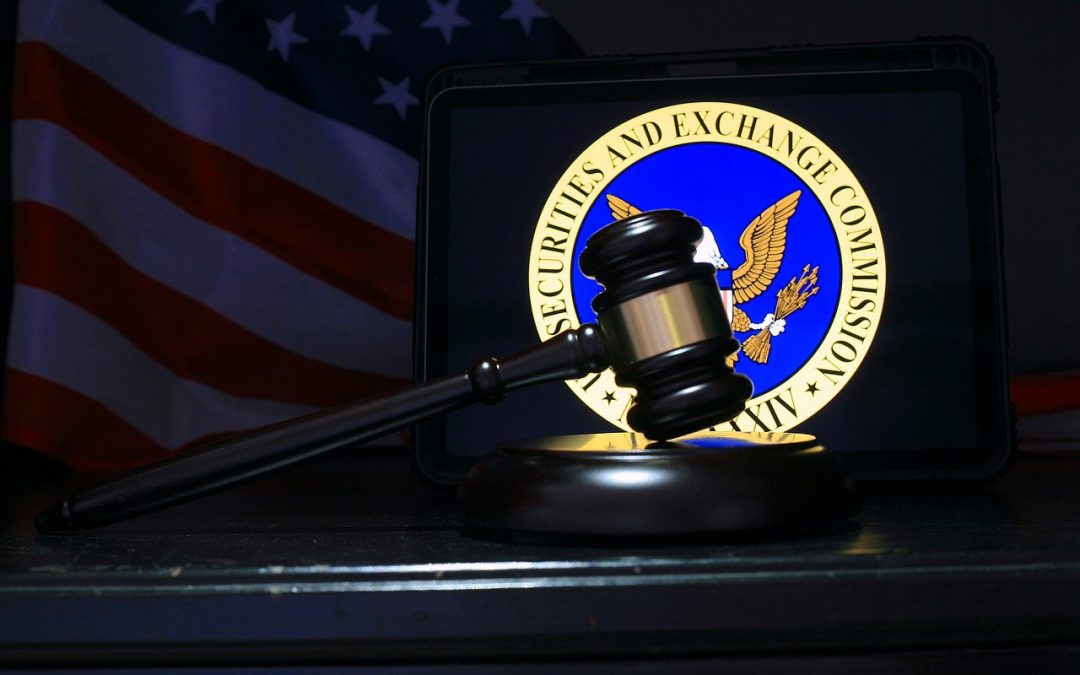 Image by Sergei Tokmakov from Pixabay

WASHINGTON — After the Securities and Exchange Commission held more than 150 meetings this year with investors and other stakeholders interested in its pending regulations that would require companies to disclose climate-related risks and greenhouse gas emissions, some Republicans say they would block further consideration if the GOP gains control of the House next week.

The proposal, which would apply to any company registered with the SEC, has elicited more than 14,000 comments. The climate risks companies would be required to report could range from physical hazards, such as properties located in flood-prone areas, to transition risks, such as new governmental regulation to reduce emissions.

The SEC’s proposal is one of many environmental priorities advanced by President Biden that could be in jeopardy if Republicans take over Congress.

“Politics should be separate from markets,” said Danielle Fugere, president of shareholder advocacy group As You Sow. “The world is transitioning towards a greener economy, and markets are adjusting to that. It is absurd for lawmakers to think that they’re going to put a stop to that progress. It would be detrimental to U.S. businesses.”

The SEC’s proposal echoes a global push to use finance as a means to drive climate action. More than   700 investors, managing a collective $68 trillion in assets, comprise the Climate Action 100+ initiative. They are urging large greenhouse gas emitters to improve climate governance, strengthen climate-related disclosures and prepare the financial system for losses caused by climate change.

“Science has shown us that we are going to face increasing negative effects from the climate crisis that could impact our financial system,” said Tracey Lewis, policy counsel for Public Citizen, a progressive consumer rights advocacy organization based in Washington. “Do we wait until these bad things happen, and then scramble? Or do we prepare our system for those shocks?”

Regulators around the world have chosen the latter option, introducing similar climate disclosure rules or committing to do so. The SEC’s proposal would keep the U.S. progressing towards a greener economy alongside the EU, U.K., Japan, Hong Kong, Singapore and New Zealand.

However, some Republicans and business groups view these rules as an unnecessary burden on the companies required to comply with them.

Rep. Chris Stewart (R-Utah), a member of the House Appropriations Committee, told SPGlobal in September that he and his colleagues would take steps to block the new regulations if Republicans gain control of the House in Tuesday’s elections. They would consider defunding the SEC’s climate risk disclosure work by attaching the move to a government funding bill and threatening a government shutdown, he said.

Congress can pass large funding bills up to three times a year, which, unlike other legislative proposals, cannot be filibustered in the Senate. By attaching the move to one of these bills, it could be passed with a simple 50 percent majority.

“The question then becomes: Is the president or our Democratic leaders willing to endure, or have the country endure, a potential government shutdown over this language?” he told SPGlobal. “I can’t imagine that they would.”

Some of this opposition comes down to a company’s obligations to its shareholders. According to the American Legislative Exchange Council (ALEC), a conservative, business-backed organization that drafts model legislation at the state level, public companies have fiduciary responsibilities to maximize returns for their investors and are not allowed to detract from this goal with superfluous considerations like political or social issues.

“The SEC proposed rule would … [elevate] climate concerns over the investors’ fiduciary responsibility,” ALEC said in a statement.

But investor representative groups say the consideration of climate-related risk is part of a company’s fiduciary obligation.

“Climate is an economic risk for many companies,” said Steven Rothstein, managing director of the Ceres Accelerator for Sustainable Capital Markets. “That can be because of their location and the physical risks of floods, fires and tornadoes. Or because of transition risks as we implement new taxes, new policies, and shift technologies, like from gas cars to electric cars.”

Investors will recognize the importance of this information irrespective of moves in Congress, he said. Both Rothstein and Fugere agree the push for climate-related disclosure will be ongoing, as evidenced by a number of global developments that have stimulated interest in the topic.

The Taskforce on Climate-Related Financial Disclosures (TCFD) was launched in 2015 by the Financial Stability Board, an international body that monitors financial stability. The board directed the taskforce, chaired by former New York Mayor Michael Bloomberg, a billionaire philanthropist focused on climate change, to develop recommendations for climate-related financial risk disclosures that could be used by public companies, banks and asset owners to provide consistent and comparable information to investors.

The disclosures were designed to help financial markets price the risks posed by climate change and assist investors in making informed decisions. This would, in theory, help to prevent economic shocks when climate change-driven events cause financial losses or climate regulations affect markets.

While the SEC’s proposal does not impose emission-reduction requirements, the rules are necessary, Lewis said, so that investors can make informed decisions about where their money goes with the information it would provide.

“People don’t invest money to lose money,” Lewis said. “They have a right to know if they are investing in a company that could end up with stranded assets.” These are assets, such as oil reserves, that become worth less than expected, or nothing at all, due to the transition to a greener economy.

Some of these disclosures have proved particularly contentious among objectors, including the requirement to report “Scope 3” emissions from a company’s suppliers and other entities the company indirectly impacts, according to EPA guidance.

For some critics of the proposed SEC regulation, this imposes an unfair burden on small businesses.

More than 100 lawmakers from both parties signed an open letter in July, opposing the requirement as it will apply to farmers.

“To do business with public companies, small farms would be required to disclose a significant amount of climate-related information,” the letter read. “But unlike large corporations, small farms do not have full-scale compliance departments.”

According to Fugere, these challenges are not greater than the benefits that would be obtained from disclosure.

“Larger companies need to provide some assistance and direction but it’s not an impossible task,” she said. “From an investor standpoint, if you’re a company that has a large supply chain, and you aren’t asking your suppliers if they’re addressing climate risk, and you aren’t asking them to reduce emissions, then it’s more difficult to reduce your own.”

It has been broadly acknowledged that these disclosures are new, and a learning curve for companies and investors alike. The challenge of implementing the SEC regulations, and the learning curve they represent for companies and investors, are reflected in the number of meetings that SEC officials have held with stakeholders this year. But, given investor demand, it could be hard to justify abandoning the proposal, Fugere and other supporters say.

Fugere is confident that many companies would continue to report voluntarily even if a Republican-controlled House did block the SEC’s proposal from advancing.

Rothstein agreed that many companies will continue to respond to investors’ requests, but expressed concern that disclosure would be less effective without the SEC in the middle. In his view, it would be harder for investors to compare information without reporting companies following one uniform framework.

“U.S. companies would have to look to international disclosure rules if there are no U.S. ones to default to, and that would be an enormous challenge,” he said.