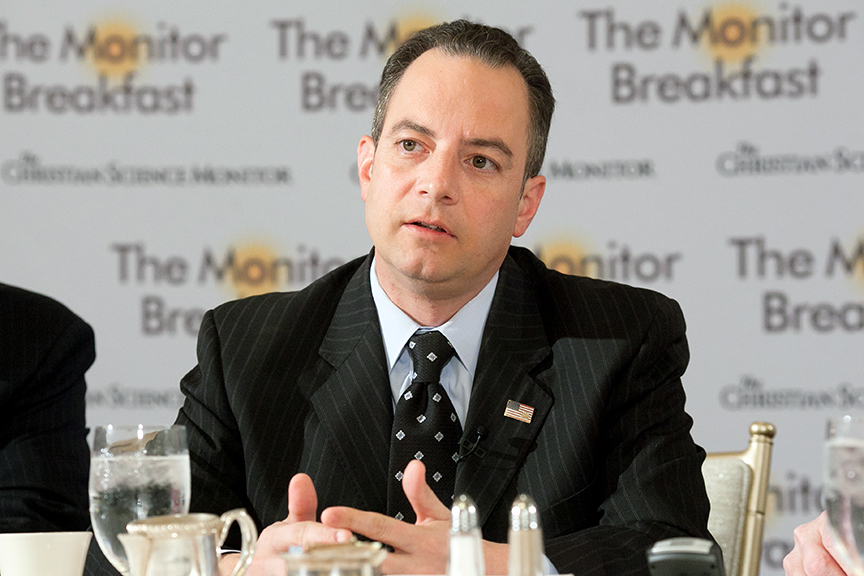 To translate their sweeping victory in the midterm election to a winning White House bid in 2016, Republicans must play an error-free game over the next two years, the chairman of the Republican National Committee told reporters Friday.

“I think we’ve got to be about perfect as a national party to win a national, cultural vote in this country,” said RNC head Reince Priebus. “I think the Democrats can be good and win. We’ve got to be great.”

Speaking at a Christian Science Monitor breakfast, Priebus said the GOP ground game in 2014 was superior to the Democrats strong effort to get out their vote on Election Day.

“If anyone’s going to tell you … that the reason the Democrats lost is that their ground game stunk, they don’t know what they’re talking about. The fact is we were just a whole lot better than we’ve ever been,” he said.

As examples of the GOP’s stepped-up ground game to identify sympathetic voters and get them to the polls, Priebus cited efforts to reach out to black and Hispanic voters in states like Georgia and Texas, and improved data mining techniques to identify voters who are likely to prefer Republicans, but unlikely to vote without prodding.

More work on the ground needs to be done, the chairman added.

“We’re going to have to be three times bigger than we were in 2014. It’s going to take a massive amount of money and a huge paid program in the battleground states starting immediately,” he said. “We’re not pulling staff out of any battleground states … I think we need to have a full-blown field operation in place by March in Florida, Ohio and Virginia.”

One potential hiccup in Priebus’ plan is a political party that at times appears fractured with a tendency to turn on its own during primary battles. Priebus said the party is prepared to rethink how its presidential candidate gets nominated, including steps to shorten the primary season and reduce the number of debates.

Another potential threat is that continued gridlock on Capitol Hill will work against the Republican Party, which will control both the Senate and House, beginning in January. President Barack Obama and members of the Republican leadership all touted the need for cooperation in the days following Tuesday’s election. But partisanship quickly reared its head after the president’s pledge to sign an executive order on immigration reform before the end of the year.

House Speaker John Boehner said such action would amount to “poisoning the well” and that Obama was “playing with matches” and likely to get “burned.” Sen. Mitch McConnell, soon to be the Senate majority leader, said Obama was “waving a red flag in front of a bull.”

And on it went.

Priebus said Friday that signing an executive order on immigration would be like throwing kerosene on a fire, and a “nuclear threat.”

Whatever happens with Obama’s immigration plans, it’s difficult to imagine the two parties getting along and passing comprehensive legislation in the near term. Whichever party can successfully avoid blame for the anticipated bickering and gridlock may gain the advantage in advance of the 2016 election.

As for his own future, Priebus says he hasn’t made a decision yet, but that he’s “leaning” toward a third term leading the RNC, the national party’s organizational arm.

“I haven’t really had that serious conversation at home,” he joked, “I guess it’s gonna happen tonight.”