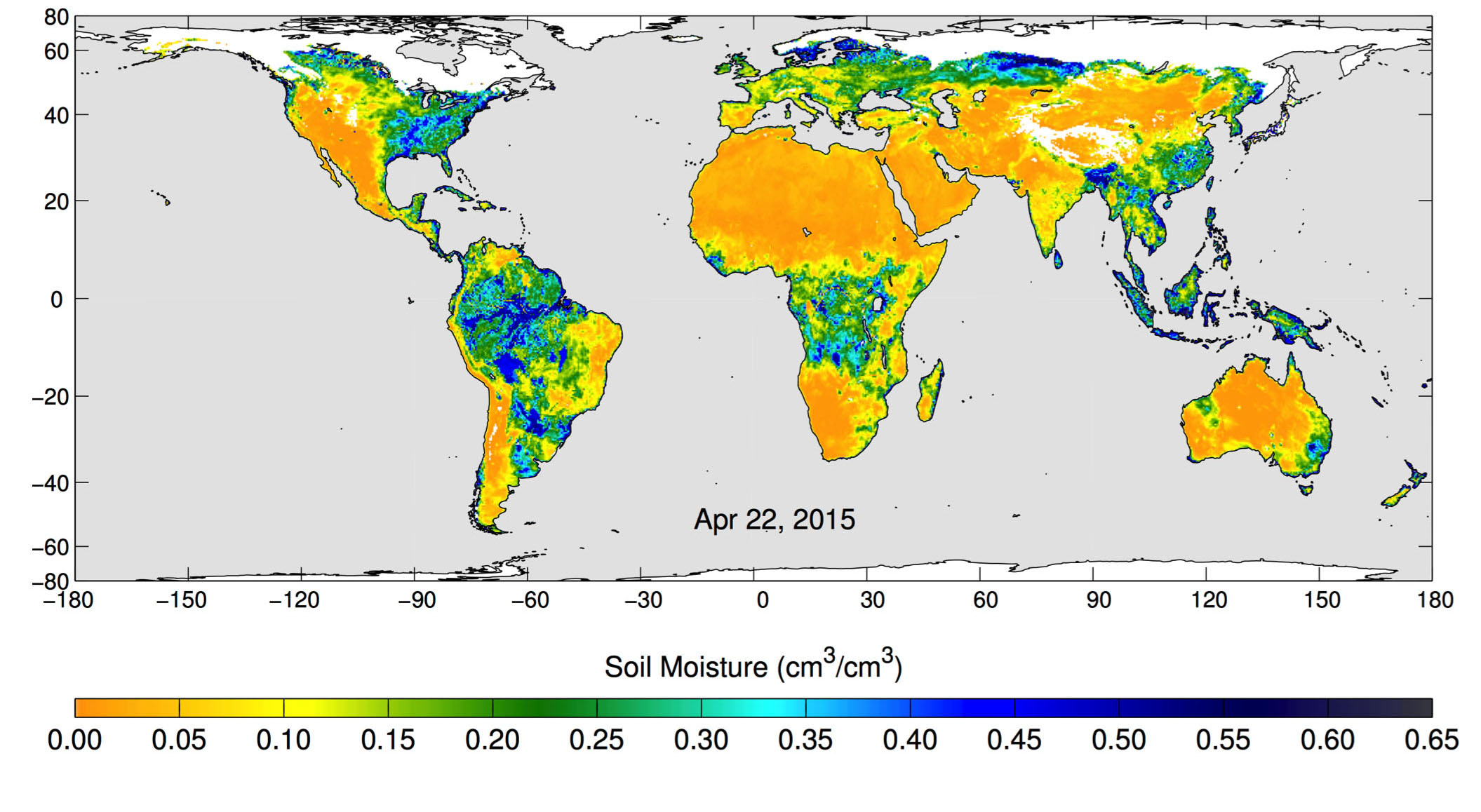 WASHINGTON — New advances in satellite mapping data could soon help analyze and fight droughts in California and the Southwestern U.S. by tracking the amount of water locked in soil. But problems in the design of the NASA program have caused temporary delays.

NASA’s SMAP mission, short for Soil Moisture Active Passive, began its formal data collection operation in May. That’s two months later than what was initially projected, according to a report by the Government Accountability Office.

The delay of launch date, from November 2014 to January 2015, was caused by technical issues the science team identified in September of last year. “But the technical issues didn’t require up to three months to address. We probably needed about a month and half, so we could be ready in November,” said Simon Yueh, SMAP’s project scientist at NASA’s Jet Propulsion Laboratory, which is managed by the California Institute of Technology for Earth-orbit and astronomy missions. Yueh said they waited for another two months for the availability of the Vandenberg Air Force Base.

The SMAP observatory carries two instruments — a radar (active) and a radiometer (passive) — that will map soil moisture and determine whether the area being mapped is frozen or thawed. Both the radar and radiometer share a common antenna and external “feed assembly.”

The technical issues that caused the delay in launch date occurred during the mission’s test period. According to the GAO report, the reflector boom assembly experienced anomalies that caused its mesh antenna to not open or “bloom” correctly.

“The way NASA designed and tested the mission, before we launch the rocket into the space, is that the risk had to reach a level that’s low enough,” said Yueh. “So we did additional testing.” Yueh said the science team resolved the technical problems and reviewed the whole mission with NASA before launch.

Despite the delay of launch date, the overall life cycle cost of the project had a slight decrease from $916.4 million to $914.5 million. NASA requested $61.1 million more for SMAP in FY2013 than it had in the previous fiscal year. But according to statistics provided by the GAO and by Shelby Oakley, who has been watching the SMAP mission since 2009, the requested amount of money was previously set aside in the project’s cost reserves and was ultimately used to meet the higher operation cost caused by delay of launch date. Meanwhile, a decrease in development cost allows SMAP to run within its initial life cycle costs.

“NASA does follow established Program Management practices associated with cost control and accountability,” said project participant Steve Cole of NASA. “To date nothing has been identified that would cause the prime mission costs to increase about what is in the current budget request.”

As of May 19, SMAP has gone through its commissioning phase — the first three months in orbit to ensure data reliability. During this period, SMAP has provided images of soil freeze/thaw status with 1.9-mile (3-kilometer) resolution for land areas north of 45 degrees North latitude, allowing scientists to capture the progression of spring snow melt northward across Alaska, the boreal forests of northern Canada and large areas of Russia. 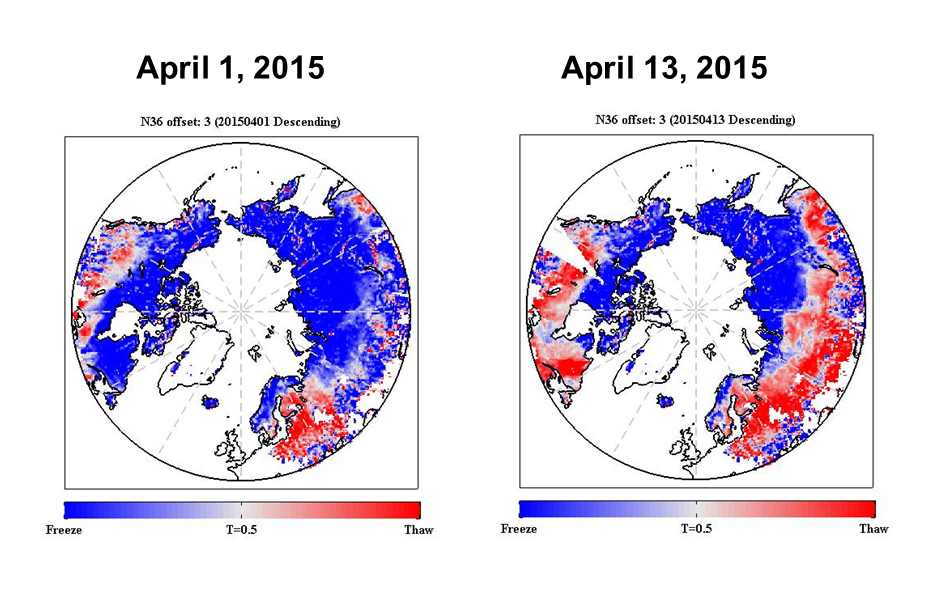 Although the resolution isn’t as sharp as scientists had hoped, “This is a vast improvement over any prior attempt,” said Todd Caldwell, a water scientist at University of Texas at Austin. “As the data becomes more operational in climatology, agronomy and hydrology, there will be even more push to improve the spatial and temporal resolution of the next generation of soil moisture satellites.”

The satellite data will be used at first to help farmers contend with record drought conditions that have caused billions in damages.

SMAP helps measure the Earth’s moisture in the top two inches (five centimeters) of topsoil every two to three days. This mapping data is crucial for drought-stricken areas because of the satellite’s ability to track the amount of water locked in soil.

“When we grow the crops, the crops depend on how much water are available in the soil, so the farmers can know how much additional water they need to use for irrigation, ” said Simon Yueh. “So soil moisture can provide information about where to grow the crops and also for water management.”

The new technology could help locals like Robert LoBue, the owner of an 81-year-old citrus farm of 1000 acres in Lindsay, California. Now, because of the drought, he
has to water the trees by smaller blocks to conserve water. The orange and lemon trees produce less fruit because of the drought, and it costs more to cultivate them.

LoBue is one of those farmers who are not yet convinced about SMAP’s usefulness. He relies mostly on instinct and experience. For information about soil conditions, instead of referring to satellite mapping data directly, he has consultants come and take samples.

Todd Caldwell said the soil moisture data will be even more helpful for state and county level crop forecasts. But, he said, “It may take some time for policy and decision makers to adapt to it.”

John J. Lacey-King, of California Department of Water Resources, said satellite mapping data is not yet a source of their water analysis. “We may get there, but we are still learning how to use it,” he said. “From a cost perspective, satellite imagery may not be as accurate as the airplane imagery, but it’s more cost-effective, so satellite imagery looks more promising than air plane imagery.”

The SMAP data can help in a number of other ways as well.

Those include weather forecasts, flooding monitoring and other water-related problems. “The flooding can be contributed by many factors added altogether. One is precipitation, and another is the condition of the ground,” said Yueh. “If the soil is already saturated, then the additional rainfall becomes what we call the runoff because they have nowhere to go, then all of a sudden all the water just go into the river channel.” In that sense, the SMAP data helps forecasting potential flooding and reducing damages. 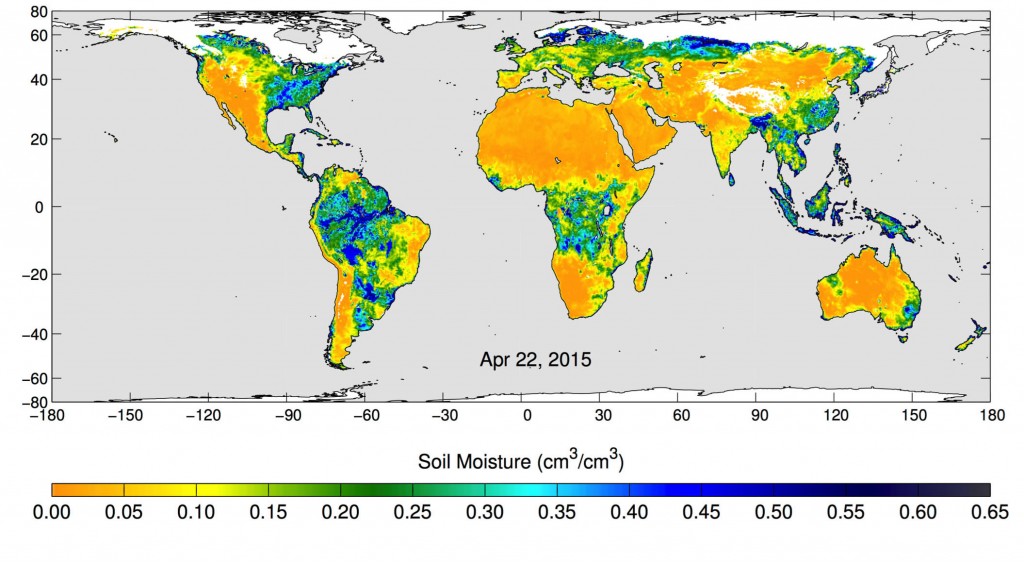 And in terms of weather forecast, Yueh said tracking water in the soil helps in predicting both precipitation and temperature. After water evaporates from the soil and rises to form clouds, the clouds may turn into rain; meanwhile, the heat is dissipated through the process of evaporation, which helps maintain the temperature of the ground. “So soil moisture data can provide people at NOAA’s National Weather Service with quality input into what we call the weather model,“ he said. “And they can make weather forecasts within a short range of time.”

According to NASA, SMAP data processing will be conducted by JPL at its lab in Pasadena, California, and at the agency’s Goddard Space Flight Center in Greenbelt, Maryland. Preliminary calibrated data for public will be available in August, 2015 at designated public-access data archives, including the National Snow and Ice Data Center in Boulder, Colorado, and Alaska Satellite Facility in Fairbanks. Preliminary data about whether the soil is frozen or thawed will be available in November, with validated measurements scheduled to be available for use by the general science community in the summer of 2016.