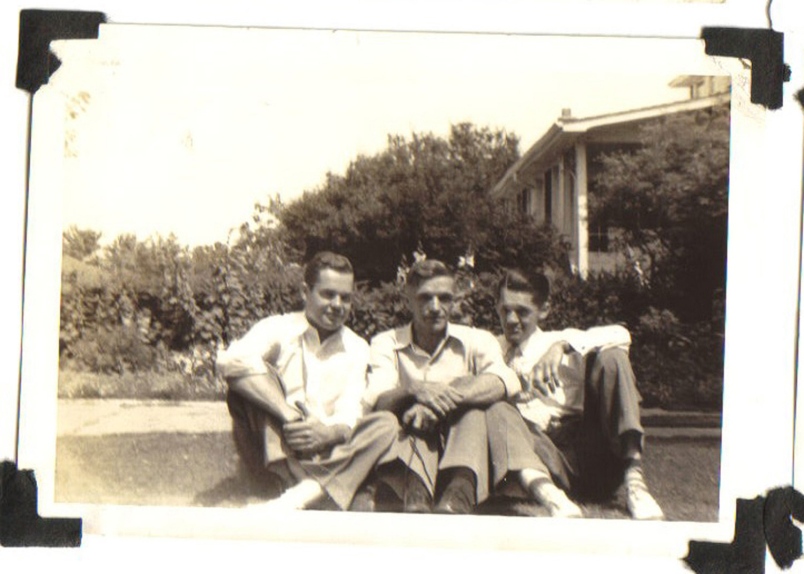 WASHINGTON — After 73 years, Pvt. Arthur Kelder, of McHenry, Ill, who died in a Japanese POW camp in the Philippines during the WWII, is finally home.

“I feel like a lot of weight has been lifted off my back,” said Douglas Kelder, Pvt.Kelder’s nephew and primary next-of-kin who went to Hawaii to bring his remains back for internment in a family plot near Chicago. “It’s a bittersweet moment. I’m extremely happy that he’s finally home, but I’m also a little bit frustrated that it took them so long to identify him.”

Kelder’s family has been fighting throughout these years for his return. Douglas Kelder said Arthur Kelder’s parents kept writing letters to the U.S. Army for his remains, but every time they were told that Kelder was “unidentifiable.”

About five years ago, John Eakin, Douglas Kelder’s cousin, got dental records of the grave where Arthur was believed to be buried along with nine other soldiers’ remains in Manila, Philippines.

Douglas Kelder said his father, Herman Kelder Jr., a dentist, put golden inlays on Pvt.Kelder’s teeth prior to his induction into military service, and that his father’s treatment records matched perfectly with the dental records John Eakin got from the government. But the family still didn’t get Pvt.Kelder’s remains back until they filed a lawsuit against the Army.

The challenges to proper identification were many.

First, according to the Defense POW/MIA Accounting Agency, Kelder’s remains were commingled along with nine other servicemen in the Philippines who had died in a Japanese POW camp. “Due to the circumstances of the POW deaths and burials, the extensive commingling, and the limited identification technologies of the time, all of the remains could not be individually identified,” the agency said.

Second, the military believed a portion of Kelder’s remains were buried with four other soldiers who were returned to their families in the United States after the war. As a result, the military had to disinter those four soldiers’ remains in order to get all of Kelder’s bones back to his family.

While the challenges were real, Douglas Kelder said the family kept getting letters from the military saying there was not enough evidence to identify Arthur, even though family members felt they had enough evidence to be certain of the location at a cemetery in the Philippines. The final identification was made in the Joint POW/MIA Accounting Command Central Identification Laboratory in Hawaii.

The Defense POW/MIA Accounting Agency has been criticized for years for the slow process of recovery and identification of MIAs. Last year, former Defense Secretary Chuck Hagel called for a reorganization of the agency, including developing an initiative to expand public-private partnerships in identifying the unknown.

“This key step will expand how DPAA engages with private organizations and individuals to increase our ability to account for missing,” said Maj. Natasha Waggoner, public affairs deputy at the agency.

The University of Wisconsin Biotechnology Center is one of the POW/MIA agency’s potential civilian partners.Charles Konsitzke, associate director of the center, said there are many possible sites where the Defense Department might not have the time or resources for recovery.

“We are not trying to take over any aspect of the recovery and identification,” Konsitzke said in a telephone interview. “What we are trying to do is to complement the process.”

Currently, there are still 78,000 names listed as missing from WWII in the electronic database provided by the Department of Defense POW/Missing Personnel Office.