For these goats, a weedy gourmet feast among the gravestones 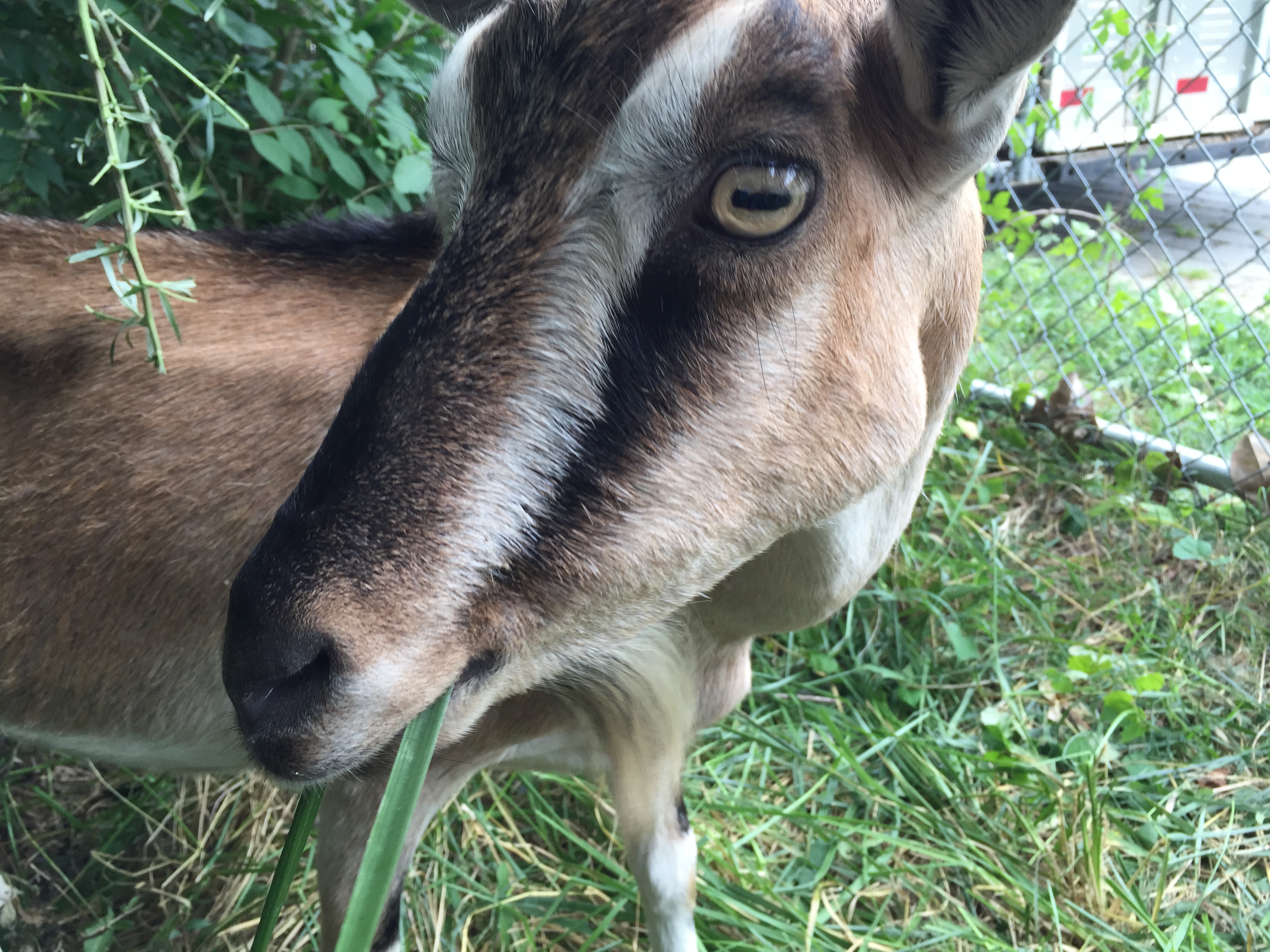 WASHINGTON – Goats invaded one of the oldest cemeteries in the nation’s capital Thursday for the second time, serving as four-legged landscapers tasked with some much needed pruning.

“We’ve hired a herd of 30 goats to help clear out about a 1.6-acre forest that was covered in invasive species,” said Paul Williams, president of the 200-year-old Congressional National Cemetery.

The 35-acre patch was originally funded by Congress. Several congressmen, government officials and other notable Americans are buried among the 67,000 graves.

Among them: Civil War photographer Mathew Brady, composer John Philip Sousa and Push-Ma-Ta-Ha, the Choctaw Indian chief and comrade of Andrew Jackson in the Battle of New Orleans. FBI Director J. Edgar Hoover lies nearby in his family plot.

For the next two weeks, this furry bunch of munchers will eat their way through poison ivy, ground cover and other unwanted vegetation. The goats first came through two years ago and did so well they returned for an encore. The cemetery was having problems with invasive vines that eventually killed trees, which fell on historic tombstones. But the terrain was too difficult and expensive to use human landscapers or herbicides.

The goats were the perfect solution: no chemicals and cheap – the whole project will only cost about $5,000.

The critters are on loan from Prosperity Acres, a farm in Sunderland, Md.

Not only are the goats clearing away the brush, said Prosperity Acres owner Mary Bowen, “when they pass their manure, it’s a slow-release nitrogen, which is excellent for the environment.”

And they’ll be in clover – literally – for the next two weeks. The cemetery will be open to the public. Families are encouraged to come out and watch.

On Thursday, a number of kids gathered around the cemetery fence to feed them.

“We read online that there were going to be goats out eating, and so we thought it would be fun to come see it,” said Katie Francis, who brought her two daughters Wren, 3, and Cedar, 2. “I don’t think they’ve ever even seen a goat.”