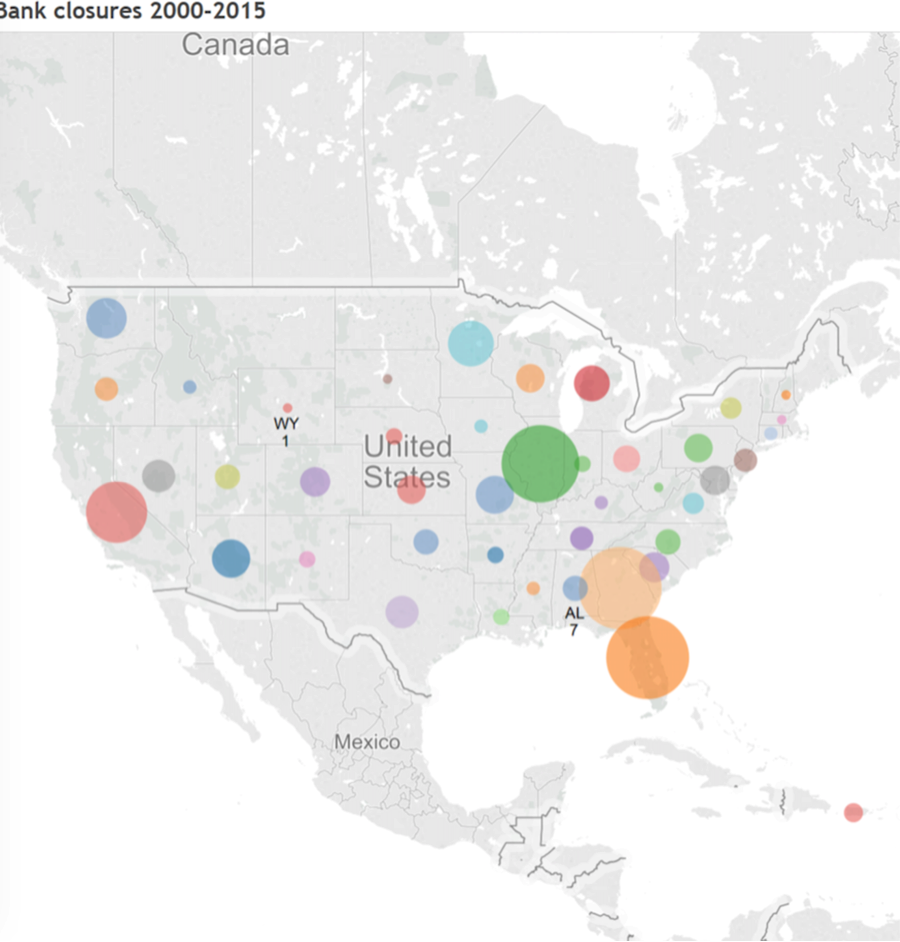 With four months left in 2015, the banking industry this year has lost more than last year from bank failures, ending the steady streaks of declines in both assets of failed banks and the cost of closing them since the 2008 financial crisis.

“The banking industry continued to show gradual but steady improvement during the quarter,” said Martin Gruenberg, chairman of the Federal Deposit Insurance Corporation in May. “However, the interest-rate environment remains a challenge for banks.”

With interest rates at record lows in the aftermath of the financial crisis, community banks in the U.S. have seen their profits erode.

Since December, the Federal Reserve has been signaling a rate hike to take place sometime this year. While market participants keep careful watch on every movement of the central bank amid upsurging market uncertainty and volatility, community banks, which make profits from taking deposits and generating loans, are running out of patience.

According to data provided by the FDIC, total assets of failed banks fell by 95.6 percent in 2010, while at the same time the costs of closing declined by almost 60 percent, only to both spike up again this year. So far the total assets of failed banks have already more than doubled from the year-ago figure, and the costs increased by almost 15-folds.

The FDIC examines and supervises more than 4,500 banks and savings institutions – more than half of the U.S. banking system.

Gruenberg pointed out that growth in longer-term funding has not kept pace with community banks’ increasing holdings of such assets. Banks have been increasing their holdings of longer-term assets since 2009, for an attempt to “reach for yield in this challenging interest-rate environment,” he added.

The fed fund rate, or the interest rate at which banks lend to each other, has been hovering around zero since the end of the 2008 financial crisis.

Having continued to signal a short-term interest rate hike since December, the Federal Reserve presented more wide-ranging views about the economy in its July meeting, according to minutes released Wednesday.

“Obviously we had the Minutes released [last week] giving people some confusion about the rate increase, but the broad base assumption is that when the Fed begins to move and raise short term rates, it won’t be good for long term rates,” said Nicholas Colas, chief investment strategist at New York brokerage, Convergex.

Back in 2012, former Fed Chairman Ben Bernanke reassured community banks that the low-interest rate environment would benefit them over the long haul, as it would encourage households and businesses to borrow more from banks, and thus reboot the economy.

The total number of bank failures peaked at 140 in 2009, as the knock-on effects of the financial crisis spread across the financial industry. That figure has been falling since then – only 18 banks closed down in 2014. So far 2015 has seen the closings of six other banks, among which Premier Bank in Denver was the latest to make it to the list in July, according to bank failure data provided by the FDIC.

Despite the increasing size and costs of bank closings this year, Gruenberg stressed in his speech that community banks have had their net income upturn by almost 16 percent from a year ago, and that their total holdings of loans continued to fall from its 2008 peak.