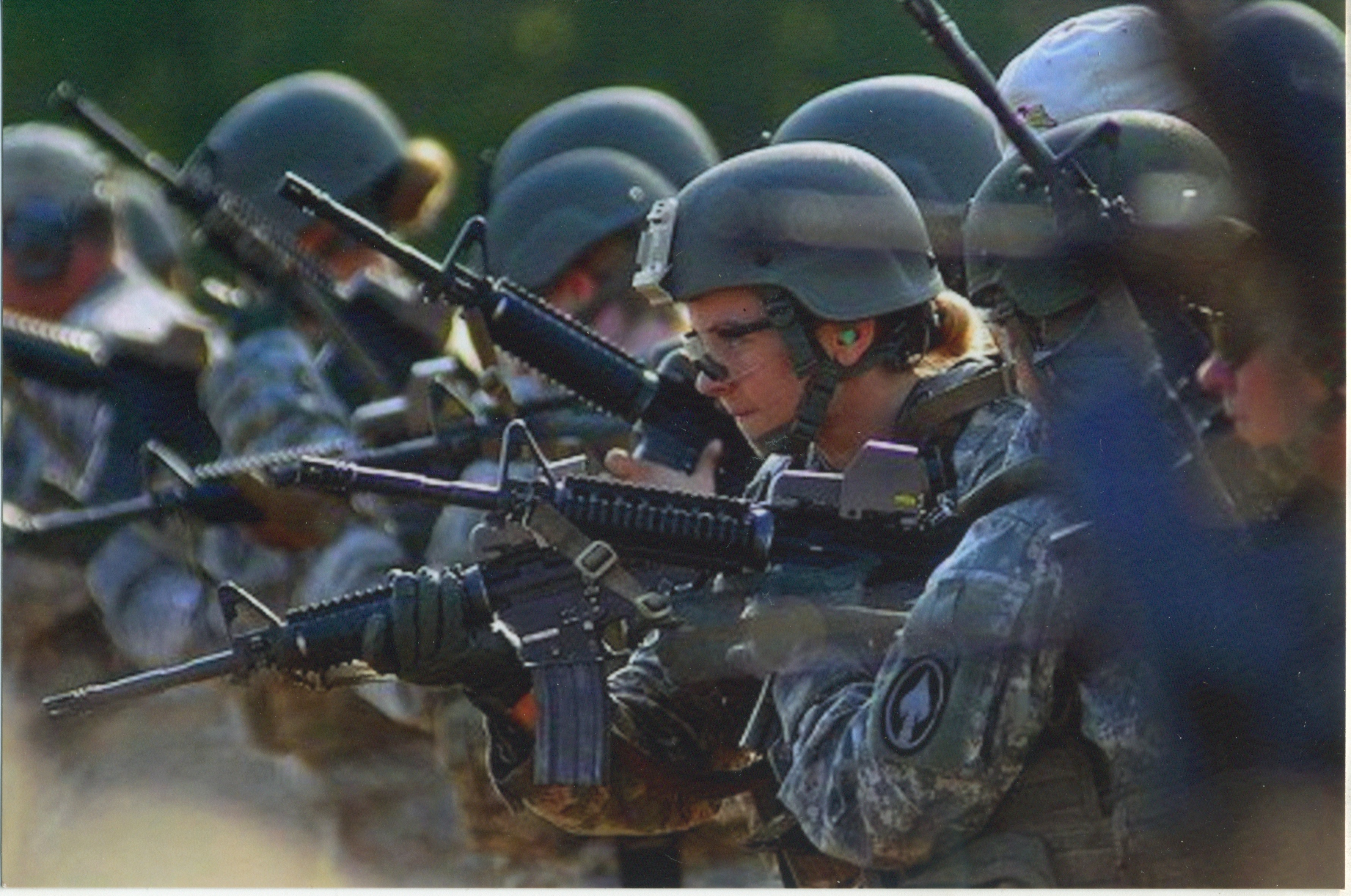 WASHINGTON—The two female students who graduated from the Army’s elite Ranger School this month made it official—women are capable of fighting alongside and keeping up with their male counterparts. But since the DoD announced in 2013 that all positions will be open to women starting January 1, one crucial part of the discussion has been left out: the rising number of sexual assault cases in the military.

The number of sexual assault reports filed to the Department of Defense has more than doubled from 2,846 in 2007 to 6,131 in 2014. The 2014 DoD report to the President of the United States on Sexual Assault Prevention and Response (SAPR) confirmed the severity of the problem when it stated “sexual assault is a significant challenge facing the United States military.” Although then-Secretaries of Defense Chuck Hagel and Leon Panetta directed 41 SAPR initiatives since 2011, and advanced approaches to change the prevention and response of sexual assault or harassment, the stigma of seeking mental health treatment for military sexual trauma (MST) persists. And this is a problem of an institutional nature.

“The military mentality is to just suck it up,” said Cynthia Hogle, who was embedded as a social scientist with the U.S. Army in Afghanistan. And although military sexual trauma is an issue that affects both genders, the male-dominated establishment makes women face even greater obstacles if they choose to seek help.

“Women can’t win in this,” Hogle explained. “If they don’t talk to anyone, they suffer. If they try to get help or ask to be transferred, they are marked.”

One of the biggest problems with sexual harassment or assault is the military’s compounded legal structure, which seldom provides confidentiality and leaves external unbiased forces out of the equation entirely. Sexual assault reports are only reviewed internally and in few instances, cases are referred to military courts. In many cases, the perpetrators are not only male but also higher-ranking than their victims; which makes it almost impossible for women to win the case.

Researchers found that military sexual trauma (MST) was more frequently traumatizing than civilian assault. Hogle calls this a “double injury to your psychology” because “your perpetrator is the person you are trained to depend on for your life,” she said. This person should ideally be the one to help you get through the traumatic event, not be the cause of it.

The national data from the military sexual trauma screening program reveal that about 1 in 4 women and 1 in 100 men respond “yes” when asked whether they experienced MST. The rates among women are higher than men, which might largely be due to the fact that the percentage of men in the military is higher. And these numbers only include those veterans who both choose to seek mental health treatment and have the courage to answer with “yes.”

The fear of losing face in front of their male colleagues, or worse—the fear of retaliation—is the reason many sexual assault cases remain unreported by women.

“Any demonstration of weakness provides an opportunity for them to be tagged as weak,” Hogle said.

Apart from the social implications of reporting an incident, there are also problems with how the Department of Veterans Affairs (VA) facilities are equipped to treat a female survivor of sexual assault and how capable they are of performing basic gynecological procedures. The 2013 study “VA Emergency Services for Women” revealed that 41 percent of veterans health administration emergency departments reported not having the capacity to arrange for mental health follow-up within 24 hours and only 33 percent have gynecological examination kits. As an attempt to explain why the VA is not sufficiently equipped for those situations, the study stated that “despite their growing numbers, women veterans still represent a relatively small proportion of the overall patient population and therefore providing them with efficient, timely, and consistently high-quality care is an organizational challenge.”

The institutionalized bias against women who seek mental health treatment is another barrier in the struggle for equality—a path that the two female Rangers are now pressured to lead. Establishing better conditions for female service members seems pressing, especially when looking at the graphic below. The Department of Defense projects the percentage of the female veteran population to double from 8.9 percent to 16.5 percent within the next 30 years.

Military Sexual Trauma is the most common cause for PTSD in female veterans. The official VA fact sheet rates sexual assault as more likely to result in symptoms of PTSD than most other types of trauma—including combat. PTSD – like MST – is a delayed-onset illness that can be triggered by another traumatic event unrelated to the military experience months or years after their service ended.

For two decades, DoD officials and the internal military structure have denied that women have been serving and dying in combat, which made VA claims for disability or PTSD treatment hard to access for female veterans. The DoD has enforced its “zero tolerance policy” for sexual assault or harassment, and yet the number of sexual assault reports is skyrocketing. The question of how to change this pattern in the U.S. military was addressed by then-Secretary of Defense Chuck Hagel in 2013, when the number of reports almost doubled from the previous year. “It’s not good enough to say we have a zero-tolerance policy. How does that translate into changing anything?” he said.

While the number of people finding the courage to file reports has increased, the number of unwanted sexual contact has decreased from 2012 to 2014, both for active duty men and women. But the prevailing stigma has limited conversation and treatment options.

Lawmakers have started to acknowledge the systematic problem. In 2013, Congresswoman Chellie Pingree (D-ME) introduced the Ruth Moore Act, a bill that makes a statement from the sexual assault survivor—a lay testimony—suffice as proof that the assault occurred when applying for VA disability payments. This is an important change from the previous law, which required survivors to prove the stressor, or assault, by arguing against their perpetrators—which often resulted in the denial of a report.

“These veterans face multiple injustices—the first in the sexual assaults they suffered during their service and the second in the many roadblocks they face in receiving benefits,” Pingree said in a press release.

After two years in Congress, the bill was passed in the House on July 27, 2015. It states that from December 1 of this year through 2019, each year “the secretary shall submit to Congress a report on covered claims submitted during the previous fiscal year.” Though the bill is putting pressure on the VA, it is not the all-encompassing solution to the discussion about sexual assault.

“It would be naive to think the Ruth Moore Act is going to fix the problems in the military,” said Willy Ritch, spokesman for Congresswoman Pingree.

“If we start treating MST the same way we do PTSD, maybe that will help illustrate how serious of a problem it is.”

Last year, President Obama spoke on the issue and said that it “is going to require a sustained effort over a long period of time and we will not stop until we’ve seen this scourge eliminated.”

The Ruth Moore Act and the official acknowledgment of military sexual trauma are steps in the right direction in order to reach equal treatment for female and male service members. But like the president said, changing the status quo that has been established for decades requires some time and combined efforts.

“If you want to change a culture, those things have to be adapted consistently,” Hogle said.