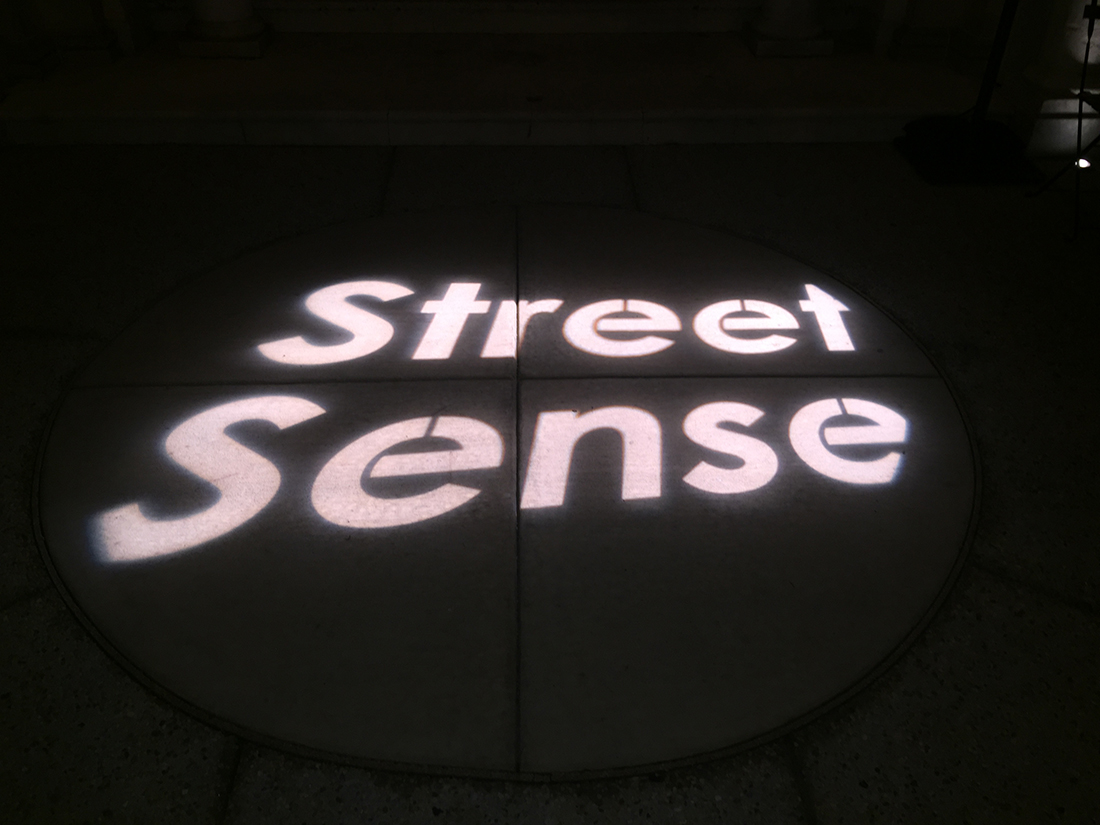 The 2015 Street Sense "Home is Where the HeART Is" Gala featured performances and works from homeless vendors in the Greater Washington area. (Connor Morgan/Medill)

WASHINGTON — Homeless vendors showcased their talents during a live performance of original poetry, photography, and other arts at the annual Street Sense 2015 Gala in early October.

Street Sense, a non-profit organization, distributes bi-weekly newspapers for donations to create marginal income opportunities for many of its homeless contributors.

The event highlighted the creative works of several of its vendors, some of whom are homeless.

This is David Denny, who overcame substance abuse while living on the streets in Washington. His poem entitled “Homeless” details the everyday struggles of living without a home.

Another of Denny’s poems, “COMMENTARY TO A BLACK MAN,” made its way to the White House.  He later received a letter of recognition from President Obama. 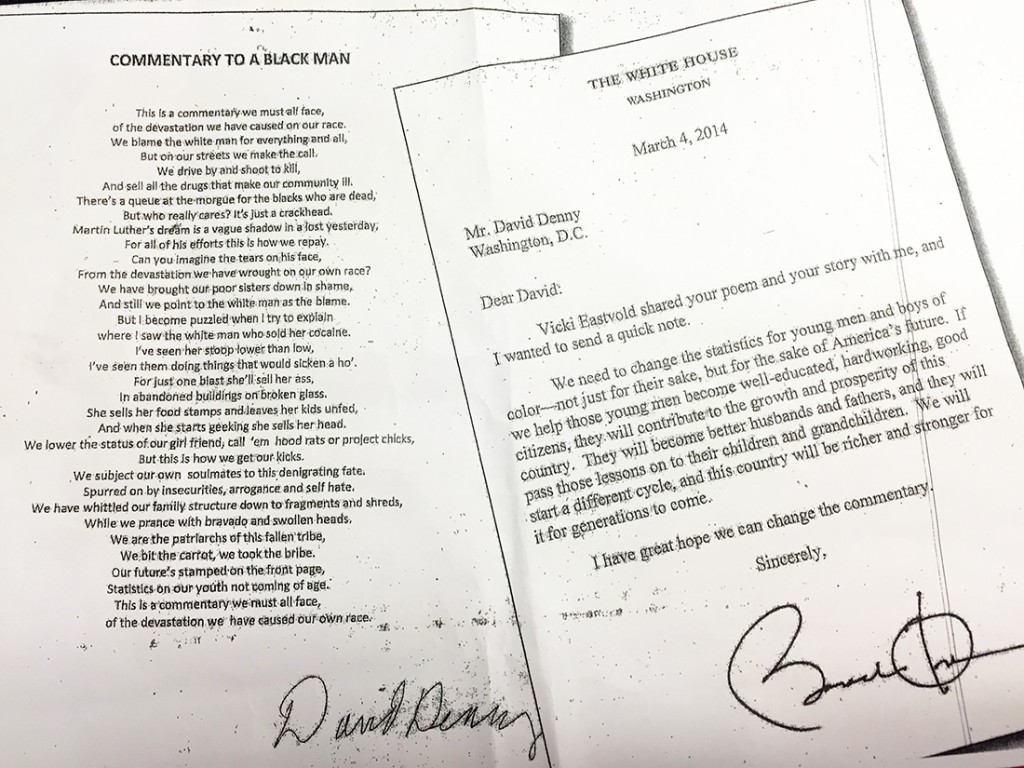 David Denny’s letter of recognition from the president. (Connor Morgan/Medill)

Below is Ron Dudley, a 41-year-old homeless father who’s hoping to find permanent housing for him and his son.  Dudley delivered a powerful poem describing the makings of his ideal woman.

Dudley has been writing lyrics his entire life, but said the gala performance was special.

“[I] dreamed of this one night my whole life.”

Dudley grapples with homelessness, but said, “…I’m homeless, not helpless.”

Christopher Shaw, a 62-year-old artist, who’s been in long-term recovery, describes himself as a role model serving in a mentoring capacity to homeless vendors involved in Street Sense.

Shaw currently lives in subsidized housing where he pays “a very modest rent” and receives a food allowance, which allows him to save money to pursue his creative passions.

Street Sense not only provides an income for its homeless vendors, but allows them to hone their artistic abilities by offering technical and skill-building workshops.