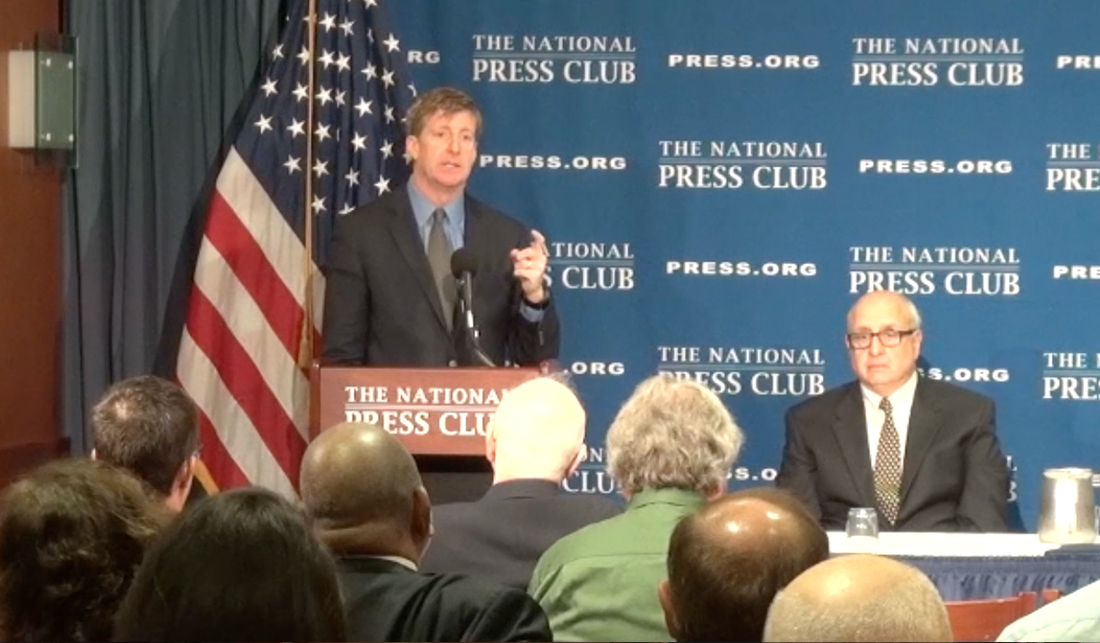 WASHINGTON—Former Rep. Patrick J. Kennedy made a clarion call to Congress and the insurance industry at the National Press Club.

At an event Thursday, Kennedy said the time is right for a political movement to help millions of Americans facing a lack of parity for mental health coverage in obtaining health insurance.

“We need to spur civic action and take this 2016 campaign as an opportunity to express ourselves as consumers,” Kennedy said. “…to make sure that mental illness and addiction are no longer ignored by our society and no longer discriminated against by the insurance industry.”

Kennedy, the son of the late Sen. Ted Kennedy, said he’s leading the charge for mental health equality in insurance coverage and hopes to break the silence about the issue on a national level with his new book, “A Common Struggle.”

Kennedy hopes the launch of his NOW campaign will develop a political agenda for debate in the 2016 primaries and national election campaign.