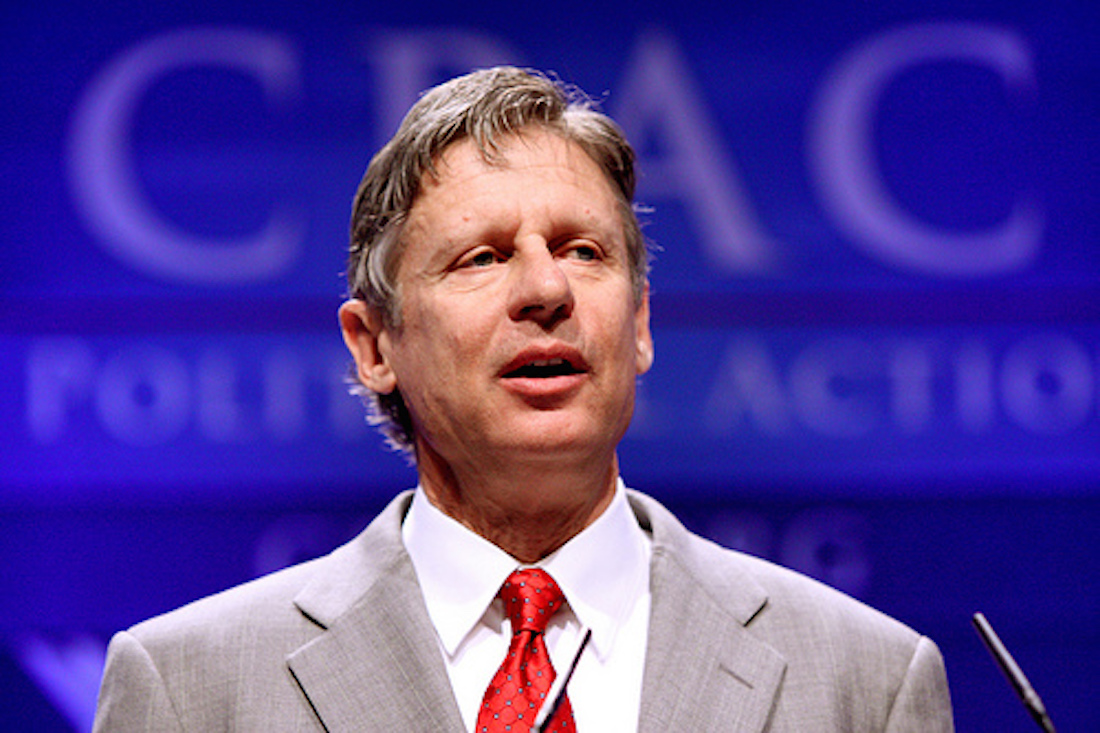 Johnson's plan to eliminate the federal minimum wage would have a significant affect on the U.S. economy. (Gage Skidmore/Creative Commons)

WASHINGTON — Raising the minimum wage is a hot topic in the 2016 campaign, made more interesting by Libertarian presidential candidate Gary Johnson’s plan: he wants to eliminate the 78-year-old standard altogether.

The former New Mexico governor’s approach contrasts sharply with Hillary Clinton who currently favors a $12 minimum wage, a sharp increase from the present $7.25 an hour minimum. Republican Donald Trump also recently came around to supporting a bump to $10 after initially opposing any increase.

Not Johnson. “Libertarians are fiscally conservative, and socially they really don’t give a damn as long as you don’t force your social whatever-it-is on anybody else,” he said in a June interview with CNN. “I do not support a federal minimum wage.”

This idea to get rid of the minimum wage stems from the libertarian belief of freedom of contract, according to James Dorn, a senior fellow with the libertarian-leaning think tank Cato Institute.

“Free society employees ought to be paid the going market wage rate, making it a voluntary contract,” Dorn said.

Libertarians believe supply and demand in labor markets should set the wage rate. Having an ever-growing federal minimum wage keeps lower skilled workers out of the workforce, raising joblessness.

The federal minimum wage has set benchmark wage rates for decades across America. But Gary Johnson’s proposal – just do away with it, period – might not be so earthshaking since many states, and some municipalities, already have their own minimum.

“States have been moving ahead of the federal minimum wage for years, which may limit the effect of eliminating it,” said Harry Holzer, a professor of public policy at Georgetown University. “But states use the federal minimum as a benchmark, so if it didn’t exist some states may drop their minimum levels, or eliminate them entirely.”

The federal minimum wage was instituted in 1938 as part of the Fair Labor Standards Act, as President Franklin D. Roosevelt implemented a minimum hourly wage of 25 cents an hour to lift the nation out of the Great Depression. The last increase occurred in 2007, when Congress raised the rate from $5.15 an hour to $7.25, an incremental rise over two years.

Georgetown’s Holzer said there is not enough research to understand definitively the consequences of eliminating the federal minimum wage, but he said it would have two main effects.

Center for American Progress economist Michael Madowitz says the federal minimum wage is crucial in preventing “a race to the bottom situation,” and should be increased in order to boost worker productivity.

“When wages are rising, companies have an incentive to invest in something that makes their workers more productive, and that’s the key to economic growth,” said Madowitz at the left-leaning think tank. “I would be happy seeing it get anywhere over $10, and I think it will be better if it landed closer to the higher numbers than lower numbers.”

Holzer said he would not opt for a federal minimum wage increase beyond $10, arguing that a bigger boost would cause the unemployment rate to rise in cities with unskilled workers.

“I would not go to $15 (the level favored by Sen. Bernie Sanders), especially in places like Los Angeles and Washington D.C., because a lot of employers will not hire people because they are not worth that much, they’re maybe worth $9 or $10.”

If Johnson reaches a 15 percent approval rate by mid-September, about 7 percentage points more than his current polling average, he’ll qualify to debate Clinton and Trump. The first General Election debate is scheduled to take place on Sept. 26 at Hofstra University in New York.