In one Pennsylvania steel town, steelworkers are protecting the legacy 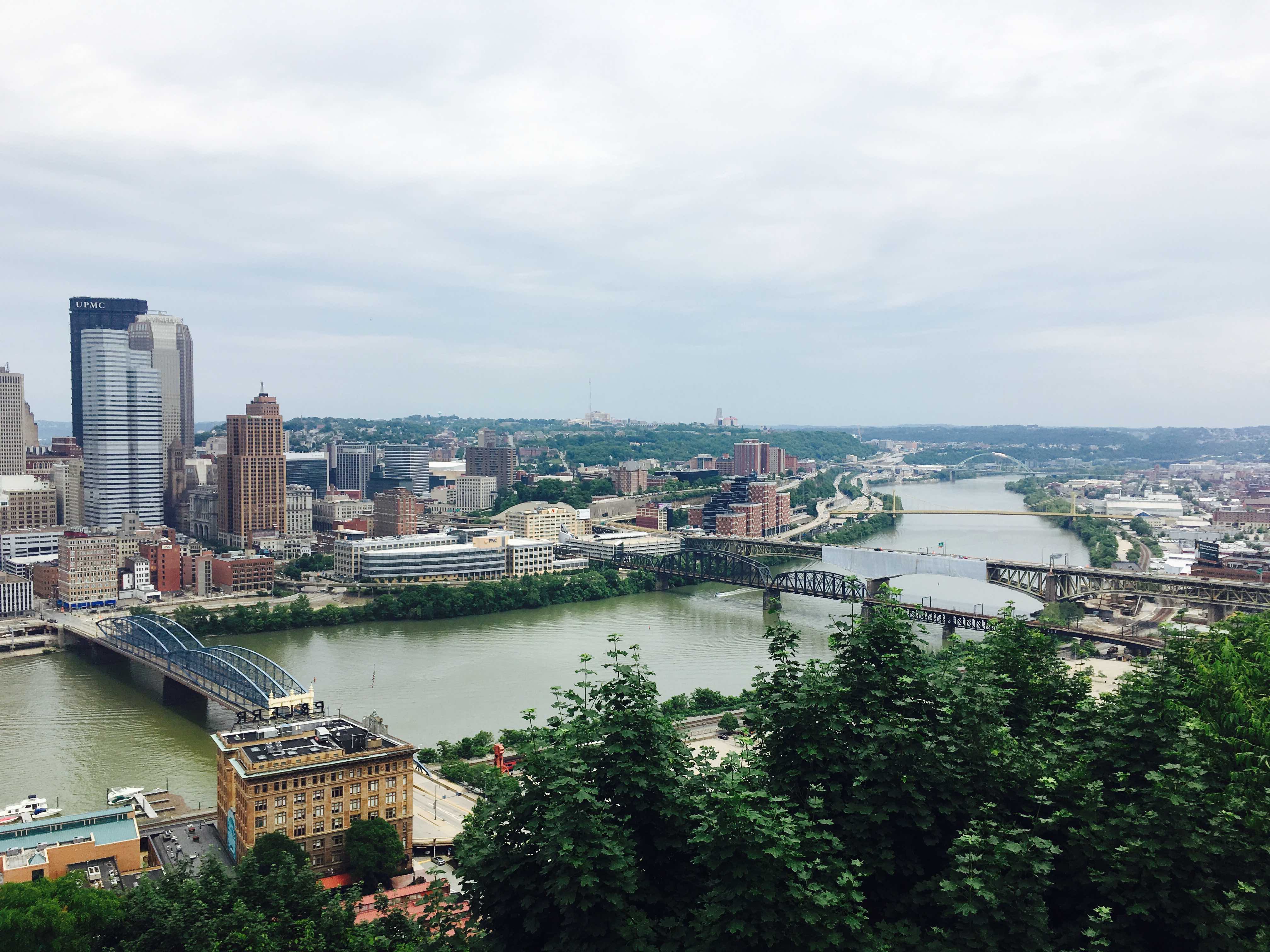 WEST MIFFLIN, PA. — Along the Monongahela, stretching from West Virginia to downtown Pittsburgh, a few steel plants still shadow the river banks, supporting thousands of families with good- paying jobs. For these stalwarts of the middle class, steel is more than employment, it is a way of life they want to protect.

“The Steel industry has been in this area for many years, before the 1900s,” said Scott Sauritch, United Steelworker Union local 2227 president, “When I was a kid, I grew up, everybody on the block, their father, was working for the steel industry somewhere.”

That’s no longer necessarily the case with families in the Mon Valley. Over the years, cheap foreign steel and excessive domestic production flooded the market, and the industry downsized significantly. Younger workers increasingly were drawn to white collar jobs in technology, healthcare and education.

“We are growing a little bit older here, (we) do need some younger folks,” said Scott Sauritch’s brother Brian Sauritch, who works at the Irvin Plant. He said the most of the workers at the plant are in their 40s and beyond. The workforce is aging, but the industry hasn’t been hiring much since the massive layoffs in the1980s.

Through the mid-20th Century, the steel industry was the backbone of American manufacturing. Because of steel’s importance to war mobilization, the United States controlled more than half of the world’s steelmaking potential post-World War II. 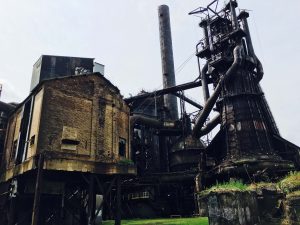 The Carrie Furnace produced iron for the Homestead Works from 1907 to 1978. During its peak, the site produced up to 1,000 tons of iron per day. (Xiumei Dong/MNS)

In Pennsylvania, the Homestead Works was once the nation’s largest steel producer and employed an estimated 150,000 workers in the late 1940s, according to the Center for Land Use Interpretation and also historical newspapers. The plant closed in 1986.

“This valley was thriving. This was all through up until the late 80s,” said Scott Sauritch’s father 75-year- old Herman Sauritch. The elder Sauritch worked all over the valley as the plants were shutting down — at the wire mill in Monessen, American Chain and Cable, Wheeling-Pittsburgh Steel’s Allenport plant and the RockTenn partition plant

Hurt by the unprecedented surge in foreign steel and following the recession of the early 1980s, dozens of plants shut down in Pennsylvania, Ohio and other states, drawing down America’s steel capacity.

“When you see a middle-class man who has dignity who is going to work to support six kids and loses his job, a good job with benefits, what that does to a man is indescribable,” said Scott Sauritch, the union leader. The dramatic layoffs devastated the communities that had depended on these mills. 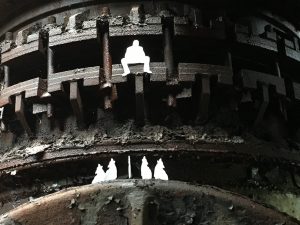 Urban art at the Carrie Furnace. The site attracts Artists to artists and tourists to learn the history through the art creations. (Xiumei Dong/MNS)

Between the 1980s and 1986, the region lost 115,000 manufacturing jobs, with nearly 50 percent of these losses coming from the steel industry alone, according to Bureau of Labor Statistics. Many of the workers were discouraged, even desperate as they went from having high-paying jobs to long-term unemployment.

“One family I’ll never forget, the mother and three kids had to move because the father actually committed suicide after his lost his job at the steel mill,” said David Morgan, a third generation steelworker.

Since then, manufacturing employment began a prolonged collapse, the nation as a whole lost more than 4.5 million manufacturing jobs during between 1980 and 2005, falling to a low of 11.5 million in February 2010, Bureau of Labor Statistics data show.

Although those who survived were able to get improved benefits after the dramatic downsizing of the industry, many work extra shifts, according to steelworkers in the region.

United Steelworkers Local 1557 President Jonathan Grunsky said employees at the Clairton Plant are working overtime because the factory is short-staffed.

“We do not have enough people to cover the current positions,” said Grunsky. “We have …retirees and an extraordinary amount of people leaving the industry, because of the age, because of the way the economy is going.”

According to the Bureau of Labor Statistics, the number workers in the iron and steel and steel product manufacturing industry national wide decreased by 3.2 percent last year, from an estimated of 313,000 workers in 2014 to 303,000 in 2015.

“If you come here without the college degree, this is a good place because it is a good wage. (But) today, it is hard to say what will happen,” said Ryan Henderson, 24, site manager of Carrie Furnaces, a derelict former blast furnace located along the Monongahela River.

Henderson said the long hours and hard blue-collar work don’t necessarily attract the younger generation as other opportunities in Pittsburgh in education, technology and emerging fields in Pittsburgh with comparable benefits and more stability.

“Pittsburgh has many more paths to shape its focus (going) forward, it is hard to shift back,” he added.

But for a fourth generation steelworker like Grunsky, who has been in the mills for 43 years, preserving the heritage steel manufacturing industry means much more than a job. By staying at Clairton Plant, he said he hopes to teach younger people and pass on the legacy.

Adam Heller, 30, also works at the Clairton Plant. Seeing how his father progressed in life, the young second-generation steelworker said he believes the jobs eventually will come back to the region, but “it is going to take a little bit more time.”

The first steel mill in the region was founded in Braddock, Pa., by Andrew Carnegie in 1875. And for generations, the Monongahela Valley, with Homestead at the center, was the steel-making capital of the world. Although the labor was hard and dirty, the wages earned by workers provided their families with a good standard of living.

“These guys (American workers) can compete with anybody in the world,” said union leader Scott Sauritch, “but to compete, all we ask is, just an even playing field and just an opportunity to prove ourselves.”

As a way of protecting the workers, the United States last March imposed high tariffs on seven steelmaking countries, including a massive 266 percent fee on some Chinese steelmakers – punished for selling below cost. And on May, in separate actions, the Department of Commerce announced tariffs as high as 522 percent on some Chinese steel.

With the changes that are underway, Mon Valley steelworkers said they are optimistic about the future of the industry.