Georgians say Trump is going to do great things 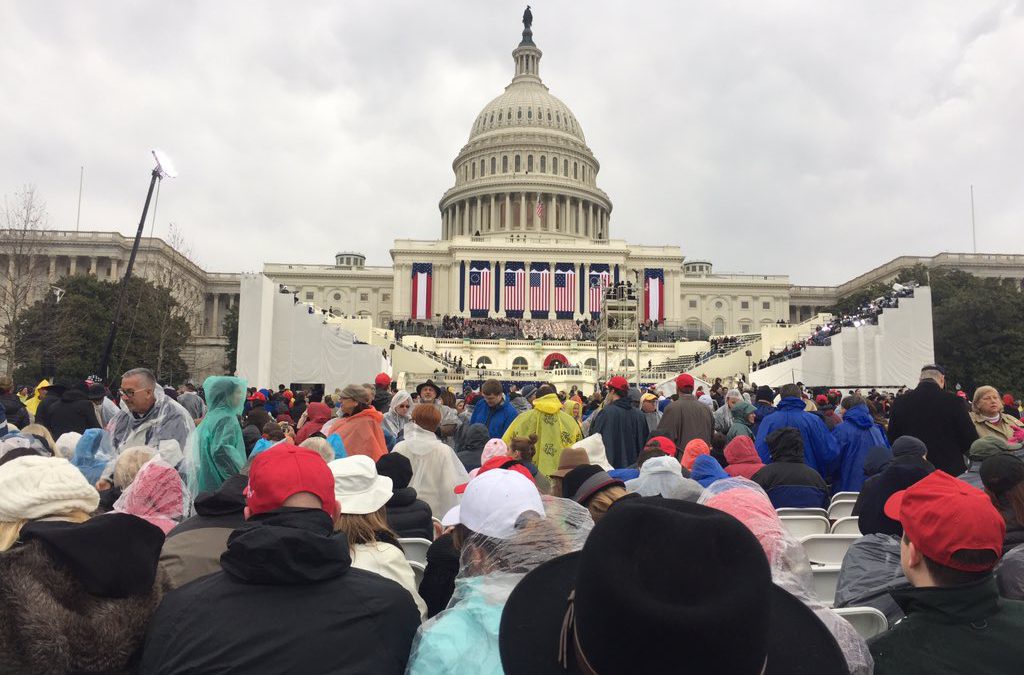 WASHINGTON – People from Columbus, Georgia attending the inauguration Friday of Donald Trump said the new president’s inaugural speech shows he is ready to unify and bring jobs to Georgia and the rest of the country.

“I thought he covered everybody in this country,” said Alton Russell. “His thoughts about immigration and bringing jobs and all the stuff that he campaigned on, [shows] he’s still committed to doing those things which I think is pretty exciting in itself.”

Trump pledged to “get our people off welfare and back to work with American hands and American labor,” while proclaiming that people no matter their race “all bleed the same red blood of patriots.” But, Washington did not seem to be unifying under Trump as protesters took to the street in anger, vandalizing vehicles and businesses in the city.

Russell said he was not concerned with the protests. “Everybody is going to have some kind of negative thing to say about” Trump, he said.

“Those folks are not in favor of him being president anyway,” Russell said. “I didn’t see any negatives, I had no concerns. Everything he said I definitely agreed with and looking ahead thinking about what we can do better than we have been doing and that we are going to do better.”

Joseph Brannan, a small business owner in Columbus, agrees with Russell and thinks Trump is the best person to bring jobs back to the country, aid small businesses and unify the nation.

“He was not the person I was supporting in the primary originally, then he became our nominee,” said Brannan. “But, I do think having someone [in the White House] with business experience is very important. We’re always going to be divided on issues, and it struck a good tone about taking care of everyone and unifying the country around the country itself.”

Brannan’s wife, Emily, traveled with him to witness the inauguration. Emily “thought [Trump] did a great job speaking for the first time as president.” She said that his policies are sound. The couple said they were attending an inaugural ball on Friday night.

Both men said they were certain that Trump would do everything he could to unify the country and praised his declaration that his administration would make America, “”strong again,” “wealthy again” and “proud again.”

“I don’t think [Trump] did anything more to divide the country than Hillary Clinton did, but I think he has made a point in the last couple of weeks and months to talk about being unified,” Russell said. “I really think he is going to try an effort.”