Texans celebrate the inauguration at the Boots and Black Tie Ball 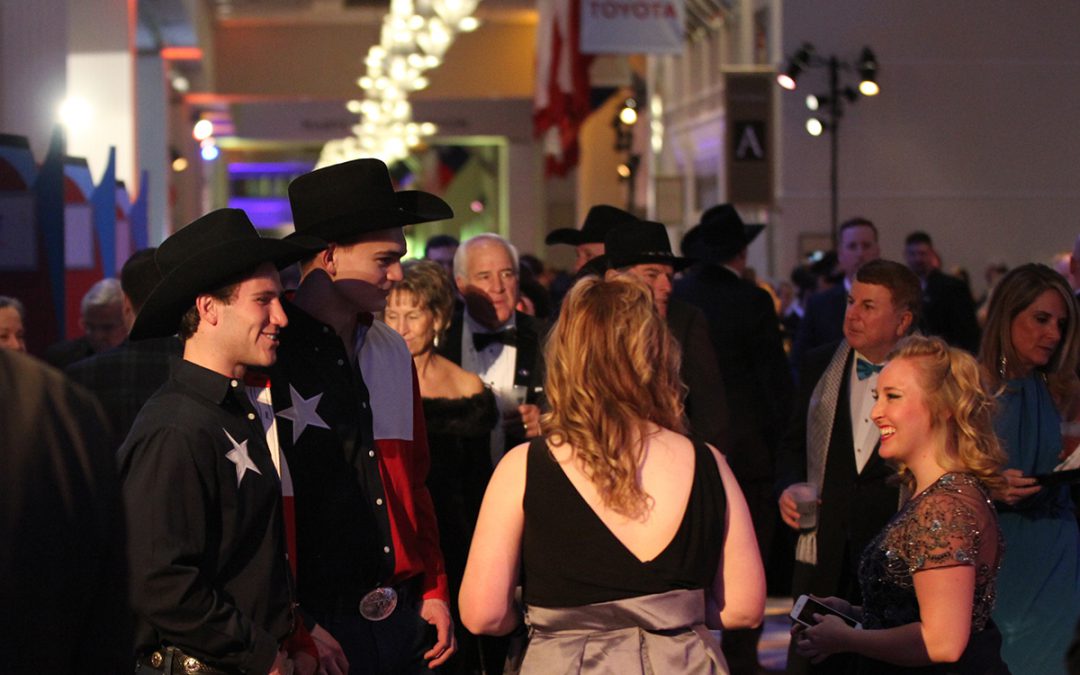 OXON HILL, Md. – The 10th Texas State Society Boots and Black Tie Ball on Thursday night once again showed the state’s love of doing things big as an estimated 11,000 people winded and dined at National Harbor to celebrate the inauguration of Donald Trump.

The Texans brought their state’s unique culture with them, with Stetsons and snakeskin boots completing the ensembles of tuxedo-clad men and women in ball gowns. For those who forgot to pack their cowboy gear, there was a boot store set up in the lobby just outside the ballroom.

“Out of all the balls that are held, my experience is that this is the funnest one,” said Rebecca Contreras of Austin, a former special assistant to the president during the George W. Bush administration. “It’s more personal, a little more lively in terms of the people that are here. Texans are really friendly.”

C.J. Werner, who served as a Trump delegate at the Republican National Convention last August, drove 21 hours from North Lake, Texas for the inauguration, and filled her schedule with as many events as she could.

“I expect that we will see a better United States,” said Werner. “I do realize it is not going to happen overnight because we did not get into this situation overnight.”

David Harding said he doesn’t support all of Trump’s positions and acknowledged the president-elect has a lot of faults, but hopes he will be able to correct what Harding he views as the mistakes of President Barack Obama’s administration’s economic policy.

“Hopefully we’ll be able to be able to bring together America and see America be an economic power again.”

Deborah Buchan also had reservations about Trump initially but eventually considered him the best candidate. The Plano resident proudly referred to herself and her family as “deplorables,” a term Hillary Clinton once used – and apologized for – to characterize some Trump supporters.

“I think that he will make our country great again,” said Buchan.

Vendors who lined the hallway to the ballroom also featured Trump’s “Make America Great Again” slogan on T-shirts, mugs, hats and keychains. At other stands ballgoers could buy Trump bobble-heads and chocolate. A silent auction even offered the opportunity to bid on a 4-foot tall painting of Trump.

Bobby Knight, former Indiana and Texas Tech basketball coach, pumped up the crowd in his keynote speech before introducing The Beach Boys to perform.

“Ladies and gentlemen, I promise you that in a Donald Trump administration, there will be no bullshit,” he said.

After Knight finished, Rep. Roger Williams, who also serves as the Texas State Society president asked, “Does he need to repeat that?”

Many in the crowd hoped Trump might make a surprise appearance. But although they didn’t get their wish, Donald Trump Jr. did arrive late in the evening.

The Texans didn’t let him leave empty-handed – he now has two Stetsons of his own.