Patricia Lassiter: We Are Stronger Together 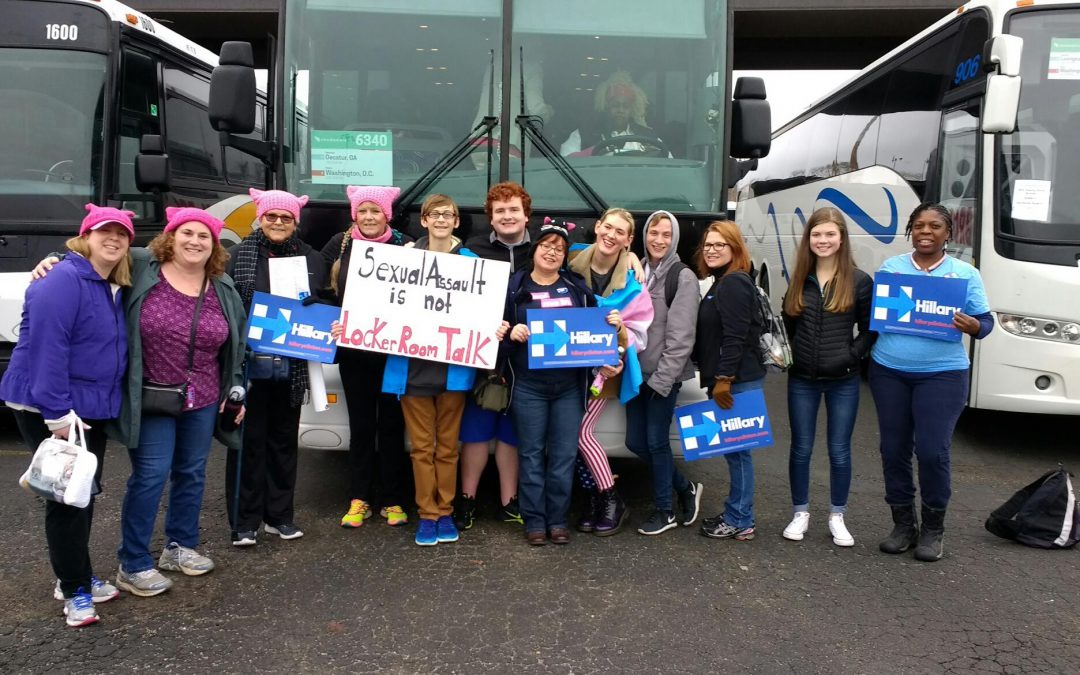 WASHINGTON – Patricia Lassiter said being surrounded by hundreds of thousands of people at the Women’s March on Saturday gave her “a feeling of safety” as she fulfilled a personal mission to march on behalf of the many Columbus residents who said money or health problems prevented them from marching to send a crucial message to President Donald Trump.

Lassiter had hoped her trip to Washington would be to fulfill her “dream to attend Secretary (Hillary) Clinton’s inauguration.” Instead she was representing people she said came to her after the election with “tears, fear and rage.”

“We are all represented in this massive crowd of people who believe in freedom, justice and a truly representative America,” she said.

Lassiter was among 10 Columbus residents who rode a bus 700 miles to Washington to be a part of the resistance to Trump’s presidency.

“There is a feeling of safety here that has been missing for so many Americans,” said the LGBTQ activist. “This massive group by showing up here has restored our dream of love, fairness and civility. We are happy and safe and determined to restore our democracy.”

She noted that the huge crowd in Washington was only one part of the march. Large crowds also gathered in hundreds of cities around the world.

“The push for representative democracy is undeniably strong,” Lassiter said. “The sheer numbers in so many cities and around the world echoes what Hillary Clinton’s campaign stressed which was ignored; that, traditionally, marginalized people are equal to every American citizen.”

Although all of Georgia’s electoral college votes went to the new president. Lassiter says the “fun of winning” will soon wear off for conservatives in the state.

“Most of Georgia’s conservative citizens will realize that our state’s changing demographics are shifting the traditional conservative beliefs toward the center,” she said. “What used to be hard right has been replaced with brash, dangerous, unrelenting demands that cannot be sustained. Even conservatives tire of being thought of as biased against fellow Americans. The pendulum is ready to swing back.”