Protesters push past barricades to approach the White House, no arrests made

WASHINGTON—A group of Women’s March protesters’ pushed aside gray metal barricades on Pennsylvania Avenue Saturday afternoon to get closer to the White House, leading to an hour-long standoff with Secret Service agents and police officers.

“The Secret Service respects the First Amendment rights of those who are visiting Washington D.C.  We are also responsible for the security of the White House complex. We respectfully remind the public to comply with our security measures and barriers that are in place for ingress/egress routes as well as public safety,” Secret Service Spokeswoman Cathy Milhoan said in an emailed statement. No arrests were made, she said. 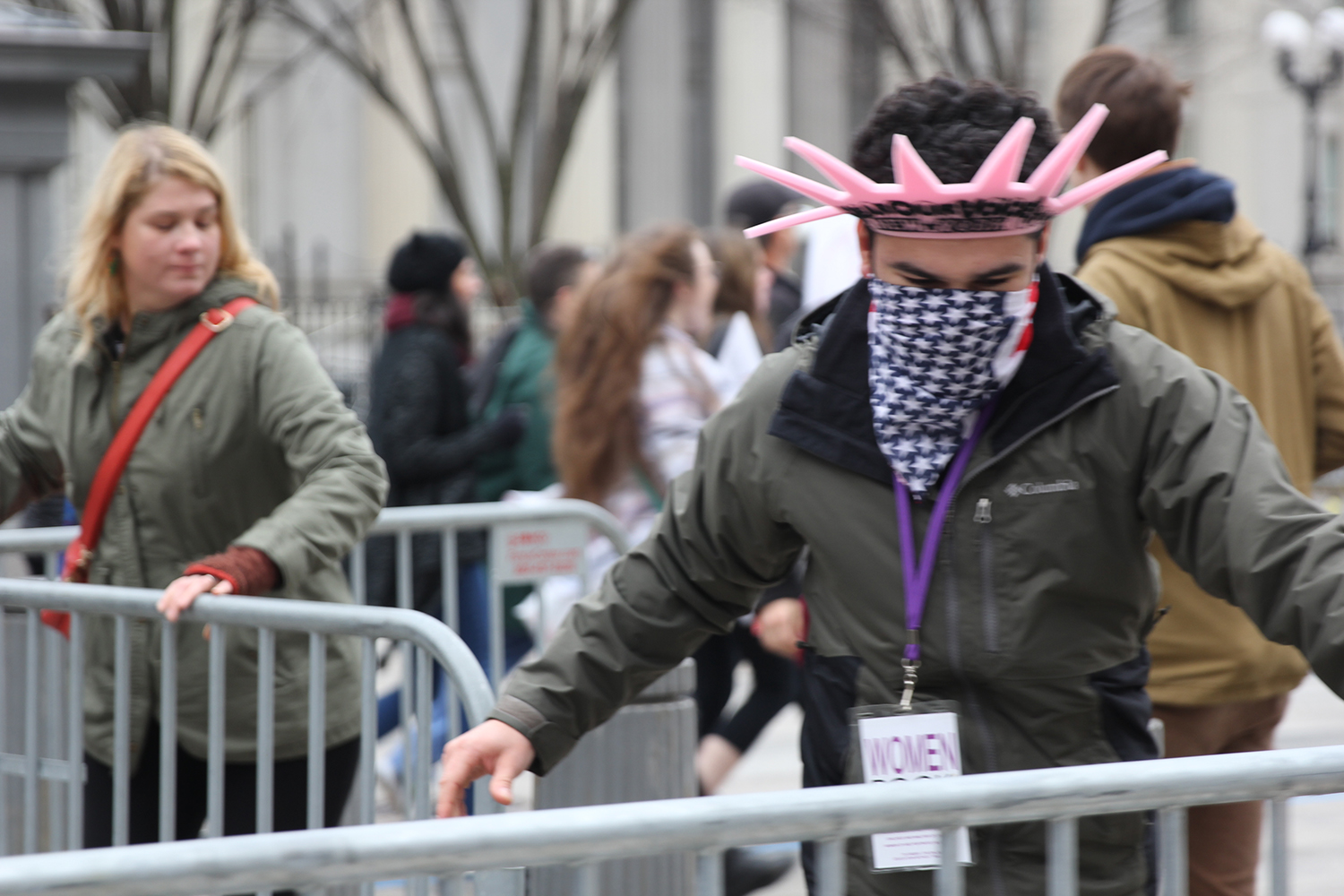 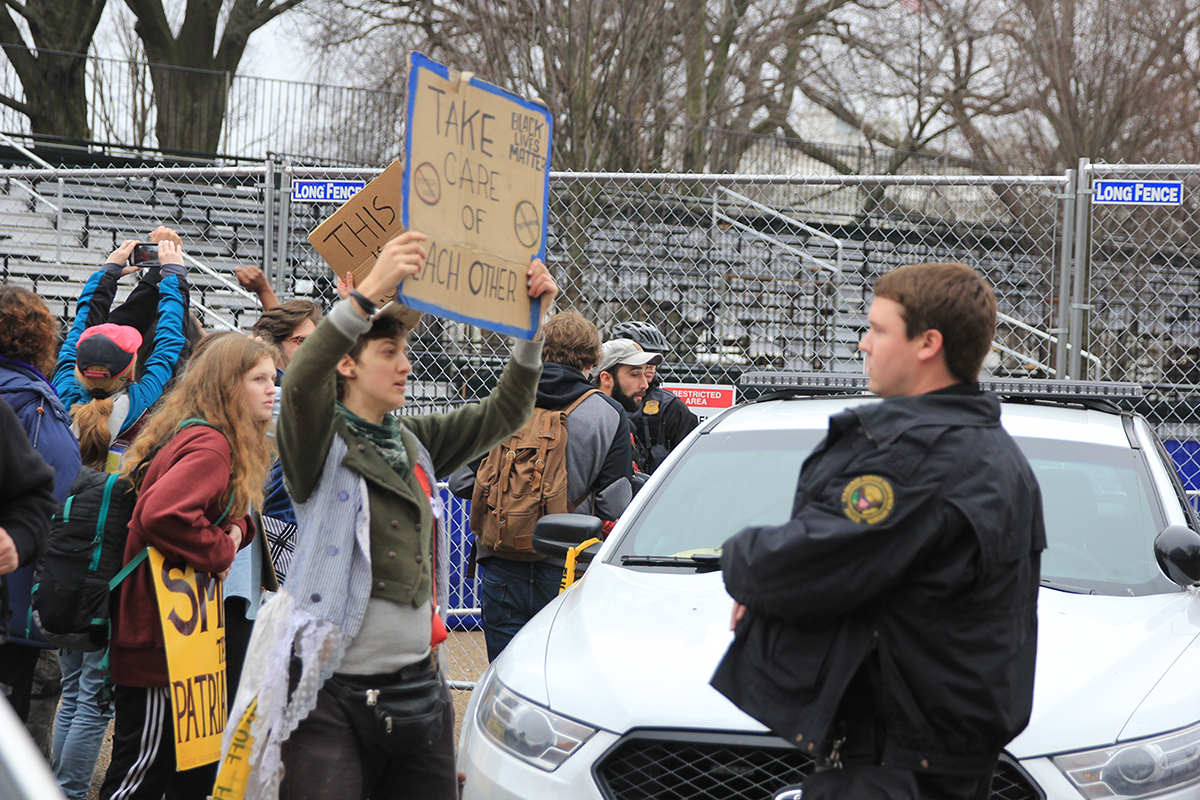 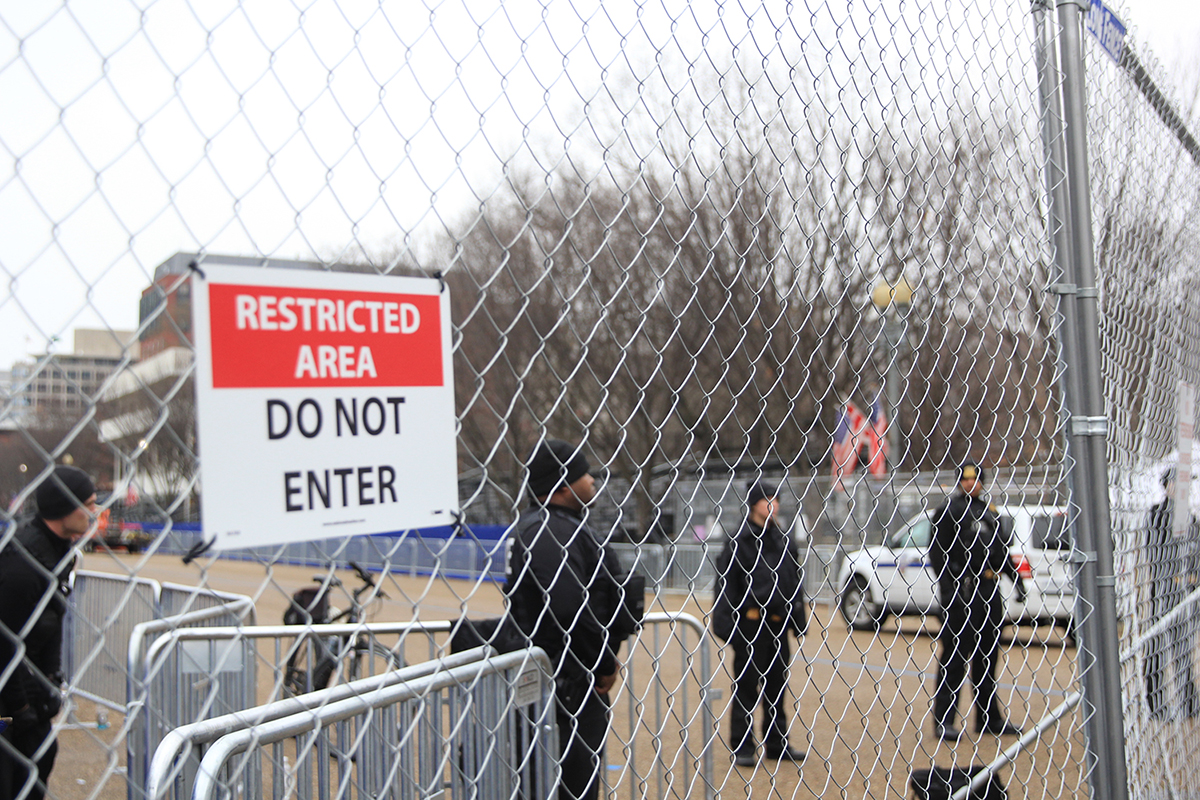 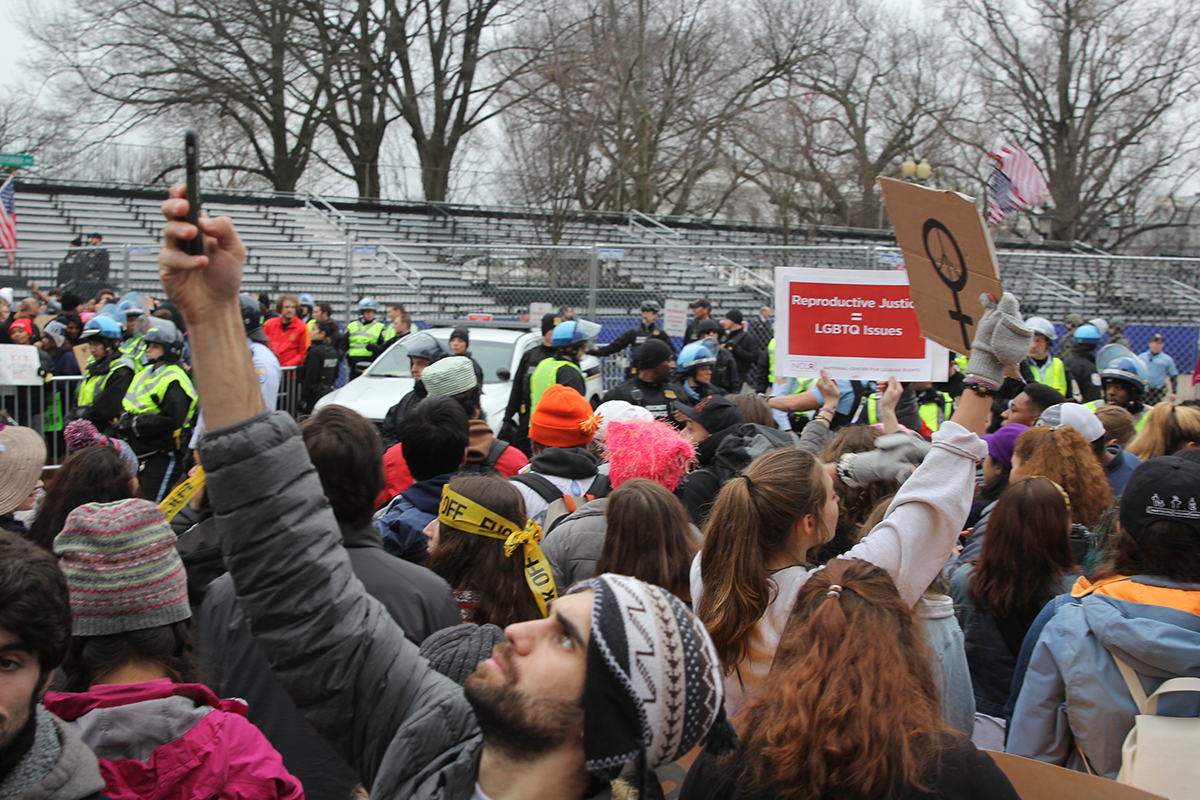 The commotion began just before 3 p.m., when a handful of protesters pushed aside the metal gates at the intersections of NW 15th Street and Pennsylvania Avenue. The crowd swelled as more Women’s March participants walked past, many unaware that the area they were standing in was off limits.

As the Secret Service and police presence grew, the crowd chanted, “Open the gate,” and “That’s our house.” They carried signs that read, “My body, my choice,” and “Women’s rights are human rights,” the theme of today’s march.

“I see police just doing their job. It’s unfortunate that they’re put in a position to prevent us from doing what we’re entitled to do,” said 29-year-old Pennsylvanian Kira North. She arrived outside the White House about 45 minutes into the confrontation and was not aware that protesters had entered into a restricted area, a situation she also described as unfortunate. “To push back in ways that aren’t productive doesn’t help anybody.”

Protesters gradually began to leave the area about 45 minutes later, dispersing at about 3:45 p.m. as law enforcement officers placed barriers in the area close to the crowd and protesters returned to 15th Street NW, where they continued to march in support of women’s rights.