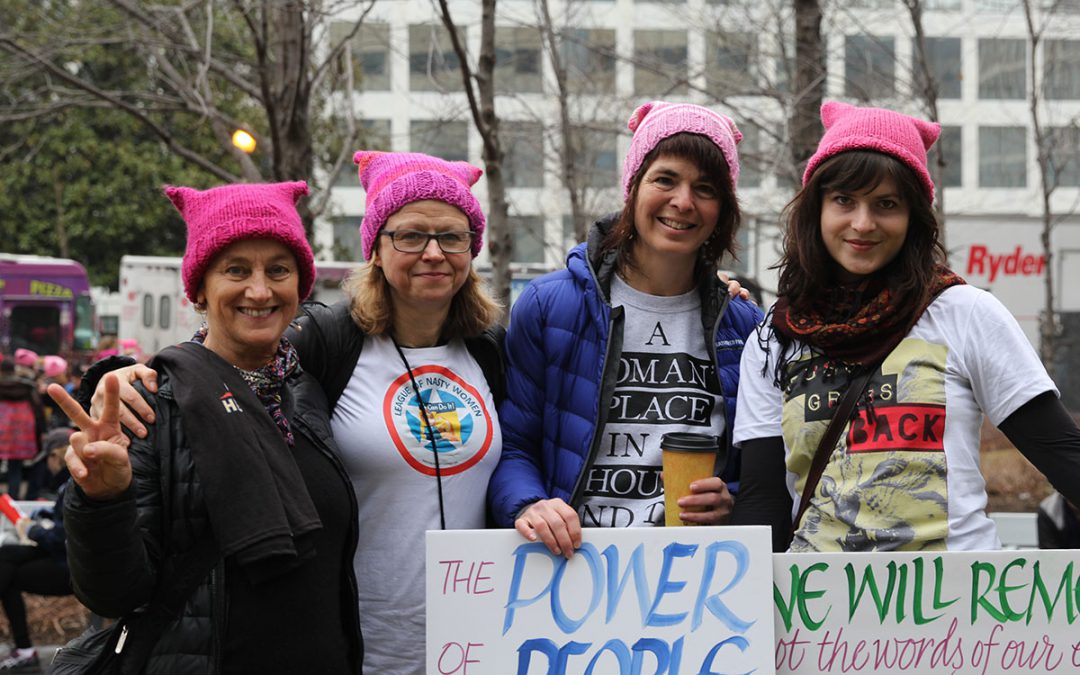 WASHINGTON –Pink hats were the preferred headgear for the hundreds of thousands of women at Saturday’s Women’s March, but to Kelly Krieger from Bellingham, the one on her head was particularly special.

“This is just the last one I made,” she said. “I was knitting up to the last minute and passing them out on the plane and in the airport and then this is just what was left.”

Krieger, with help from women in Seattle and Beillingham, supervised the creation of around 400 of the “pussy hats” that have become a symbol of the march. The name is a tongue-in-cheek reference to President Donald Trump’s past comments in an audio recording about a woman he had grabbed.

Krieger’s 24-year-old daughter, Emily, who lives in Seattle, joined her mom on the five-hour plane trip to Washington.

“I think a big part of what makes this important for me to be here is that I do get to be here with my mom,” said Emily. “And it’s really important to me that we share those values, and I’m able to engage with something that’s in line with my female identity and just be surrounded by a bunch of amazing women and people who support women’s rights and people who support equal rights for everyone.”

Olympia Mayor Cheryl Selby was also among the hundreds of thousands of marchers who walked from Independence Avenue to Pennsylvania Avenue, ending at the White House. She held a placard whose message matched the one on her shirt: “Love Wins.”

“One of the things I’m here for is to carry the message of hope,” Selby said. “I have been going to bed every night discouraged because I don’t see this new administration bridging the divide.

“I see them creating more divides in our community and in our nation,” she added. 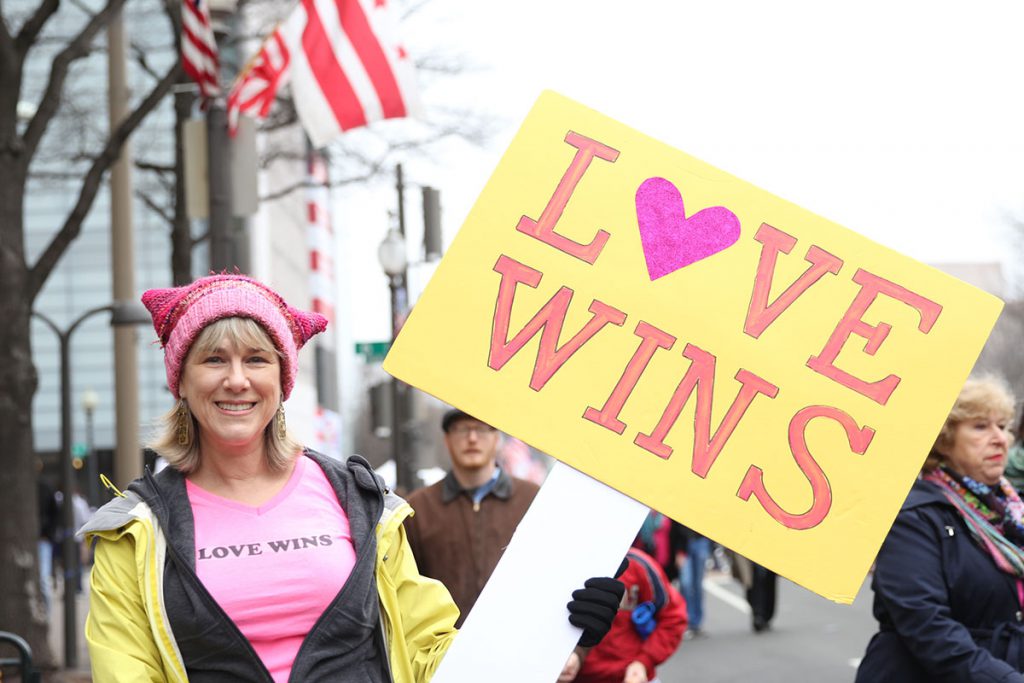 Selby has been in Washington since last Monday to attend a U.S. Conference of Mayors meeting Tuesday through Thursday. She was happy to have the chance to stay through Saturday so she could join the Women’s March on Saturday and get the energy from the crowds.

“I feel that in Washington state, certainly in Olympia, we live in a bit of a bubble,” Selby said. “It’s good that we come across the United States, and join with the like-minded folks, and get inspired.”

Rep. Denny Heck, D-Wash., connected with Selby and approximately 30 people from the Olympia area over breakfast early Saturday before the march.

“I feel like we need to show up and show the administration that there’s a lot of people that don’t agree with their agenda,” said Susan Long from Seattle.

Long, who works in sustainability, is concerned about the Trump administration “completely abandoning the belief in climate change.”

“We can’t have anything unless we have a place to live,” she said.

She and the other Washington state marchers believe the march is just the beginning of their work to combat Trump policies they oppose.

“I’ve lived long enough to see administrations come and go. This one will come and go too,” said Selby. “But we have to make sure that there’s little damage to our values as possible in those four years.”