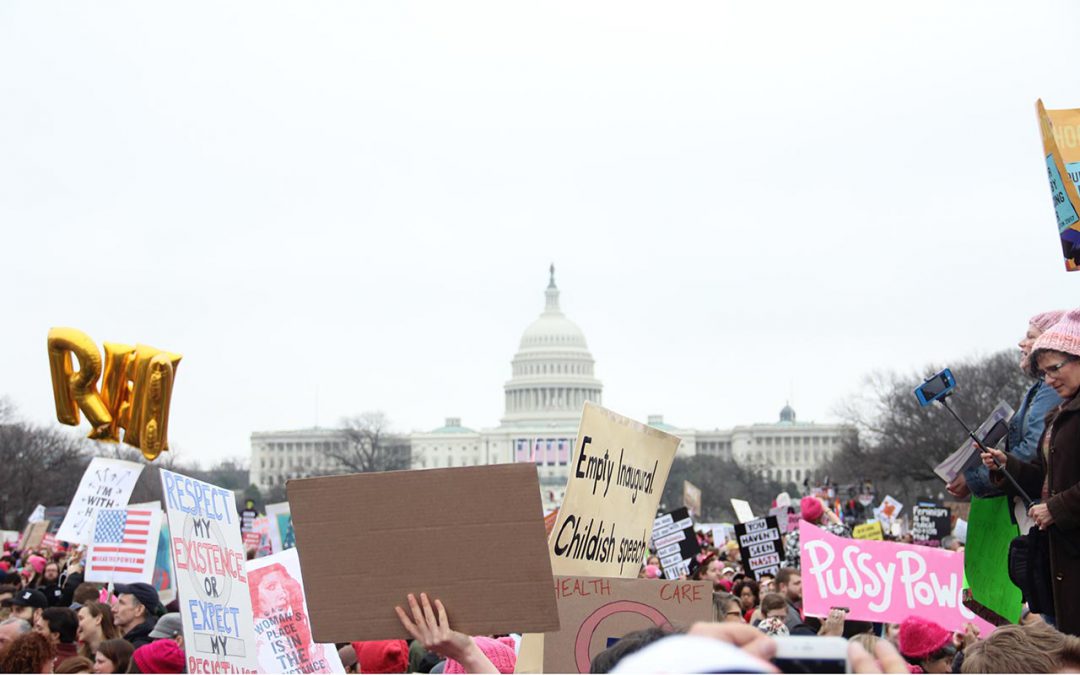 Hundreds of thousands of women and supporters gathered on the Washington Mall to protest the inauguration of Donald Trump. (Carolyn Cakir/MNS)

WASHINGTON –Ashley Judd delivered a raunchy, impassioned speech on Saturday at the Women’s March on Washington and recited a poem that declared: “I am a Nasty Woman.”

“My name is Ashley Judd, and I am a feminist,” she said, taking the stage after a speech by Michael Moore.

Judd, who has often used her fame as an actress to address political issues and to advocate for the rights of rape survivors.

The actress read the poem “I am a Nasty Woman’ by Nina Donovan, a 19-year-old beat poet, on the main stage of the rally on Independence Avenue. Donovan wrote the poem to fight back after Donald Trump called Hillary Clinton a “nasty woman” at a presidential debate last year.

“I am a nasty woman, but not as nasty as a man who looked like he bathes in Cheeto dust,” Judd recited, eliciting cheers from the crowd. “I’m not nasty, like the combo of Trump and Pence being served up to me in my voting booth. I’m nasty like the battles my grandmothers fought to get me into that voting booth.”

The Kentucky women in the crowd were some of many thousands who could not hear Judd or other speeches on Saturday.

“There was such a giant crowd, wonderfully giant,” said Laura Lee Cunviss of Versailles. “Unfortunately, it made it difficult to hear it.”

Cunviss, who works in the marketing department of University of Kentucky HealthCare, said she thought the organizers had underestimated how large the crowd would be and how many sets of speakers they would need.

“When I was [in Washington] for Obama’s inauguration, they said it was 1.2 million [people],” she said. “It felt like as big of a crowd for me today.”

She added that she was hoping to watch Judd’s speech online when she returned from the march.