Changing CVE to focus on Islam is counterproductive, critics say 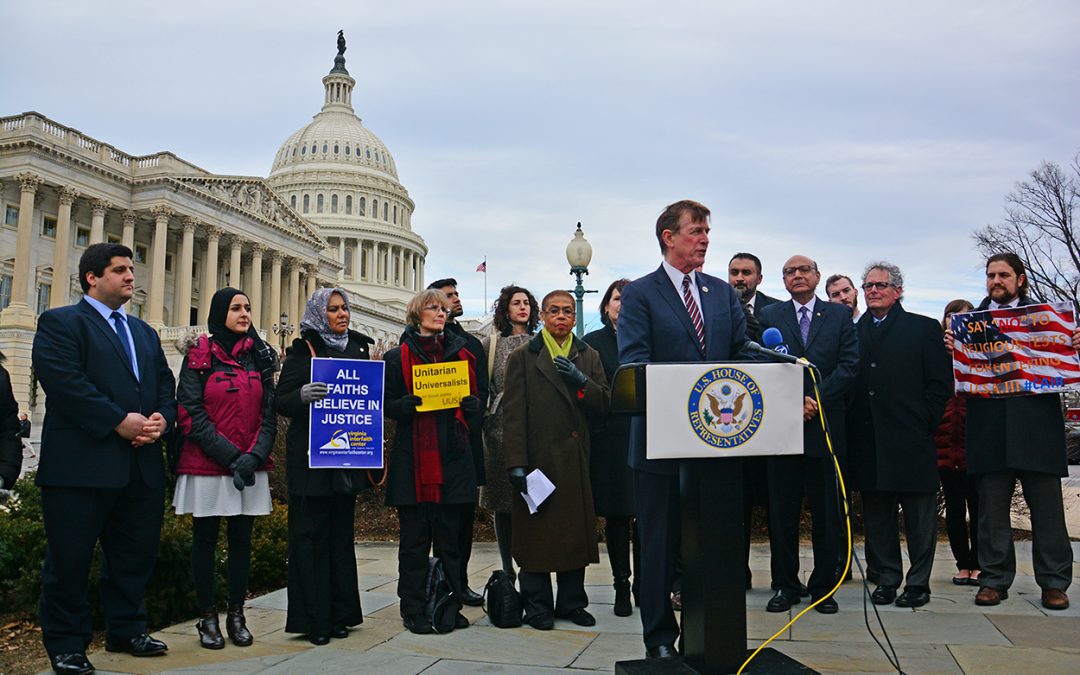 WASHINGTON–Civil rights advocates and Democrats in Congress are reacting angrily to reports that President Donald Trump wants to narrow the scope of a program established by the Obama administration to fight the roots of terrorism by instead singling out Islam.

Trump frequently attacked former President Barack Obama and Hillary Clinton, his opponent in the 2016 presidential campaign, as being too gentle and “politically correct” in dealing with extremism and avoiding the term “radical Islam.”

The Obama administration’s program funded and provided support for local police departments, municipal governments, universities and nonprofit organizations that worked to prevent all forms of extremism. It included efforts to de-radicalize white supremacists, who have carried out violent attacks in recent years.

Such a narrowed focus would be “a terrible thing,” said U.S. Rep. Don Beyer, D-Va.

“It seems naive to believe that Islamic extremism is the only kind that exists in the world,” Beyer said Thursday at a news conference. He pointed to the example of Dylann Roof, who killed nine African Americans at a church in Charleston, South Carolina in 2015.

Even those skeptical of some aspects of the program said there is cause for concern. 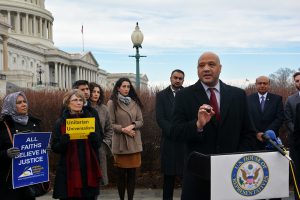 “Changing the name, I think, misses the point of not targeting racial supremacist organizations whom law enforcement has verified are a greater threat to our internal security,” said U.S. Rep. Andre Carson, D-Ind. Carson said while he supported the Obama administration’s program, he thought it could have been used to spy on Muslim communities without just cause.

Sen. Ted Cruz, R-Texas, has agreed with Trump, saying that Obama’s approach to countering extremism had been weak and ineffective.

Cruz, a Republican candidate for president in 2016, said at Senate hearing in June that the Obama administration had “ample evidence to step in and prevent these terror attacks,” and displayed “willful blindness” that “has allowed the threats to go forward.”

Radical-right terrorists pose a real threat to American security interests, according to the Southern Poverty Law Center, which tracks extremists and hate groups. There are 892 active hate groups in the United States, according to the group. Six Muslims were fatally shot in Quebec City by a white nationalist over the weekend, in an attack Canadian Prime Minister Justin Trudeau called an act of terrorism.

Muslim-American extremists killed 54 people in the United States in 2016, and a total of 123 since September 11, 2001 attacks, according to a report by the University of North Carolina-Chapel Hill’s Triangle Center on Terrorism and Homeland Security.

The potential change to the federal program to combat extremism “is dangerous and unacceptable,” said Heidi Beirich, director of the Poverty Center’s intelligence project, in a written statement. “Sunday’s attack on a mosque in Quebec City should remind us, once again, that our government must not let down its guard against the threat posed by non-Islamic extremists indoctrinated into the ideology of hate.”

Renaming the program would signal that the Trump administration considers all Muslims suspicious, said Sahar Aziz, a professor at Texas A&M School of Law.

“While the federal program has always been about Muslims, this is going to make it impossible, if not foolish, for Muslim community leaders to work with the Trump government,” he said.

“They have declared that you [Muslims] en masse are suspicious, you en masse are a fifth column,” said Aziz, whose research focuses on the intersection of national security and civil liberties. “You en masse are associated with groups abroad that compromise a tiny, tiny fraction of the 1.5 billion people who identify as Muslim, that whatever crimes they commit, we’re going to impute them on you.”