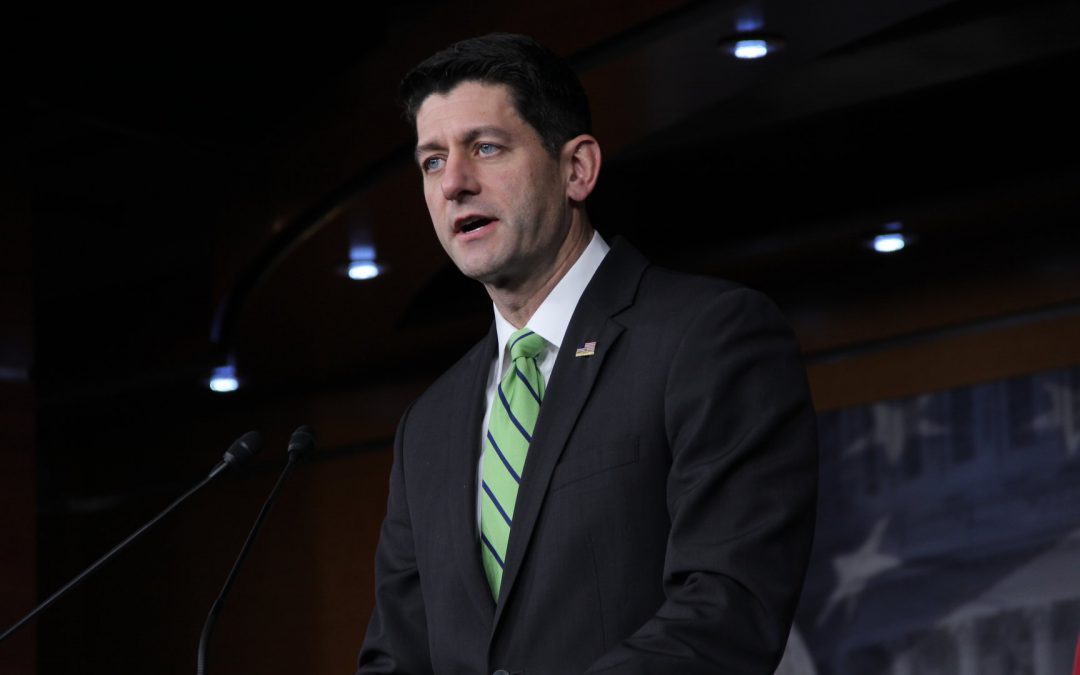 House Speaker Paul Ryan announced that House Republicans will have legislation to replace the ACA with a GOP health care plan by the end of the first quarter. (Taylor Goebel, MNS)

WASHINGTON — House Speaker Paul Ryan said Thursday that President Donald Trump’s executive order blocking travel from Muslim majority countries is needed to keep out terrorists and was not a Muslim travel ban, but House Democratic Leader Nancy Pelosi called the order everything from “immoral” to “reckless.”

At her weekly press conferences, Pelosi focused on Democratic efforts to rescind the ban, which prohibits travel to the U.S. by residents of seven countries that have been identified as harboring terrorists for 120 days, suspends the refugee resettlement program for 90 days and blocks Syrian refugees indefinitely. She also said her party is pushing to save the Affordable Care Act while criticizing the White House for deliberately not alerting Americans to the law’s upcoming application deadlines.

Shortly after, Ryan held a press conference to announce that House Republicans will have legislation to replace the ACA with a GOP health care plan by the end of the first quarter.

“In 2009, (President Barack) Obama said, ‘My guiding principle is that consumers do better when there is choice and competition.’ I couldn’t agree more,” Ryan said in the Capitol. “That is the way Obamacare was sold. That is not how it has turned out.”

Ryan said double-digit premium increases and high deductibles under Obamacare are the result of a lack of health care choices. He said70 percent of all counties in America have either an insurer monopoly or duopoly.

“Republicans continue to try and create uncertainty and sabotage the [health care] marketplace,” Pelosi said during her press briefing. “Last week the Trump administration abruptly canceled much of the (ACA’s) advertising and outreach – efforts that helped remind Americans that their time was running out to complete their applications. This is outrageous that they’re saying, ‘We’re not even going to let you know what the law allows you to do because we’re philosophically opposed.’”

Despite Ryan’s efforts to keep his press conference focused on health care, he was repeatedly questioned on Trump’s ban on travel to the U.S. by people from the seven Muslim-majority countries. Ryan referred to it as “National Security 101” and criticized the branding of the order as a “Muslim ban.”

“This is not a Muslim ban. If it was I would be against it,” Ryan said. “After the Paris attacks, it became clear to us that one of the terrorists infiltrated the refugee population coming from Syria. So we wanted to make sure that didn’t happen in this country.”

“I think there is a perception issue and this loose rhetoric that suggests this is a religious test or a Muslim ban is wrong because this is not that,” he continued.

Ryan acknowledged that the rollout of the order “could have been done much better” and that “nobody wanted green card holders to get caught up in this.”

Meanwhile, House Democrats are pushing to roll out the Statue of Liberty Values Act to rescind Trump’s ban. Pelosi praised Americans who have been protesting at airports, the Supreme Court and elsewhere across the country.

“What’s making America less safe is to have a white supremacist named to the National Security Council as a permanent member,” she said, referring to Trump’s decision to place White House Chief Strategist Steve Bannon on the NSC while downgrading the chairman of the Joint Chiefs of Staff and the national intelligence director.

On Russia, Ryan and Pelosi agreed on the need for a tough U.S. stance toward Russia. Ryan called himself a “Russia hawk” and Pelosi criticized the Trump administration’s plans to “review” sanctions on Russia.

“I’m more concerned about what the Russians have with Donald Trump that he may be flirting with the idea of lifting them. The sanctions exist. The president has to make that clear,” Pelosi said.