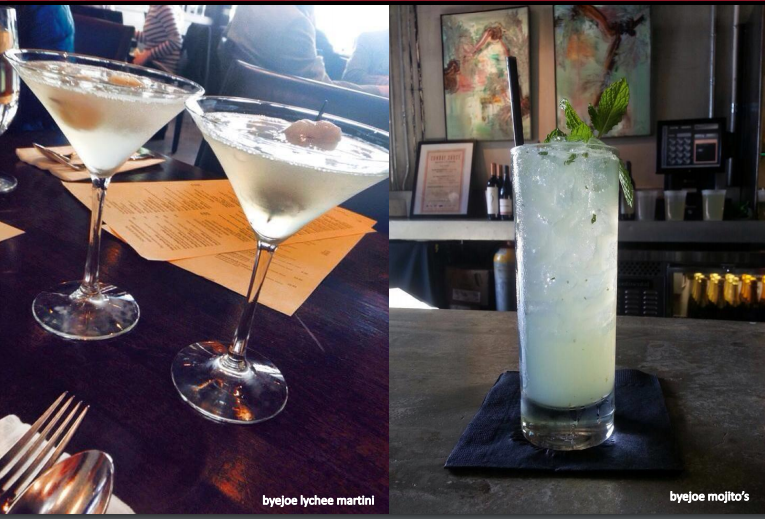 A lychee cocktail and mojito made of baijiu. (ByeJoe Spirits USA)

WASHINGTON–After 15 years of working in Chinese banking and finance, Matt Trusch turned to the bottle.

Trusch moved from Shanghai to Houston in 2013 and founded ByeJoe Spirits USA, the first U.S.-based manufacturer of the traditional Chinese liquor baijiu. The highly alcoholic “Chinese jet fuel” is the most widely consumed spirit in the world. Although some baijiu bars have popped up stateside, it still comprises less than 1/100th of total spirits sold in the U.S., according to the U.S. Distillery Council.

Trusch aims to change that.

“With all these brands in the U.S., it’s like a mini U.N.,” Trusch said. “Russian vodka, Mexican tequila, French champagne, but the one country that’s been around 5,000 years doesn’t have this sort of reputation.”

He added: “It’s definitely the number one spirit most people in the West have never heard of.”

His job may have become harder in January when Donald Trump became president. Trump’s tough talk toward China and proposed changes to the tax code combined with Chinese restrictions on their investors sending money overseas could hurt the already fragile demand for the drink in the U.S.

“Short-term, I don’t think it’s affected our business,” Trusch said, adding that in recent years ByeJoe sales have increased about 300 percent year over year. “It could even have a positive effect. China mentioned more in the press raises greater awareness.”

Trusch said American consumption of Russian vodka was at its highest during the Cold War, as an example of a foreign drink’s potential during testy political times. Rather than politics, Trusch said the spirit’s high alcohol content is the main reason it hasn’t yet made it big in the U.S. market.

Baijiu typically ranges from 50 to 65 percent proof by volume, compared with about 40 percent for rum or vodka. To get a lower proof, Trusch’s company imports the fermented sorghum from Chinese partners, and then filters the baijiu at a distillery in South Carolina to bring its alcohol content down to a level ideal for mixed drinks.

“We just wanted to bring the right kind of product to the Western market,” Trusch said.

Trusch’s interest in China started in elementary school, when he carpooled with Chinese classmates who would teach him basic Chinese words. In high school he enrolled in Chinese lessons, and he spent a summer studying in Beijing between his sophomore and junior years.

“It was a really naïve time and place,” he said. “It was like NYC on steroids. A really interesting place, kind and friendly, welcoming and curious. It was a fun time to be there.”

From there, he majored in Asian studies at Dartmouth University, and spent a semester studying abroad in Harbin, a city in northeast China fondly known as “Chinese Siberia.” Every winter, the city hosts the annual International Snow Sculpture Festival, where artisans carve ice castles that rise stories above the snow-covered hills. It was in Harbin that Trusch tried baijiu for the first time.

“It was a freezing time, so cold, and we would just stay indoors and drink baijiu to stay warm,” Trusch said. “I started having my taste of baijiu, up there.”

Trusch decided to continue his studies, and earned a master’s in regional studies in East Asia- China at Harvard University and decided to start a career in China. He worked as a hedge fund manager, real estate developer, diamond trader and even acted in Chinese TV sitcoms.

During that time, Trusch continued to enjoy baijiu and realized its absence in the U.S. was an investment opportunity,

“I thought, ‘How can I really take this amazing spirit, and the enjoyment of it, not just the differences that come along with it.’ And some four or five investors told me to work right on it.”

“Captures the wild and wooliness of baijiu with a savory, fruit-forward twist. This will be fun to mix with and create adventurous cocktails,” alcohol rating website Tastings.com wrote of ByeJoe Red in 2013, calling the drink “exceptional.”

In about a year, ByeJoe plans to launch a series of new flavors, including a lavender tea- flavored spirit. The company also plans to expand its portfolio of bars. The drink is featured at two bars in Walt Disney World, and is in talks to expand its presence in a few P.F. Chang’s restaurants to encompass all the restaurants, Trusch said.

“I spent 30 years studying China, and connected to China,” he said. “I really felt it was something inevitable, something that’s part of Chinese culture that should come abroad.”

A version of this article appeared on Nikkei Asian Review.