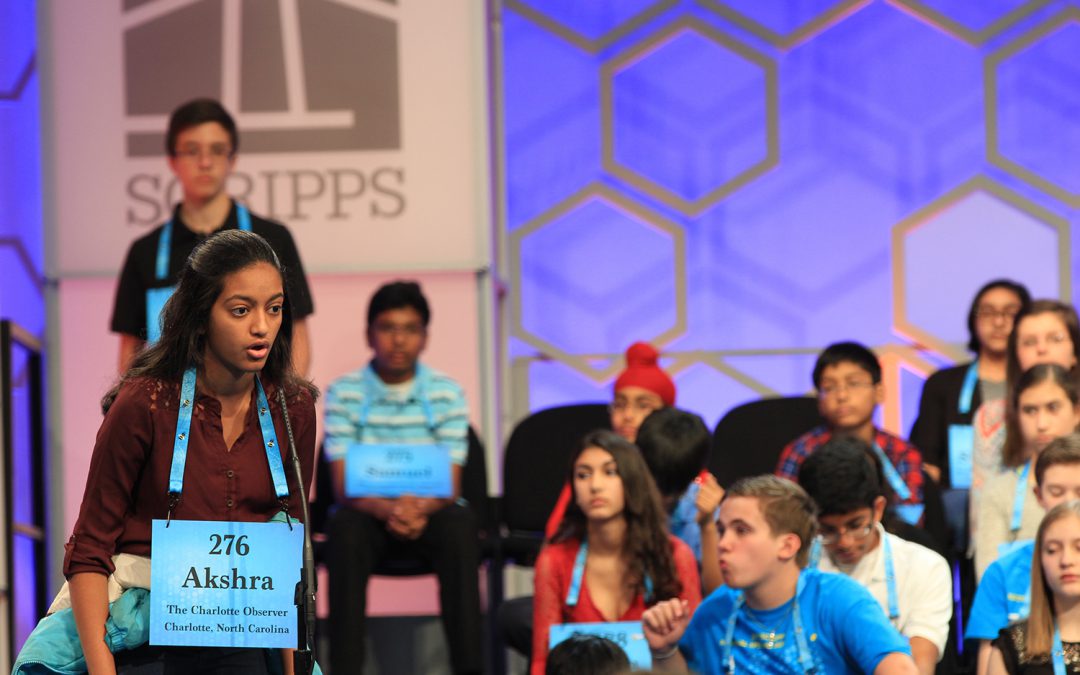 Akshra Paimagram, 14, spells “sorbitol” correctly during the second preliminary round of the national bee. (Maryam Saleh/MNS)

NATIONAL HARBOR, Md. — If Akshra Paimagam was nervous on stage at the Scripps National Spelling Bee on Wednesday, she did not show it. The Charlotte eighth grader breezed through the preliminary rounds of the bee Wednesday, correctly spelling “sorbitol” and “conveyance” to become one of 40 students vying for the championship in the final round Thursday.

“I was really relieved when I got words that I knew, and I spelled them correctly,” she said.

Paimagam, of Randolph Middle School, was one of 291 participants in the preliminary rounds of the 90th Scripps National Spelling Bee, held Wednesday at the Gaylord National Resort, a Washington-area hotel and convention center. By the end of the afternoon, the group was whittled down to 40 spellers, who will compete in the bee’s final round Thursday.

The preliminaries were split into three parts: a written spelling and vocabulary test Tuesday, and two oral rounds Wednesday.

“It’s always nerve-wracking, even if we’ve gone through it before,” said her father, Premnarasu Paimagam.

The 14-year-old speller has been spelling competitively in the second grade, and she said she is fascinated by words.

“I love learning new words and breaking down words and seeing the uniqueness behind every single word and what makes words different from each other,” she said. 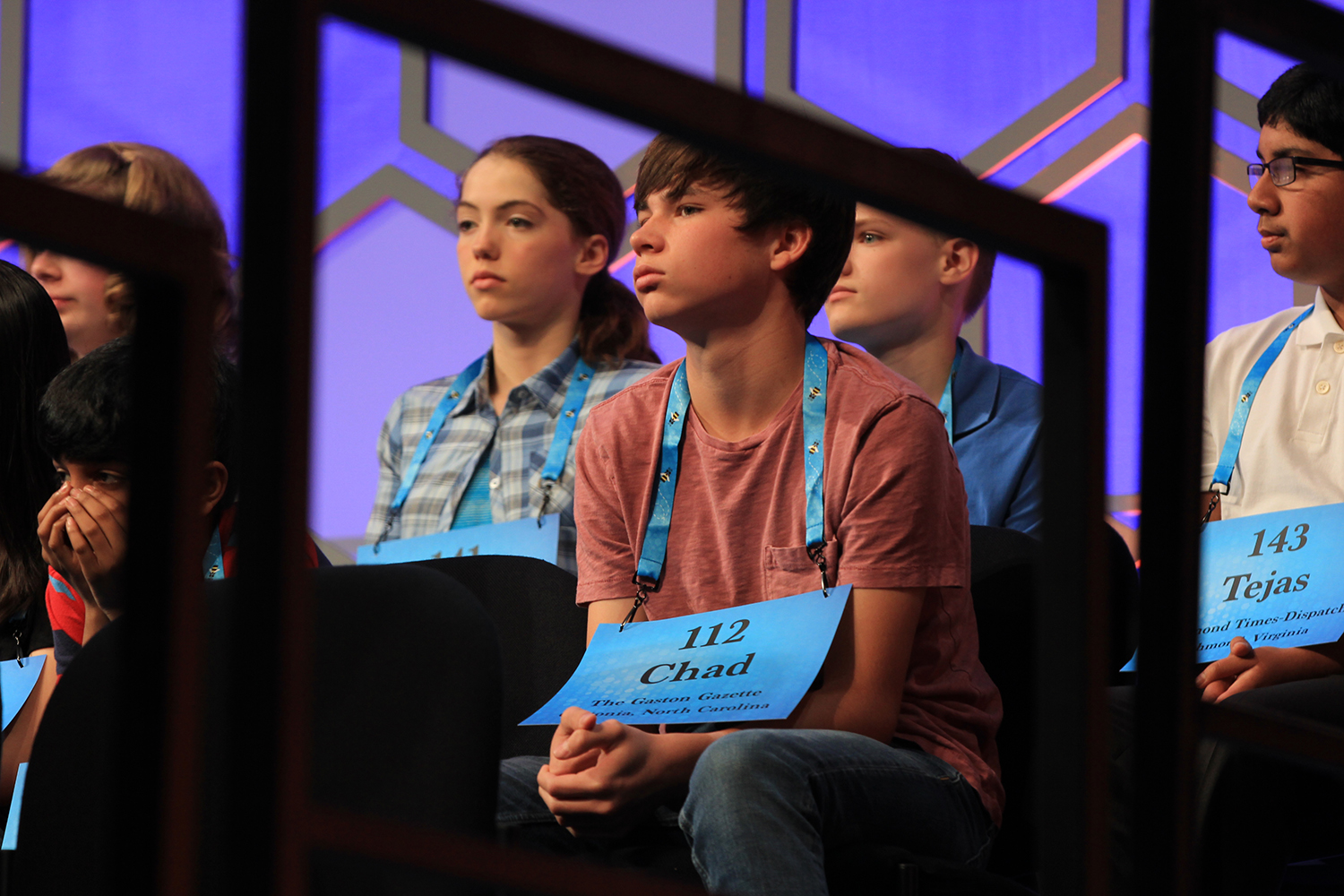 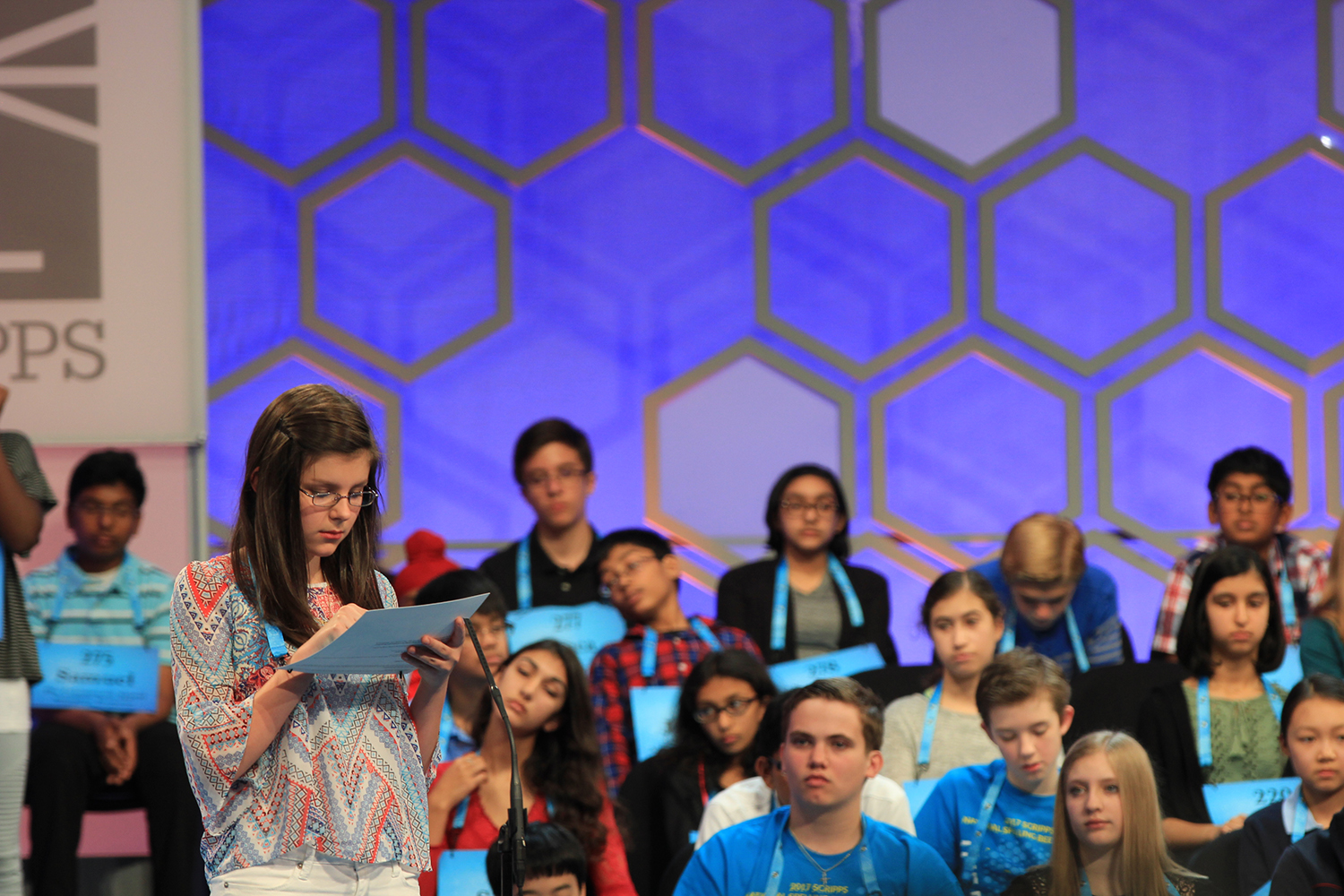 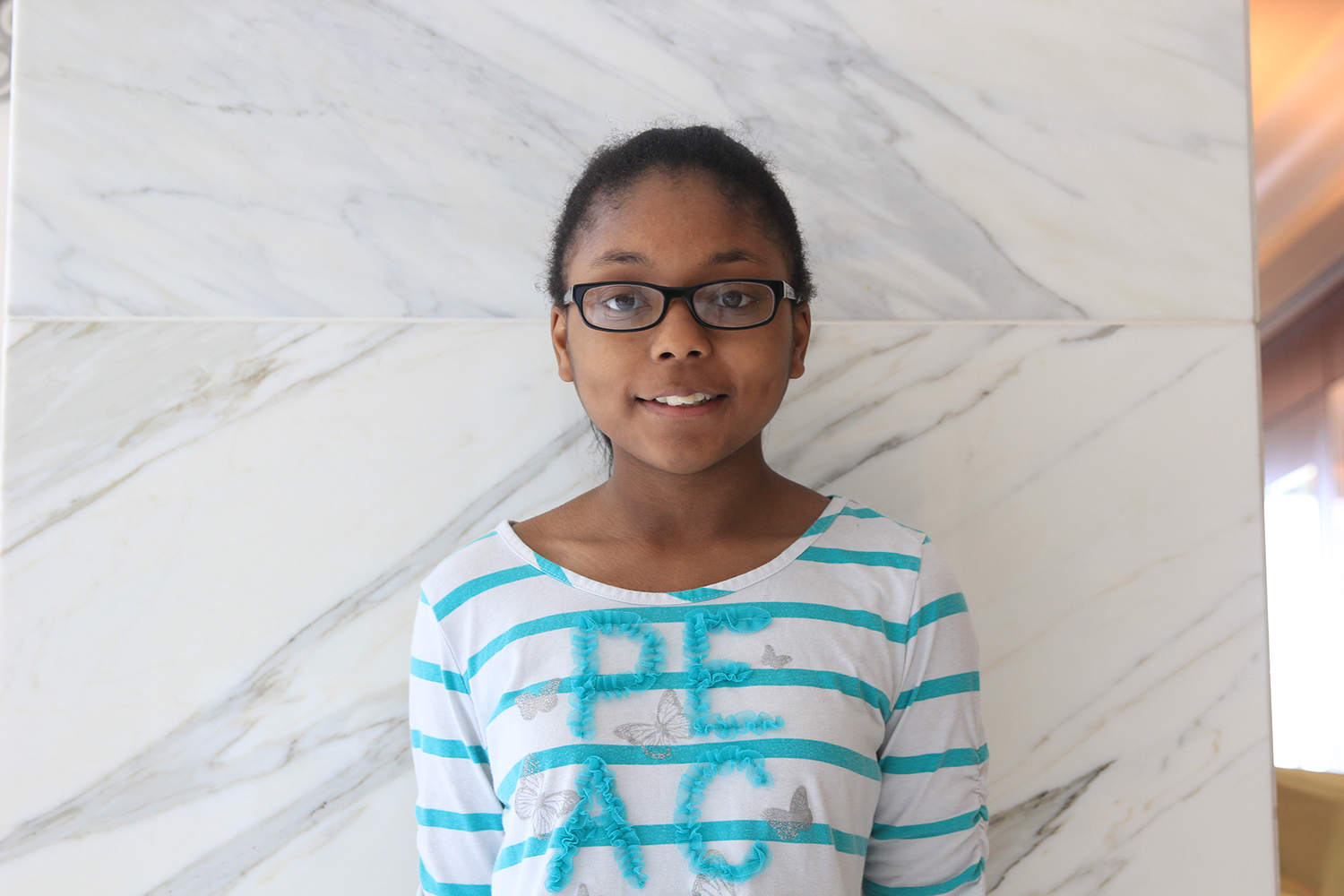 The competition was at times tense and the spellers were nervous—some clasped their hands around the microphone or rocked their legs back and forth as they stop on the illuminated stage—but they maintained a lighthearted and congenial mood. As they addressed pronouncer Jacques Bailly, some contestants belted out greetings in foreign languages—buenos dias, bonjour, and lesser-known salutations in Samoan, Welsh and Korean—and they exchanged high fives with each other after spelling their words correctly, and even when they misspelled.

“I can’t remember when exactly I attended my first spelling bee, but it was pretty early,” Saunders said. “And I’ve just loved being in them.”

Brown has been competing since the fifth grade, and she said she loves the competitive spirit of the bee.

Bailly, who won the 1980 bee, said he is constantly surprised by the spellers’ talents.

“I think they’re getting better and better,” he said during an afternoon news conference. “It’s just like the Olympics: you open it to a wider and wider audience, you get better and better competitors.”

Lawndale eighth grader Haven Griggs said she is proud of her accomplishments, despite not making it past the second round. She was stumped by “hesthoghenous,” which means “covered in down when hatched.”