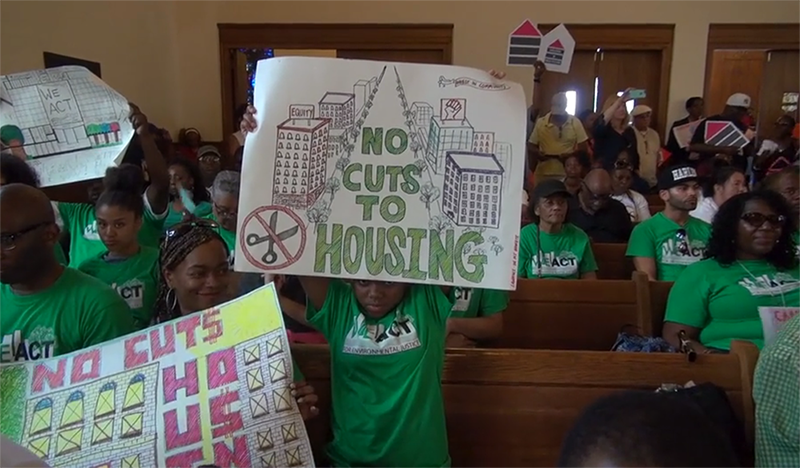 Protesters held signs while shouting, “Housing is our right,”“Stop selling our neighborhoods to Wall Street’ and “No cuts to housing.”

Protesters held signs while shouting, “Housing is our right,” “Stop selling our neighborhoods to Wall Street,” and “No cuts to housing.”

Sen. Elizabeth Warren (D-Mass.), spoke to the protesters at the Lutheran Church of the Reformation, saying the proposed cuts would be devastating to people living on low incomes, especially the elderly.

President Donald Trump’s proposed cut in the Housing and Urban Development funds for low-income housing would eliminate housing vouchers for 250,000 households. The administration also wants to increase rent for all federally assisted households from 30 percent of household income to 35 percent, according to research from the Center on Budget and Policy Priorities.

The Tenant March was organized by 24 organizations, including the Center for Popular Democracy, the Center for Community Change, and Right to the City.