Amazon Hiring Spree = Jobs in Baltimore and Around the Country 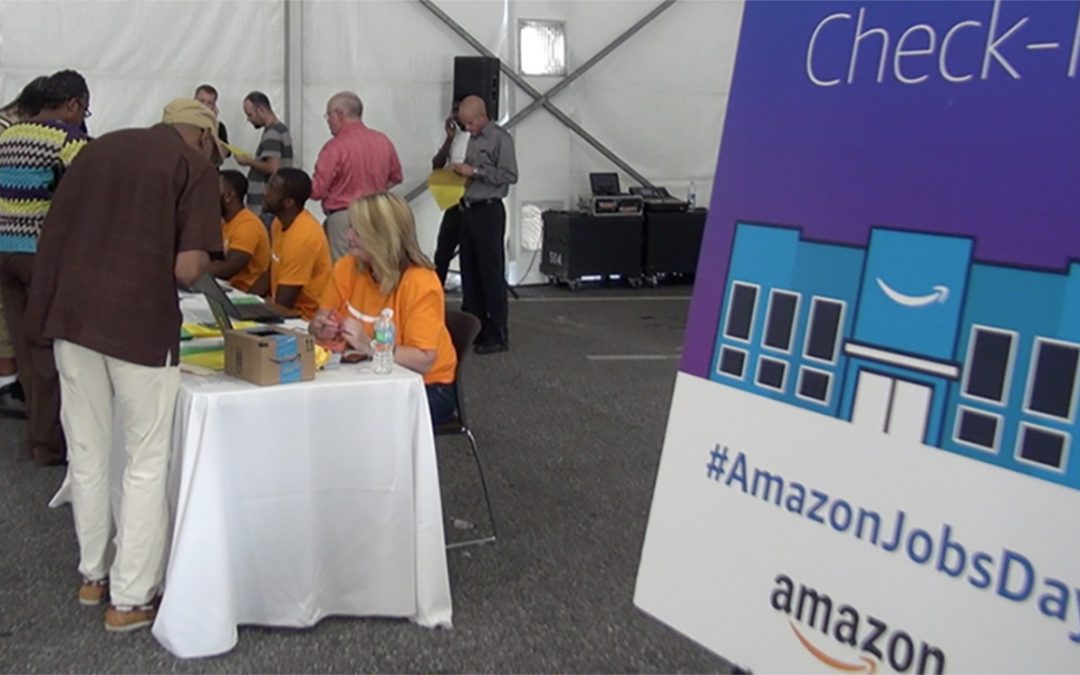 BALTIMORE – Amazon.com, Inc. (AMZN) opened its doors to the public in the largest hiring spree in the company’s 23-year history today, with 1200 new roles filled in the charm city alone and 48,800 more nationwide.

From 8 a.m. to noon, the electronic commerce and cloud-computing company offered tours, conducted interviews and hired staff as a part of its effort to provide a total of 100,000 jobs in the U.S. by 2018.

“A big part of the push for more workers today is to enhance the way we pick, pack and ship customer orders on time,” said Lauryn Lynch, a spokesperson at the Baltimore fulfillment center.

“We want leaders who will do best by our customers by complementing the Amazon robotic technology and vision  systems at our fulfillment center.”

Lynch also encouraged communications and sales associates to consider applying for roles at an adjacent sortation facility set to open in the fall center and will feature products for the premium service, Amazon Prime.

Today’s hiring process guarantees 30 percent higher wages than standard retail pay for all on-the-spot hires, differentiating it from previous years, where employees were paid based on skill level.

Long-term career paths include prepaid tuition in-demand fields and benefits from day one, including stock awards and 20-weeks of paid leave.

This type of long-term benefit is exactly what attracted job seekers and their families were invited to were invited to apply for jobs full-time and part-time jobs in advance.

One eager candidate, Nicole Palmer of Hanover, Pennsylvania started her journey at 6 a.m., to make the hour-and-a-half drive to the job fair.

“Pennsylvania is a great place to work but Maryland has a better minimum wage. I made the commute between both states for nine years before going back to school. It’s worth it,” Palmer said.

“Now, I would like to get hired and work my up operations manager or products manager. My application salary calculator estimated  that I could earn up to $55,000 per year.”

While many job seekers stood in line for hour, other, like New Yorker Joseph Lespier, attended the job fair with personal interests.

“I love Amazon, especially as a stockholder. I check on my investment daily. It makes me proud to see so many people seeking jobs, especially in this tough economy. I feel more confident that after today’s job fair, Amazon can now give Walmart a run for its money over the next year,” Lespier said.

How today’s increase in staff will affect the profits for Amazon is yet to be determined. Some speculate, however, that the success of Jeff Bezos, Amazon’s chief employee who briefly topped the list of the world’s wealthiest last week, might boost the company’s public perception and might play a role in retail market share increases.