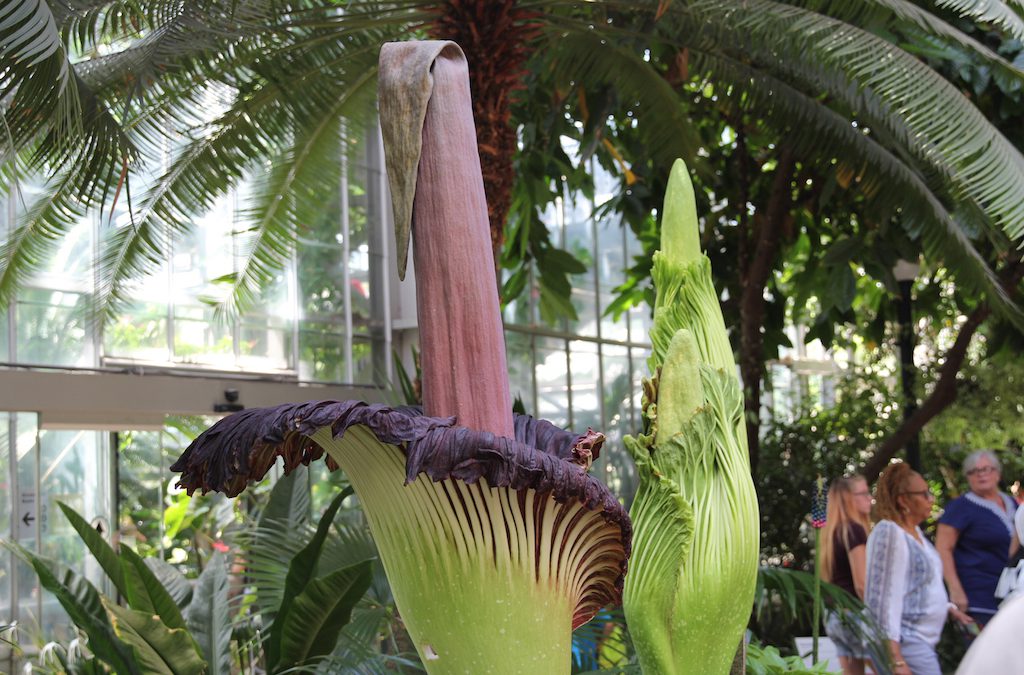 The three corpse flowers of the US Botanic Garden; one has begun to die, while the other two are preparing to bloom. (Katie Watkins/MEDILL)

WASHINGTON — Washington’s hot, humid summer has certainly caused those in the nation’s capital to sweat it out, but it’s just what the city’s three corpse flowers — which bloom with a violent stench — needed. The largest of the three super-sized, super-stinky blooms at the U.S. Botanic Garden began blooming Saturday night, and the other two are expected to bloom this week.

It’s the first time a U.S. institution has had three flowers blooming in the same time frame. Thousands have filed through the conservatory’s doors to get a whiff of the infamous stench.

Elizabeth Barton, plant educator at the Botanic Garden, said the smell lives up to its name.

“It has a scent that is similar to rotting meat, but there are definitely some other chemicals that you’d recognize in the smell,” said Barton. “Maybe some sweaty gym socks, stinky cheese, a little bit of cooked onion and garlic maybe. It can be pretty pungent.”

District of Columbia resident Roya Marefat, 61, describes the smell simply as “a dead mouse.” She and her husband had been waiting for the bloom all week.

“I’ve always wanted to see it,” Marefat said. “It’s worth the trip, I think. Nature is amazing and if you can get a chance to see something like this, it’s a once in a lifetime experience.” 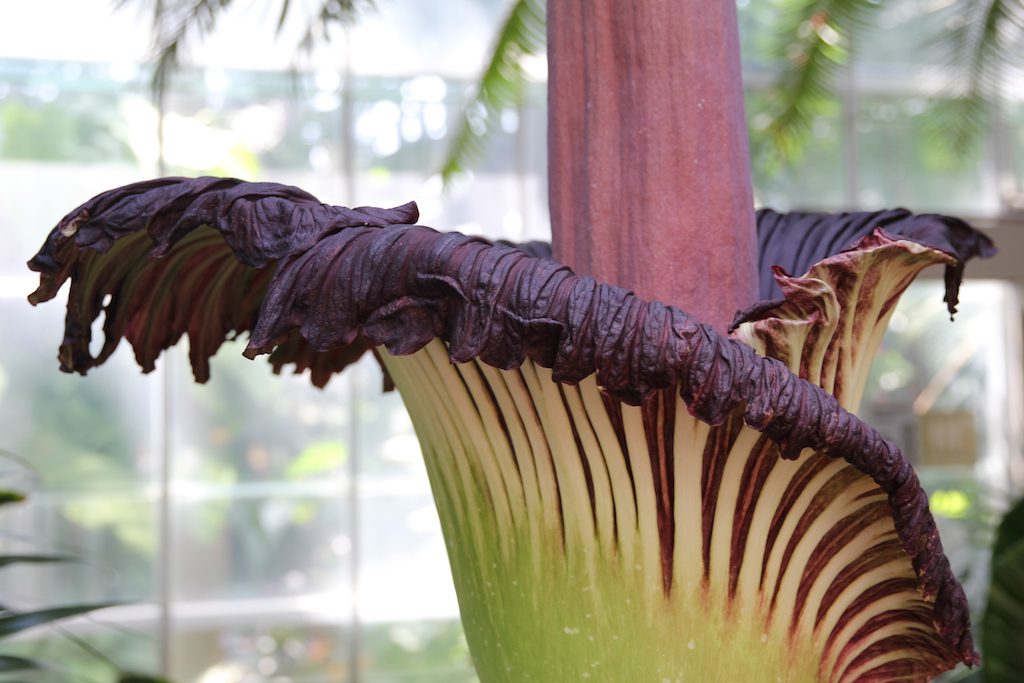 A close-up of the unique purple coloring of one of this year’s corpse flowers. (Katie Watkins/MEDILL)

In addition to their smell, corpse flowers are unique in size, typically growing to around 10 feet. When it’s ready to unfurl, the plant heats itself up. The tall column of the bloom, the spadix, works like a chimney to push the smell out.

But why does this plant smell so awful?

“This plant is pollinated by carrion beetles and flies,” Barton said. “Things that feed on rotting meat. So it’s trying to imitate the food of its pollinator.”

Although one of the corpse flowers blooming this summer has been with the U.S. Botanic Garden for 12 years, Barton said there’s still much to learn about the species. The corpse flower is considered vulnerable as its habitat faces destruction.

“This is a plant that is native to western Sumatra, an island in Indonesia, so it’s not something you’re going to see just walking down the street,” Barton said, adding that growing them in Botanic Gardens can help conservation efforts.

Becky Sisemore, a Burke, Virginia resident, said she isn’t much of a plant aficionado, but there’s something special about the corpse flower.

“Any corpse plant flower is exciting to experience,” Sisemore said. “The fact that they’ve got two more blooming shortly is just even more rare.”

To Sisemore, the smell recalls garbage and dirty diapers. “Like something died,” Sisemore said. “It’s a pretty bad smell.”

Bad is a kind way to describe the odor, but there’s no disputing that it draws people in. When asked if she’ll revisit the conservatory when the remaining two flowers bloom, Sisemore answered with a smile. 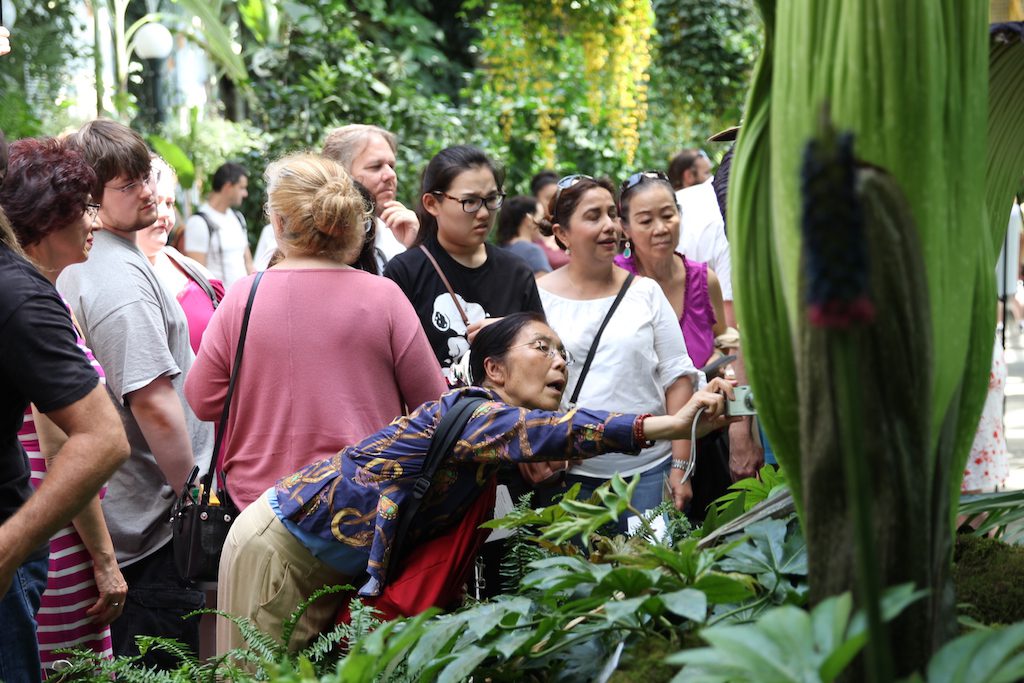 Thousands have gathered to take photos and, of course, selfies with the corpse flower trio. (Katie Watkins/MEDILL)

Text by Ritu Prasad. Video and photographs by Katie Watkins.