Designated Spenders: Are Minor League Stadiums Worth The Millions of Public Funds Spent?

Pfitzner Stadium is home to the Class A Advanced Potomac Nationals. (MEDILL/Jenna West)

WOODBRIDGE, Va. – The Potomac Nationals – a minor league baseball club in suburban Washington – are a prime example of a question facing at least 160 baseball communities around the country: Should local taxpayers pay the multimillion-dollar price tags for modern stadiums that would lure or keep minor league teams in their towns?

Many economists argue that the amount of money spent on building ballparks does not return to the community. Team owners like to say that a new stadium creates jobs building and operating the facility, but most of those positions are seasonal. Sports also can bring excitement to a community, but only a sliver of residents may really care. Economists argue that the interests of a few impact everyone financially.

“A major league stadium generates roughly the same number of year round, full-time jobs as a large Macy’s department store,” says Victor Matheson, economist and professor at College of the Holy Cross. “Minor league is going to generate maybe a tenth of that number. Most jobs being generated at the minor league level are very low level, part-time, minimum wage jobs.”

Matheson argues that a new stadium often creates a “honeymoon effect,” where increases in attendance rise for about the first 10 years. After that he says it typically levels out. Matheson does not believe this short period of higher ticket sales justifies the amount of money spent on a ballpark.

The Potomac team, known at the P-Nats, the advanced Class A affiliate of the Washington Nationals, play in Pfitzner Stadium, a 6,000-seat park built in 1984.

The Pfitz, as fans call it, is outdated, with metal bleachers lining most of the stands and dugouts that are smaller than those in average high schools. A growing trend across ballparks is open concourses, where concessions are located behind the first level seating. The Pfitz’s food stands are located by the front gate and behind the bleachers.

According to team owner Art Silber, Minor League Baseball told him the organization must have a new stadium by 2019 due to the deteriorating state of Pfitzner, which is on county land at the PWC Stadium Complex, surrounded by baseball diamonds for youth and adult leagues.

Silber, former president and CEO of Sterling Bank in Baltimore, introduced draft plans for a 6,000-seat ballpark to fans in 2012 and said the team would pay for the new ballpark by selling naming rights for $25 million.

However, as the years passed, Silber began to ask the county for funds, according to Prince William County Supervisor Pete Candland.

The proposed new location for the P-Nats is six miles away near Interstate 95. Prince William County would issue bonds to build the stadium and a parking garage nearby for commuters to use when there are no games. The team would pay $2.7 million annual mortgage payments over 30 years and $450,000 per year to rent the land.

But after delays in getting county approval, Silber withdrew his plan for the new stadium on July 13, just five days before the Prince William County Board of Supervisors was to vote on holding a public referendum for taxpayers to decide on funding the $35 million stadium.

“The Nationals and JBG [the team’s development group] would be the ones to benefit from this deal while the taxpayers assume the risk with it,” Candland said.

Silber pulled out after the board appeared deadlocked on whether to approve the referendum, and according to WTOP.com, he is looking for another city to be the team’s home.

The P-Nats aren’t the only minor league team wanting public funds to build a modern stadium.

The Pawtucket Red Sox shocked fans when they asked for public funds to build a new $83 million stadium. The Class AAA affiliate of the Boston Red Sox divided the cost of the project by asking the city of Pawtucket to pay $15 million and the state of Rhode Island to cough up $23 million. The team would be responsible for $45 million.

The Rhode Island Senate Finance Committee will conduct a series of hearings on the stadium proposal beginning in September.

In addition to local officials’ emphasis on the economic benefits of a new stadium, they also cite modern stadiums as amenities to attract new residents, according to economist and UNC Charlotte Professor Craig Depken.

“Minor league teams are looking at themselves as big league teams with amenities like Wi-Fi or craft beer services, maybe a few restaurants or sky boxes,” Depken said. “Minor league baseball tends to be very localized. The amenity factor is important. That’s a quality of life issue. Because it does exist, it’s something for us to do.”

The stadium for the Class AAA affiliate of the Baltimore Orioles was built in 1993 and holds 12,000 fans. It has two levels of seating, an indoor restaurant and 24 indoor suites.

Harbor Park is owned by the city, which signed a 15-year lease extension in 2013.

“They’re a part of the community just the way a major league club would be in a larger city, said John Rhamstine, cultural, arts and entertainment director for Norfolk. “They bring people to downtown to eat and park and spend nights in our hotel rooms. So it’s an economic driver as well as being part of the fabric.”
The city has yet to look at construction bids for the project to determine the number of construction jobs created by the renovations, according to Rhamstine’s office.

Matheson says stadiums can enhance the economy in their neighborhood but hurt other areas of the city.
“It’s not like baseball stadiums create more people needing to eat,” Matheson said. “It just rearranges where people are eating in that city…That one sports bar dinner outside the stadium is one Italian dinner that’s not being made across town at that restaurant.”

Depken predicted that sports fans will begin to see how much stadiums cost in taxes and support these big budget deals less often. He cited the NFL’s Oakland Raiders’ move to Las Vegas as a recent example.
When Las Vegas residents were polled in July 2016 on the city using around $500 million to build the Raiders a stadium, 55% opposed it. Only 35% were in favor, while 10% were undecided.

In March, NFL team owners voted to move the Raiders to Las Vegas, a deal that puts taxpayers on the hook for $750 million of the cost of a $1.7 billion stadium.

This is the reason economists like Matheson have an issue with the high amount of public funds used for stadiums. Everyone’s money is being used on something not everyone wants or needs.

“We do know that sports make people happy,” Matheson said. “So as long as you’re justifying a stadium saying this is an amenity for our town rather than an economic generator, most economists wouldn’t take issue with that. But when you say spending $30, 40, 50 million on a baseball stadium is good for the economy, we don’t have a lot of evidence that that’s true.” 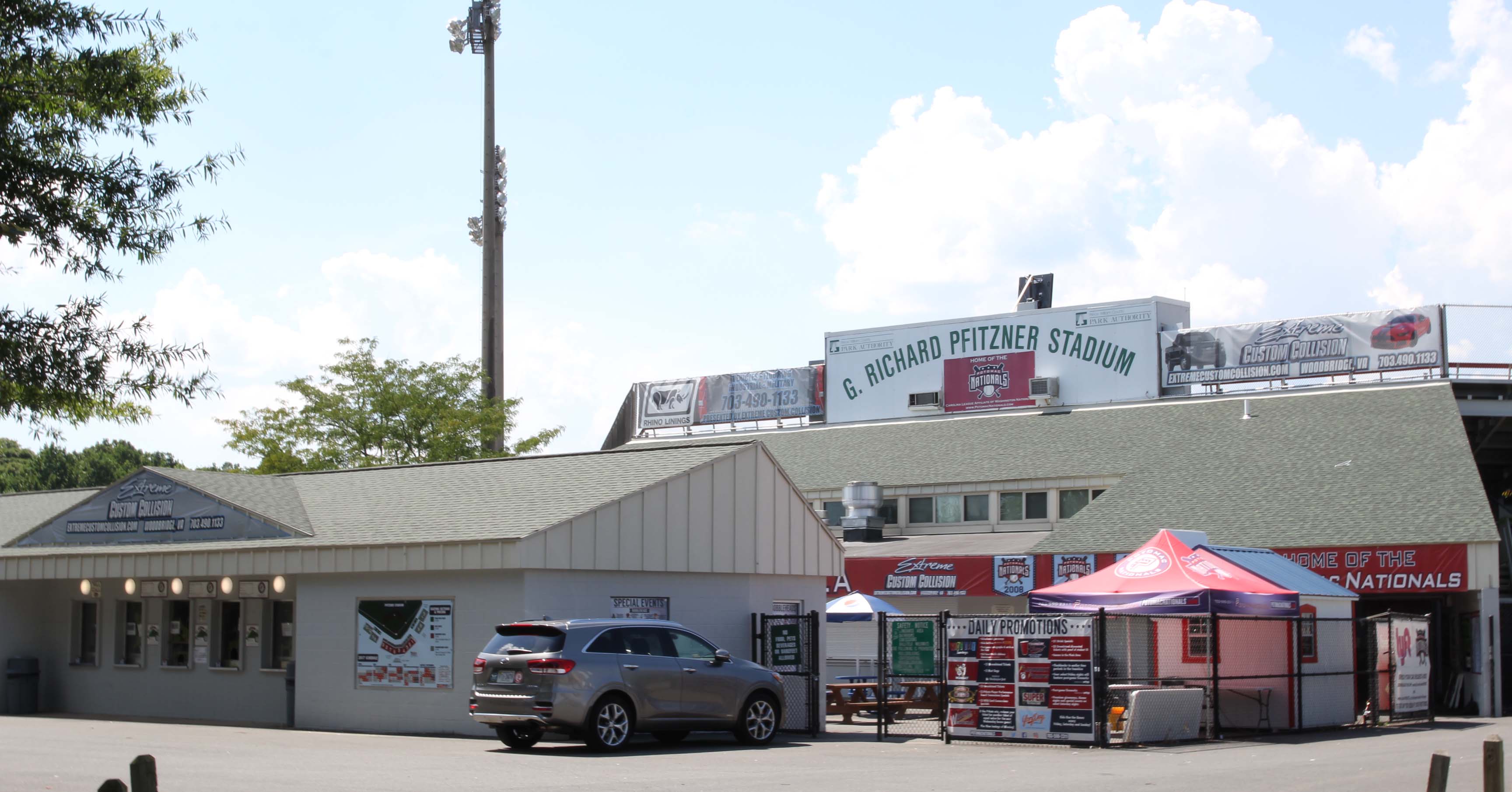 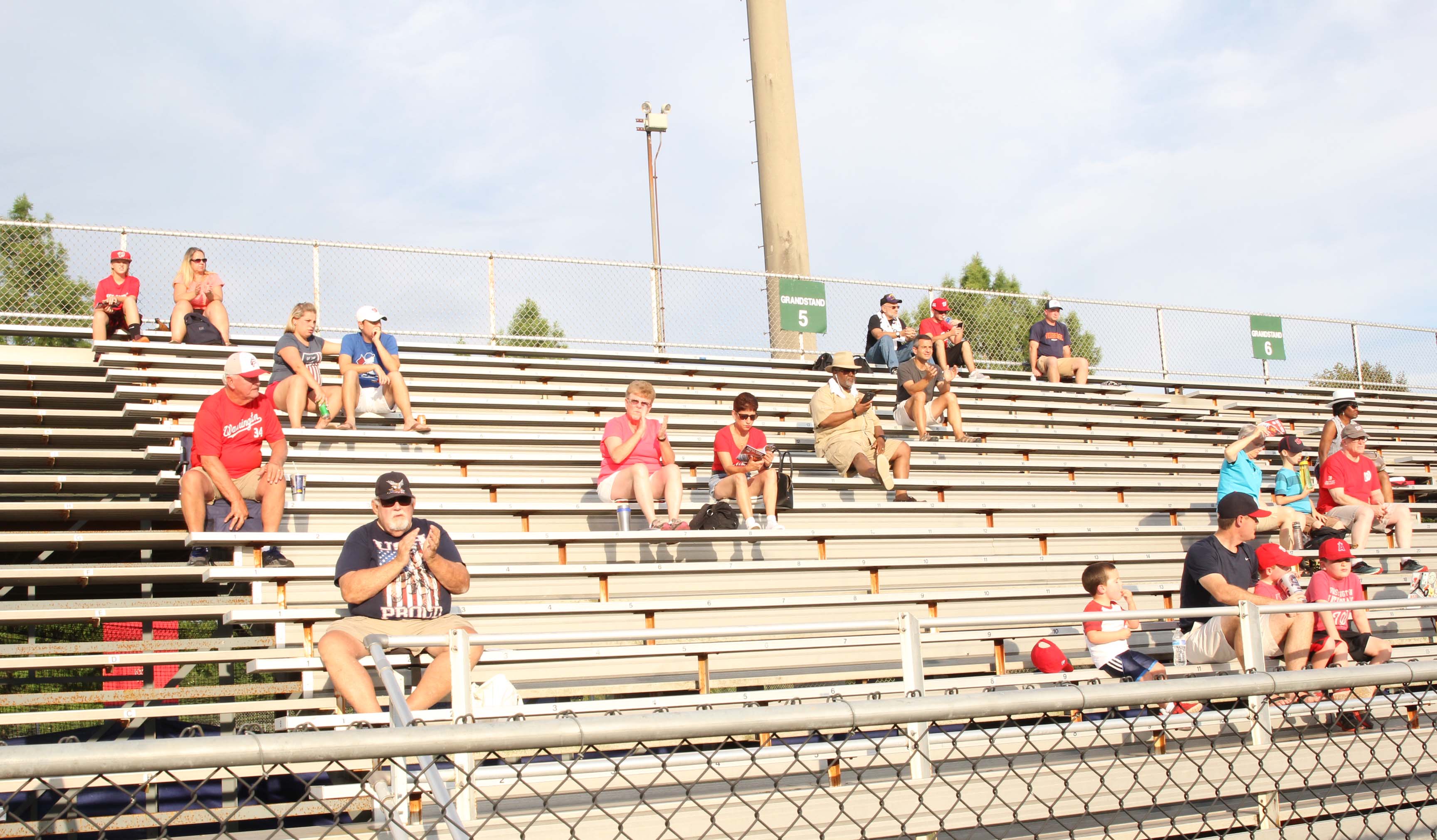 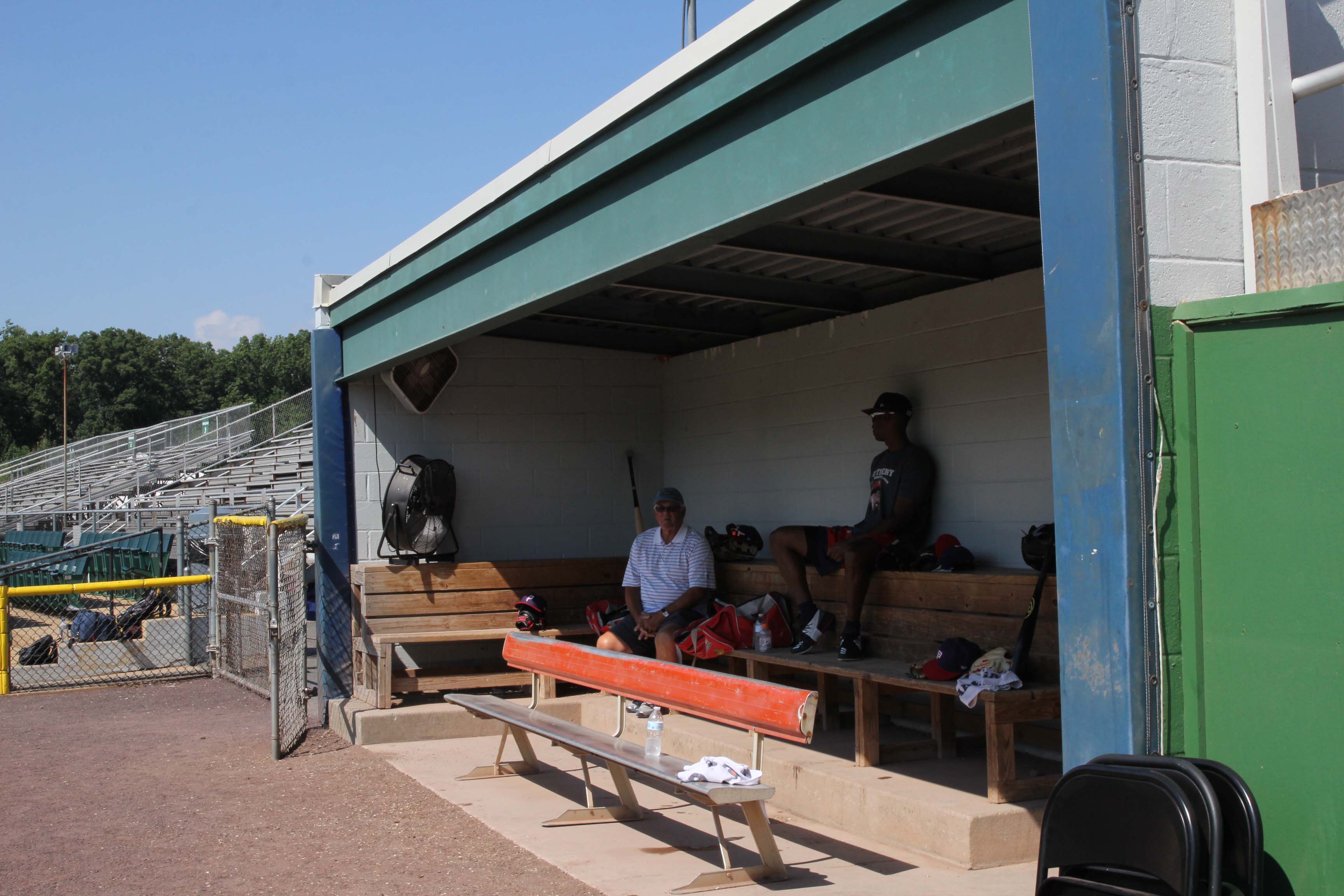 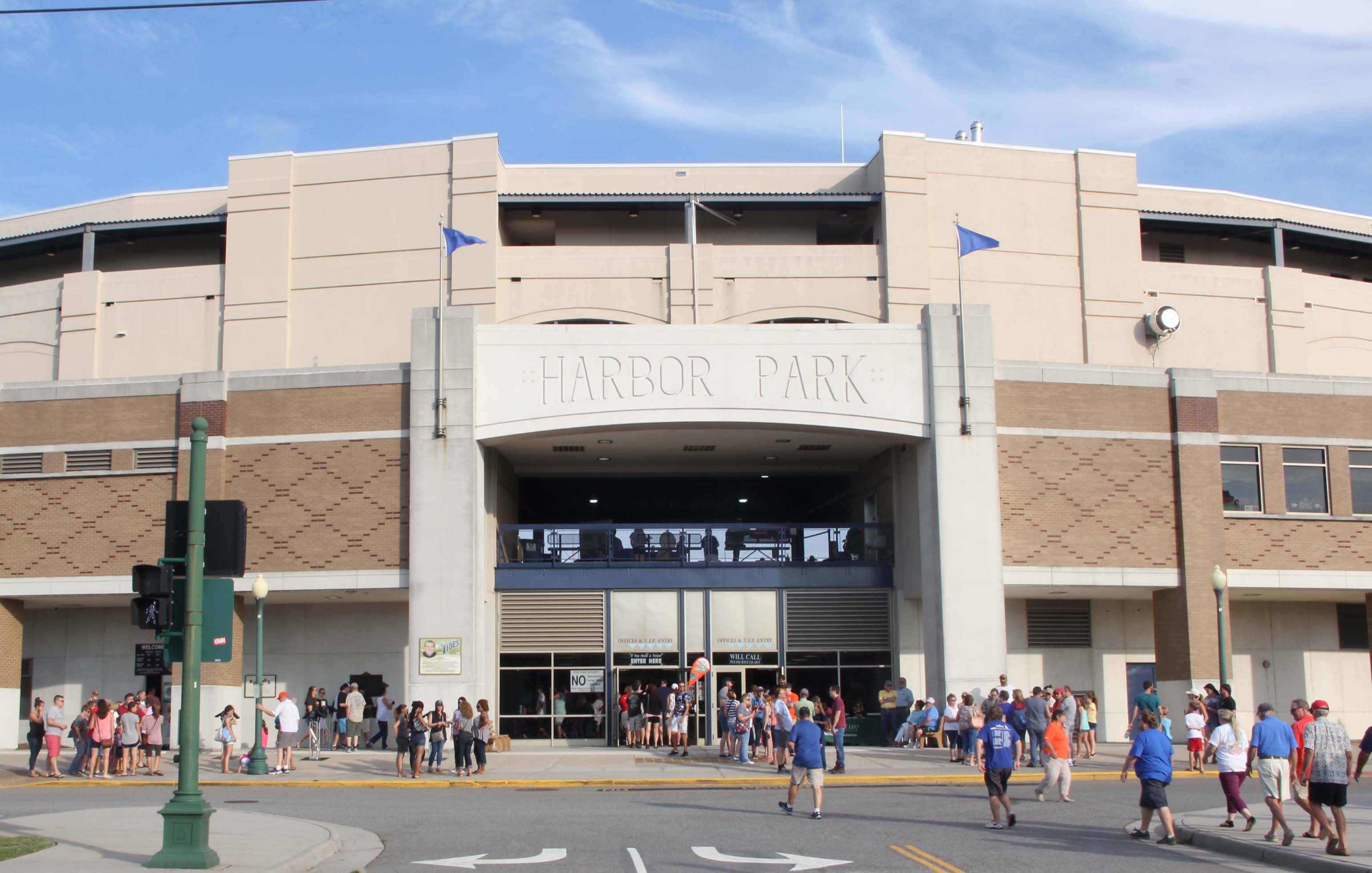 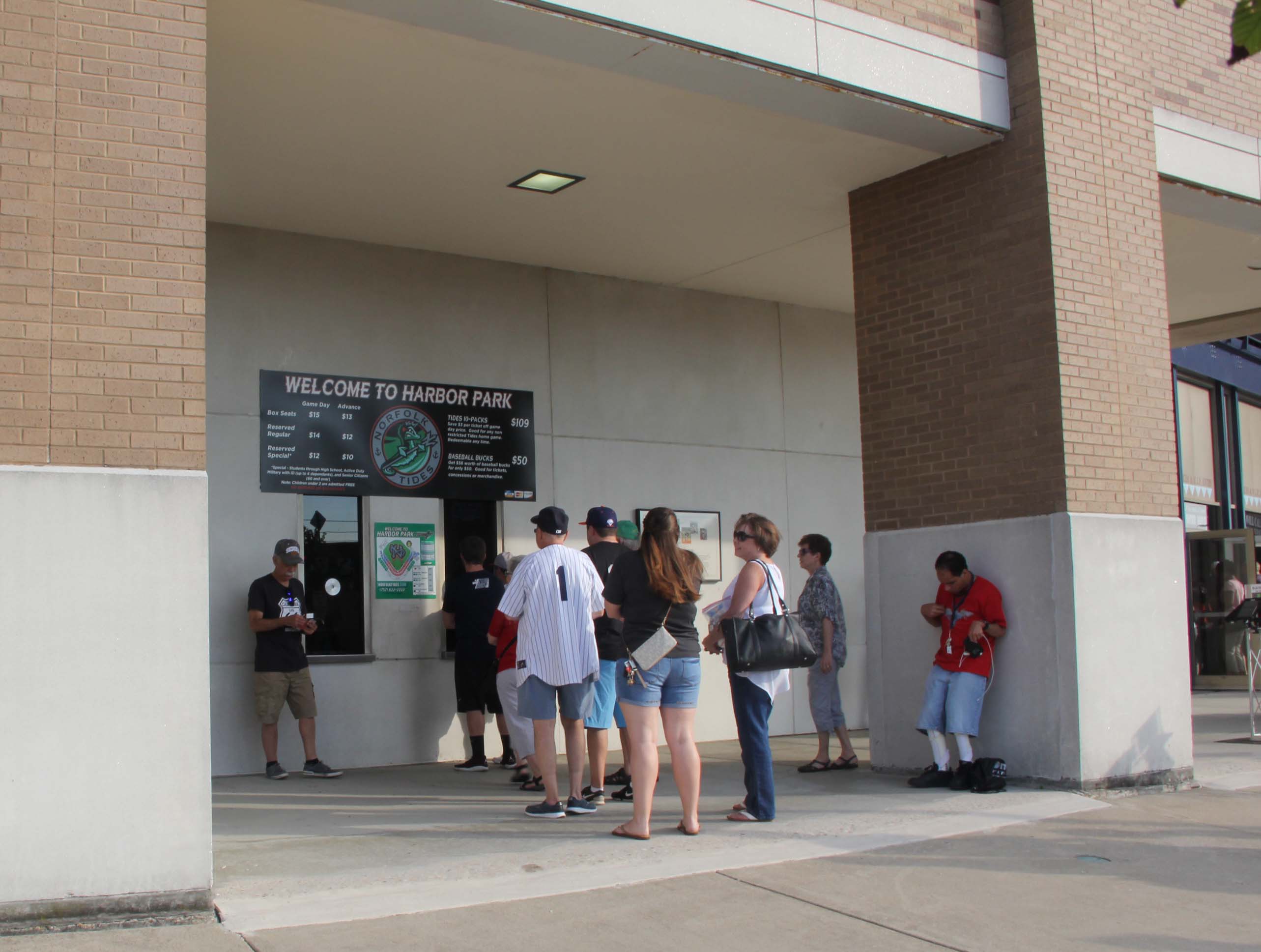 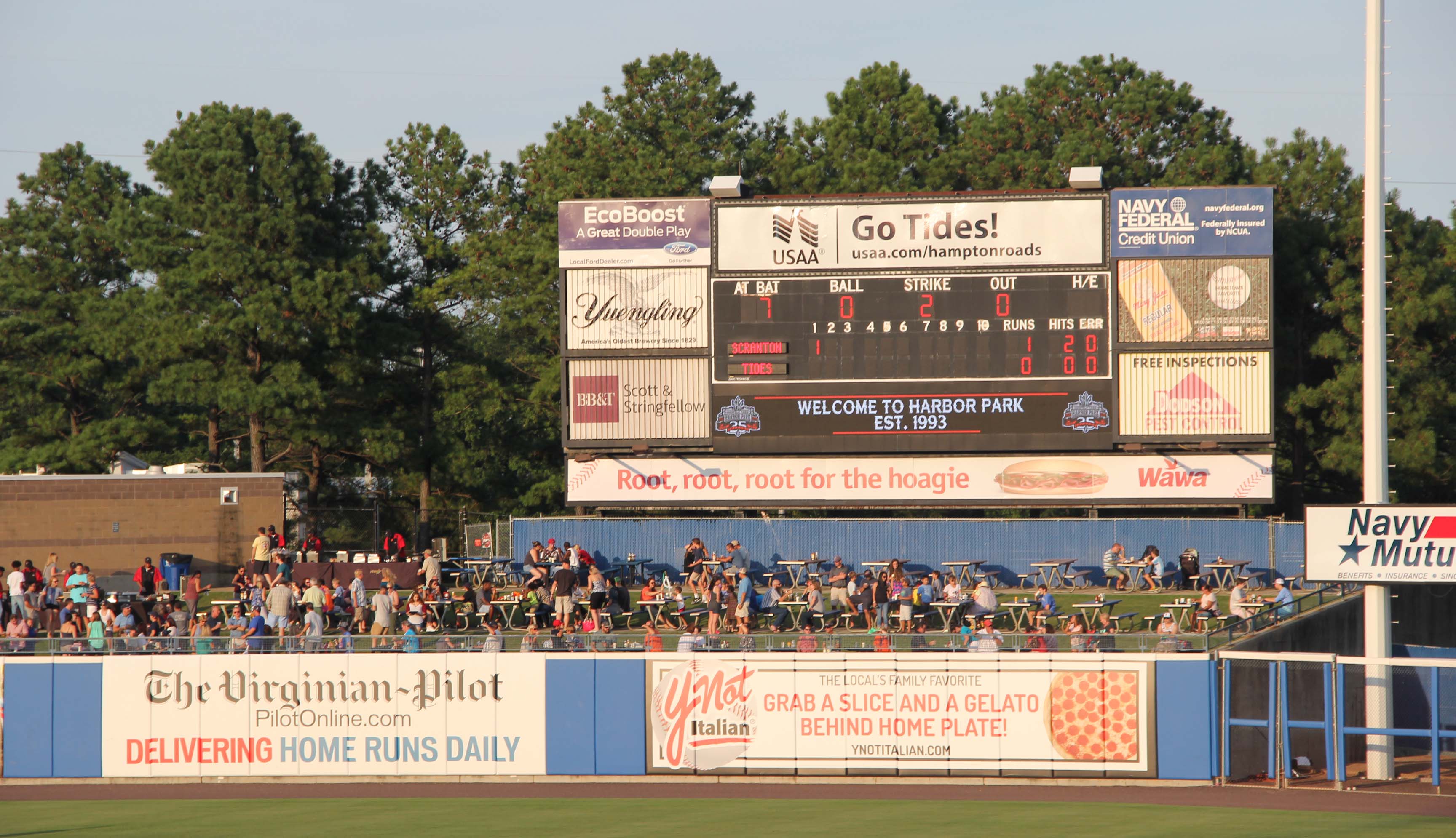