Students in Charlottesville March, Call for Change at the University 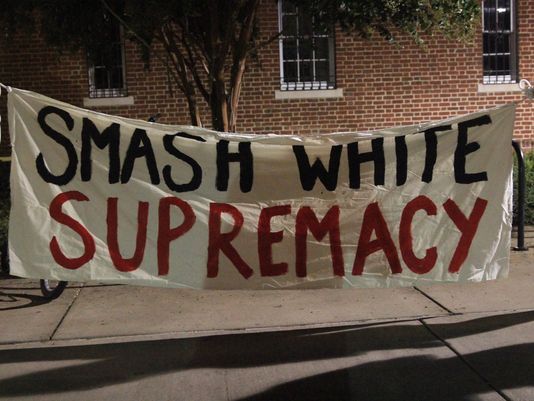 CHARLOTTESVILLE, Va. — Instead of preparing for the first day of school Tuesday, several hundred students at the University of Virginia spent Monday night rallying to call for more racial diversity at the school and to highlight its history of discrimination.

The “March to Reclaim Our Grounds” was in response to the white nationalist rally and violent demonstrations earlier this month that culminated in the death of Heather Heyer, 32, when a white nationalist plowed his car into the crowd of counter-protesters.

Thousands gathered on campus for an unannounced candlelight vigil on Wednesday, but student leaders said the vigil didn’t address the school’s history of inequality or its current problems.

“We’ve come too far to turn back now,” Danyelle Honoré, NAACP student chapter president, told the crowd Monday night. “It’s not about organization. It’s about coming together to achieve equality and freedom. I am tired of it. It is not the time for us to be content with the little bit of freedom that we do have.”

Lisa Green, a founder of the LGBTQ advocacy group Cville Pride, said white students need to join with students of color in the fight for equality.

“White people, wake up,” Green said. “We have to do more. We must start picking each other up. Our people of color cannot carry this by themselves any longer. It is time for us to hold ourselves accountable.”

On a stage in the center of campus, student leaders read a list of demands as UVA President Teresa Sullivan listened. Among the demands:

“I don’t want people to walk around here clueless anymore,” Black Student Alliance Secretary Devin Willis, a second-year student, said. “I don’t want people to think that a passive attitude about race will fix white supremacy and the issues it causes. So many people are afraid to take ownership of their complicity in the matter.”

“I felt like since the university was built on my backs of my ancestors, it’s my duty to be there right now,” said Brianna Eaddy, a third-year student and Richmond, Va., native. “I felt like UVA needs to call out the white supremacy. They need to acknowledge that the school was built on the backs of slaves. To change everything by meeting the demands of the BSA and other groups.”

One of those demands is for the university to remove Confederate plaques from central display and move them into a museum.

“Whose grounds? Our grounds,” students chanted as they marched to the Rotunda North Plaza, where a statue of the school’s founder and slave owner, Thomas Jefferson, is located.