Close Encounters of the Asteroid Kind 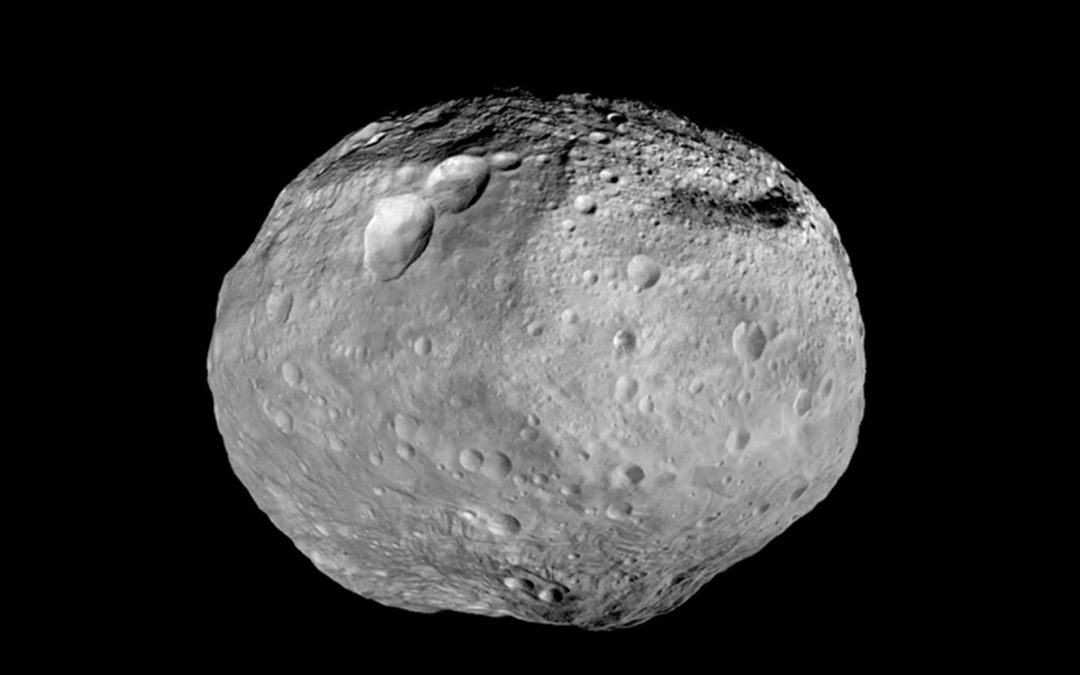 A full view of the giant asteroid Vesta- a reminder of what's out there in space, though luckily for humanity, this 326-mile-wide behemoth isn't going to hit us. (Image Courtesy: NASA/JPL-Caltech/UCAL/MPS/DLR/IDA)

WASHINGTON — What’s better than a story about the apocalypse? We’ve been figuring out the best and brightest ways for humanity to end-as-we-know-it since we started telling stories. My personal favorite? Good old Armageddon. After all, there’s nothing more cinematic than death by asteroid.

Luckily, Deep Impact isn’t necessarily in our future, but as the largest asteroid ever tracked close to our planet will whizz by at the start of September, it’s not a bad time to take a look into what NASA does know about our rocky neighbors.

In 1994, Congress directed NASA to catalog near-Earth objects that were “potentially hazardous.” By 1998, the NEO Program was established, with the goal of discovering “at least 90 percent of 1-kilometer sized NEOs” in the next 10 years. The NEO Program met this goal in 2010.

Congress spoke again in 2005, asking NASA to locate 90 percent of NEOs 140 meters or larger in the next 15 years. Part of NASA’s ongoing mission is to track these near-Earth objects to keep us from being blindsided the way our dinosaur predecessors were, while also identifying what resources we might use from these space objects.

In the next year alone, NASA has identified 51 NEOs that will, as their names imply, come close to our blue planet — in space-relative terms, that is. The closest an asteroid will come to us in this coming year is 0.13 Lunar Distances away. It seems quite a near miss in those units, but at that distance, the object (2012 TC4) will still be approximately 31,019 miles away.

2012-TC4 has been out of our sight since its discovery in October 2012. At that time, the asteroid zoomed by, 59,725 miles away from Earth. You’re probably envisioning a mountain-sized colossus careening past us, but 2012-TC4 is actually estimated to be only between 12-27 meters (or 30-100 feet) in size. That said, it’s within the same size range of the meteor that hit Chelyabinsk, Russia last year—the event released a shockwave that injured around 1,200 people.

But, it’s still no extinction-worthy space rock, and Paul Chodas, manager of the Center of NEO Studies said that NASA knows “the orbit of 2012-TC4 well enough to be certain that it won’t hit Earth” when it comes around again this October. It would take something several miles wide to cause any worldwide harm. In fact, rocks smaller than 25 meters (82 feet) in diameter end up burning away in our atmosphere and never even making impact.

And now, some data

So how many asteroids are out there, ricocheting off each other and other space bodies, with the potential of one day bouncing off our blue planet? Here’s one look at the spread—these are all the known sizable near-Earth objects that will pass close to Earth within the next year that NASA knows about:

As you can see by the fairly useless trendline, these rocks are random. While it seems like next February has the most objects coming through our space neighborhood, it’s not really indicative of a pattern. There are over 150 million estimated asteroids in the inner solar system, and that’s a conservative estimate. Thanks to the randomness of their orbits, the vast majority will never even come close to Earth. For the ones that do, as the data above shows, they generally come and go at safe distances in unpredictable intervals. 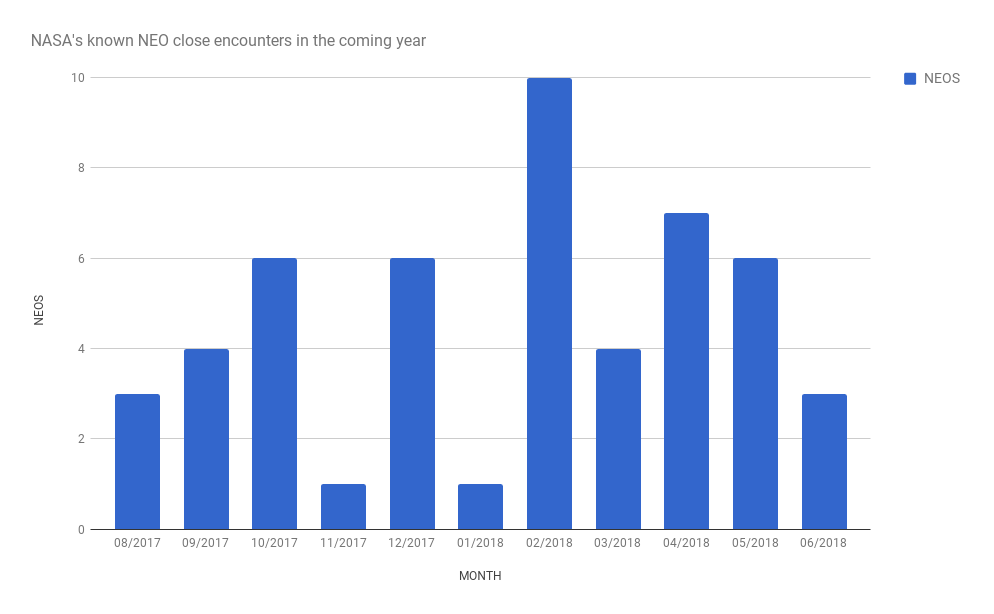 Just because these rocks have random orbits and interactions doesn’t mean we don’t know anything about them. NASA’s managed to document these space rocks largely through the NEOWISE project: the asteroid-hunting aspect of the Wide Field Infrared Survey Explorer mission that began in 2009. The explorer scanned and found hundreds of thousands of objects, including planets! But we don’t care about planets right now; we care about their volatile little siblings. 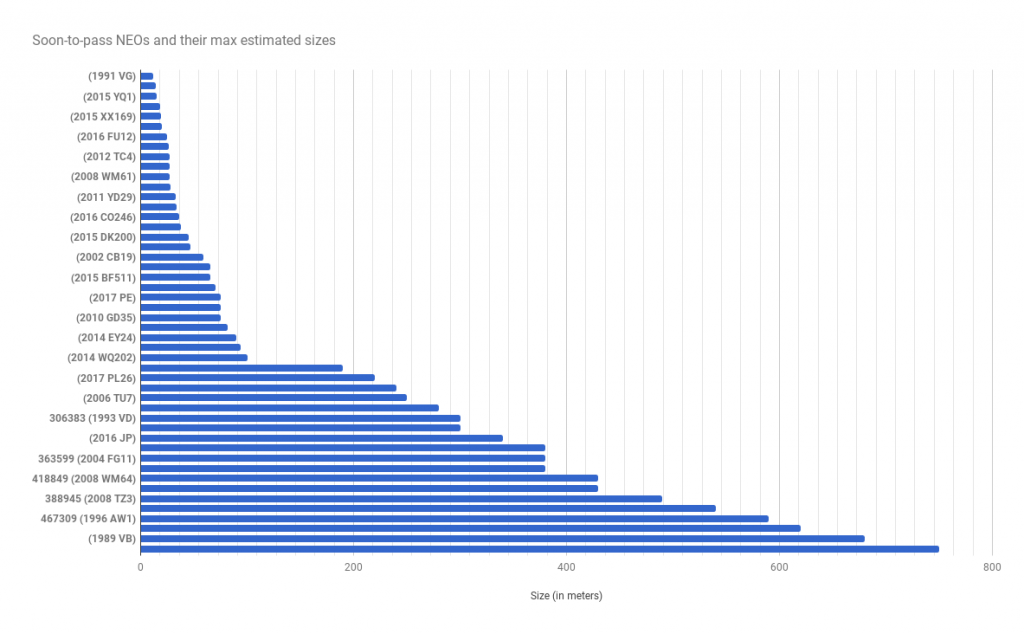 Currently, the NEOWISE project is focusing on extending the search to comets and asteroids that exist further out. NASA has data on the velocity, the time frame, and perhaps most important, the estimated sizes of these near-Earth objects.

What about the big ones?

This chart leaves off three outliers, however. These, as you may have assumed, are the three biggies. So let’s take a look at the three NEOs that could, if they hit us, cause some serious damage.

Of these three behemoths, it’s only 1981 ET3, the asteroid known as Florence, that fits the bill for some dino-worthy destruction. At 5.5 miles in diameter, Florence is the largest asteroid NASA has ever tracked this close to home, and she’ll be our temporary neighbor at the start of next month.

“While many known asteroids have passed by closer to Earth than Florence will on September 1, all of those were estimated to be smaller,” said Chodas. “Florence is the largest asteroid to pass by our planet this close since the NASA program to detect and track near-Earth asteroids began.” 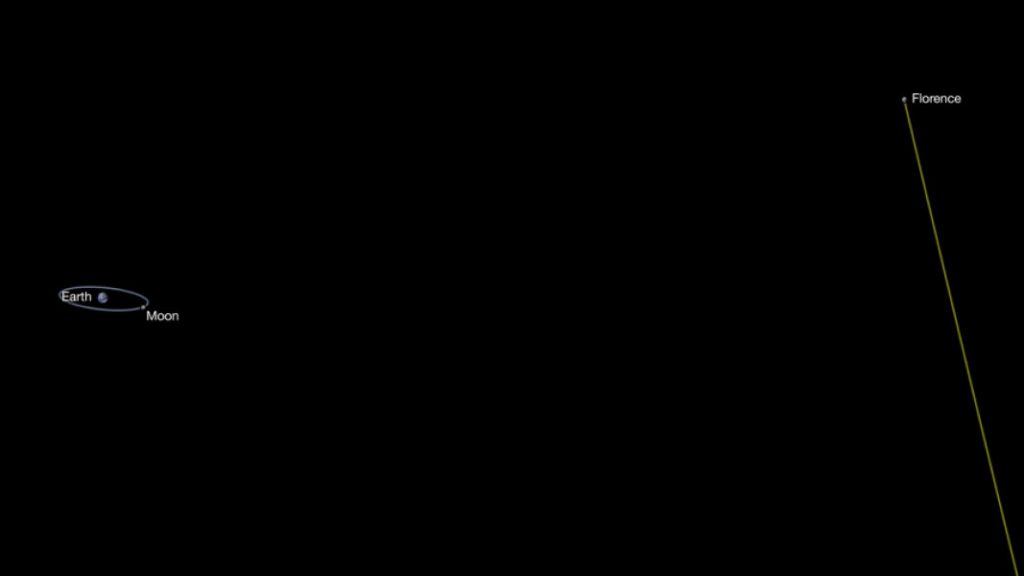 Florence will still be over four million miles away from us when she passes by, but she’ll be close enough for NASA to get images of her surface, including details as small as 30 feet in size.

If you fancy yourself an asteroid hunter, get thee to NASA’s website to learn more about how you too can protect the planet. But for now, it seems that our biggest doom concerns are rather self-inflicted.