Senators still unsure if the U.S. can trust China when it comes to North Korea 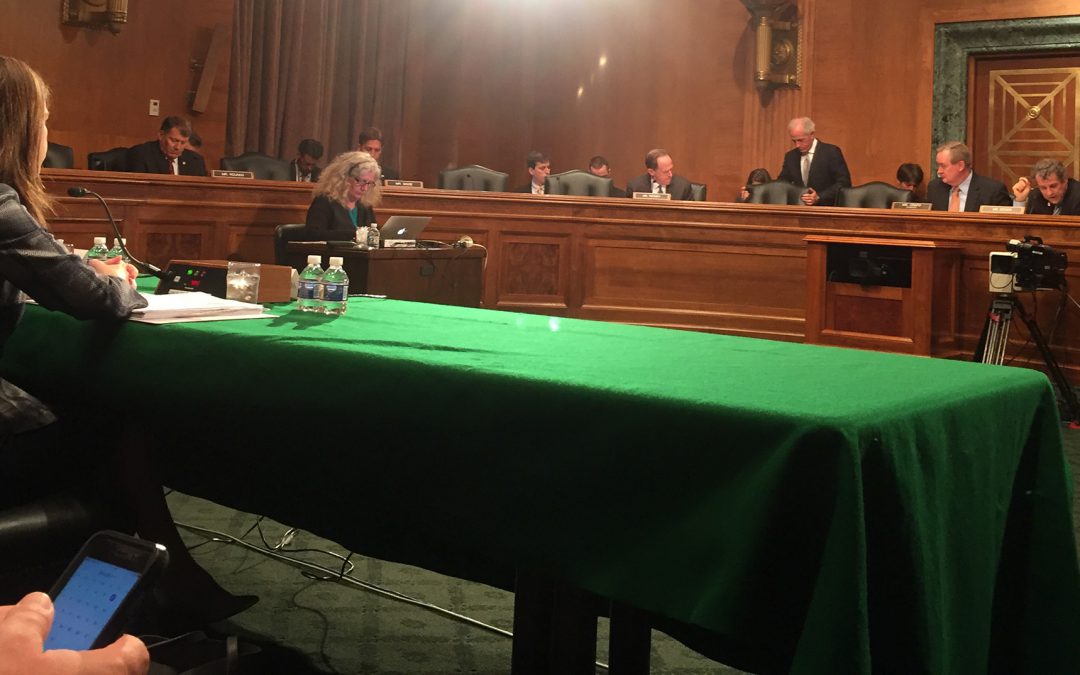 WASHINGTON – Top officials from the Treasury Department and State Department struggled Thursday to convince senators on the banking committee that the Chinese government was fully cooperating with the United States in their interests to denuclearize North Korea.

Susan A. Thornton, acting assistant secretary for State’s Bureau of East Asian and Pacific Affairs, told the Senate Banking, Housing and Urban Affairs that China prioritizes the denuclearization of North Korea. “China’s main goal is to denuclearize and rid North Korea of their programs,” she said.

Arkansas Sen. Tom Cotton, a Republican, also was skeptical. He said that North Korea’s economy has grown over the last six months and that trade between China and North Korea trade was up earlier this year. “This information suggests to me when China says they want to denuclearize North Korea, they are misrepresenting their intentions,” Cotton said.

Cotton is referring to information from China’s General Administration Customs data released in July showing China’s trade with North Korea rose in August 2017. According to the data, China traded $604.27 million in August, a 25 percent increase from July.

Kent Boydston, research analyst at the Peterson Institute for International Economics, said that although China is imposing more restrictions on North Korean trade now, it will not want to impose so many restrictions that it would destabilize the nation.

“China has for years provided North Korea with a lifeline,” he said. “Even though China is pushing back against North Korea now more than in the past, they do not want to take steps that they think might destabilize the North Korean regime.” China values stability in North Korea more than eliminating its nuclear capabilities, Boydston said.

“China fears that pushing North Korea too hard to end its nuclear weapons program could make the North Korean regime unstable,” he said. “China’s geopolitical interest in keeping a stable North Korea on its border trumps any financial gains from doing business with them.”

Sigal Mandelker, the Treasury under secretary for terrorism and financial crimes, told the Senate committee that the U.S. Department of the Treasury said that while China has been cooperative, “we will continue to monitor them and share information with them on actions we think they need to take.”

Both Thornton and Mandelker attempted to assure the committee that the current round of sanctions will be successful, largely due to a Sept. 21 executive order that informs financial institutions that they cannot do business with the United States if they also are doing business with North Korea.

Because of this, the two government officials said, China will continue to conduct business with the United States instead of North Korea. “We are encouraged by China’s agreement to adopt sanctions of unprecedented strength on North Korea at the United Nations,” Thornton said.

Neil Bhatiya, research associate at the Center for a New American Society, says that China’s full cooperation is essential to successful implementation of sanctions on North Korea. “China is North Korea’s largest trading partner and Chinese banks are an essential conduit for North Korea’s access to banking services,” he said. “If North Korea’s ability to raise money for illicit activities is going to be severely curtailed, Chinese authorities must be on board and willing to enforce sanctions.”

Boydston, however, said China has been reluctant to enforce sanctions in the past. “They regularly ascribe blame for the North Korea program at least partially to the U.S,” he said.

By the end of the hearing, Cotton was still unconvinced that China was truly an ally in imposing economic pressure on North Korea.

“They are a strategic competitor and will benefit their own interests first as opposed to denuclearizing North Korea,” he said. “Our committee needs to take that into account as we craft sanction measures.”