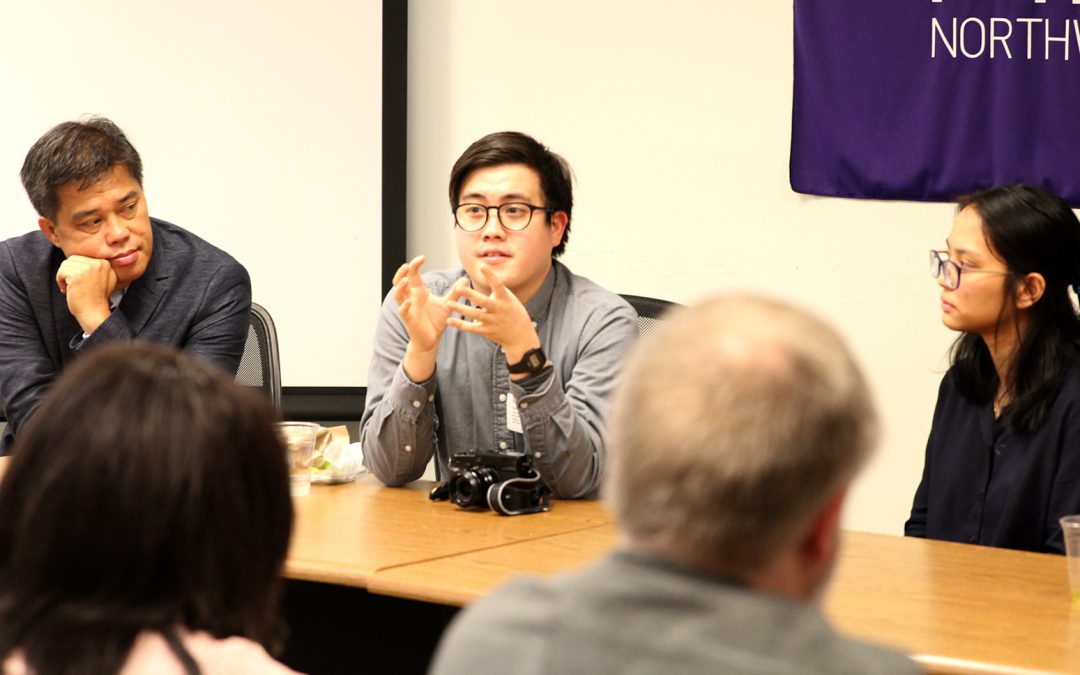 WASHINGTON — The Pulitzer Center on Crisis Reporting and the Washington Program of the Medill School of Journalism co-hosted a screening Tuesday of a short documentary created by a Medill alumna about the psychological impact of deaths in the Philippines’ drug war.

The documentary, titled “The Psychological Toll of Duterte’s Drug War,” was filmed and produced by 2017 Pulitzer Center on Crisis Reporting student fellow Pat Nabong, who is a freelance journalist after receiving a bachelor’s degree from Medill in 2017. It addresses the psychological impact of the death of drug addicts, killed during Philippines President Rodrigo Duterte’s drug war, on the slain addicts’ surviving family members.

Since Duterte’s election in 2016, more than 7,000 addicts and dealers have been killed, according to local reporters. Police and armed vigilantes publicly approved by the president kill people presumed to have current or former drug ties.

Conde said Duterte’s rhetoric dehumanizes drug addicts by falsely saying they are mentally ill from using methamphetamines and other drugs. He added that Duterte’s administration denies allegations of human rights wrongdoing by claiming the addicts are not human.

Nabong, a Filipino immigrant, said she pitched the concept of the documentary to the Pulitzer Center because it was an aspect of the drug war that had not been explored in the media because the victims’ families and their mental health are afterthoughts. Victims are often killed on the roadside or in their homes, in front of their families, leading to long-lasting psychological trauma for the family.

“When I lie down at night, my chest tightens,” said the son of one victim in the documentary. “I am afraid of sleeping.”

Victims of the drug war are disproportionately impoverished, living off the “refuse of Manila,” said Conde. After losing a loved one to the killings, families often go into hiding and have little access to or awareness of psychological services provided by government hospitals, according to the documentary.

The Pulitzer Center on Crisis Reporting is a nonprofit journalism organization that sponsors reporters to cover international stories and global affairs.