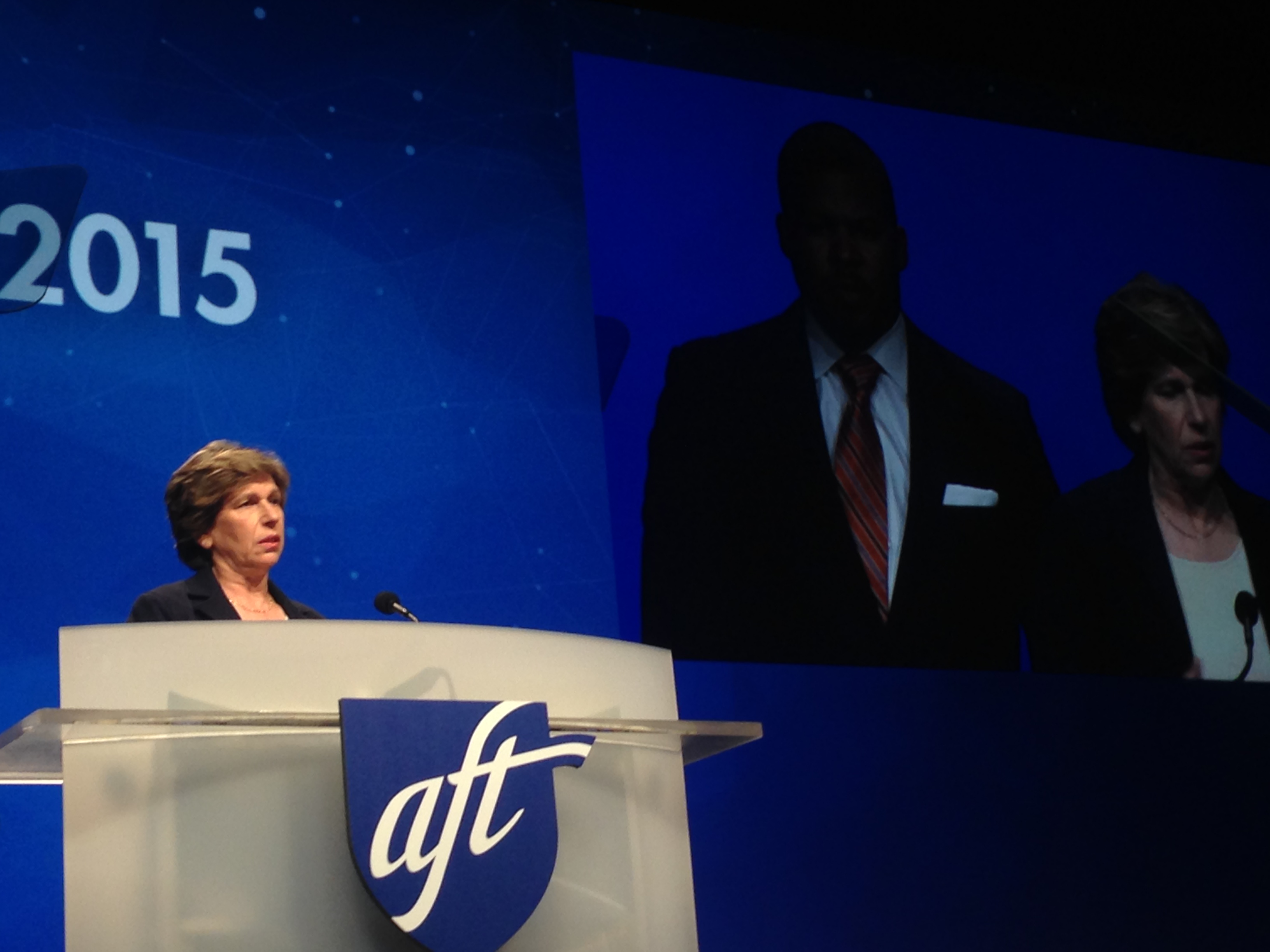 WASHINGTON — Arizona, Oklahoma and Kentucky have all indicated they might follow in the footsteps of the West Virginia teachers’ union, with Oklahoma setting a strike date of April 2 if the state legislature does not meet its demands for pay increases, restoration of program cuts, and smaller class sizes.

“Our teachers deserve nothing less,” said Alicia Priest, president of the Oklahoma Education Association during a press conference Thursday, announcing the union’s intent to strike. “We’re putting lawmakers on notice.”

But unions may be dealt a severe blow in June, when the U.S. Supreme Court hands down a decision in the Janus v. AFCSME Council 31 case. At issue is whether workers who are not members of a union are required to pay a fee to cover the cost of the union’s representation, and could turn the public sphere into a Right to Work zone.

Those fees collected from non-union members have been essential to sustaining union organizations that have struggled to remain afloat in the face of shrinking memberships and hostile anti-union efforts by businesses and conservative lawmakers.

Teachers’ unions like the American Federation of Teachers (AFT) say this case could have disastrous consequences for collective bargaining agreements throughout the U.S., turning public-sector jobs into right to work zones.

“That’s why so many states — 23 states — still believe in collective bargaining in the public sector and believe that unions should have exclusive bargaining rights if people want it,” she said. “Everyone is able to participate in the benefits, as long as they pay a fair share.”

That “fair share” is what Janus v AFSCME concerns. Right now, public sector unions enjoy compulsory payment from everyone who works in that job, though no one is required to join the union. The idea is that if the union negotiates on your behalf (as it does for all teachers in all states with collective bargaining rights) it should be paid for that work. Whether teachers join the union or not is up to them, but all are still required to pay membership dues because they enjoy the benefits the union has procured for all people in their position.

In Janus v AFSCME District 31, the plaintiff — Mark Janus, an Illinois social worker covered under a collective bargaining agreement — alleges that a person should not have to pay dues to a union a person does not belong to, particularly because unions can and often do lobby on behalf of their members.

Janus asserts that he does not share the politics of the American Federation of State, County and Municipal Employees union, and has stated publicly he does not want to pay for its lobbying.

The High Court, newly conservative, is currently expected to hand down a decision overturning Abood v Detroit Public Schools – a 1977 ruling that upheld the legality of a union shop in the public school system. Some Detroit teachers had sought to overturn the requirement that they pay fees equivalent to union dues on the grounds that they opposed public sector collective bargaining and objected to the political activities of the union.

Should this Supreme Court overturn the precedent it set 40 years ago, teachers’ unions will have to rely strongly on their ability to sell membership to their current and potential members, which representatives of teachers’ unions in Vermont, New Hampshire, and Connecticut confirmed they are already doing.

“We need to make people realize: unions are you, and the people who want to cross unions don’t have your economic interests at heart,” said Darryl Allen, director of communications for National Education Association (NEA) Vermont.

“What’s going on in West Virginia, Oklahoma, potentially Arizona, what’s brewing in Kansas: these are states without collective bargaining rights,” he added. “We can say look, this is why your membership is so important. Banding together so you can do what you want to do, which is teach kids.”

Furthermore, Allen pointed out, Janus is particularly ironic for conservatives in that it will likely feature the highest court in the land overturning a precedent it set itself, one that originally allowed states to regulate their own public employees.

“This is the continuation of an assault on unions,” said Allen.