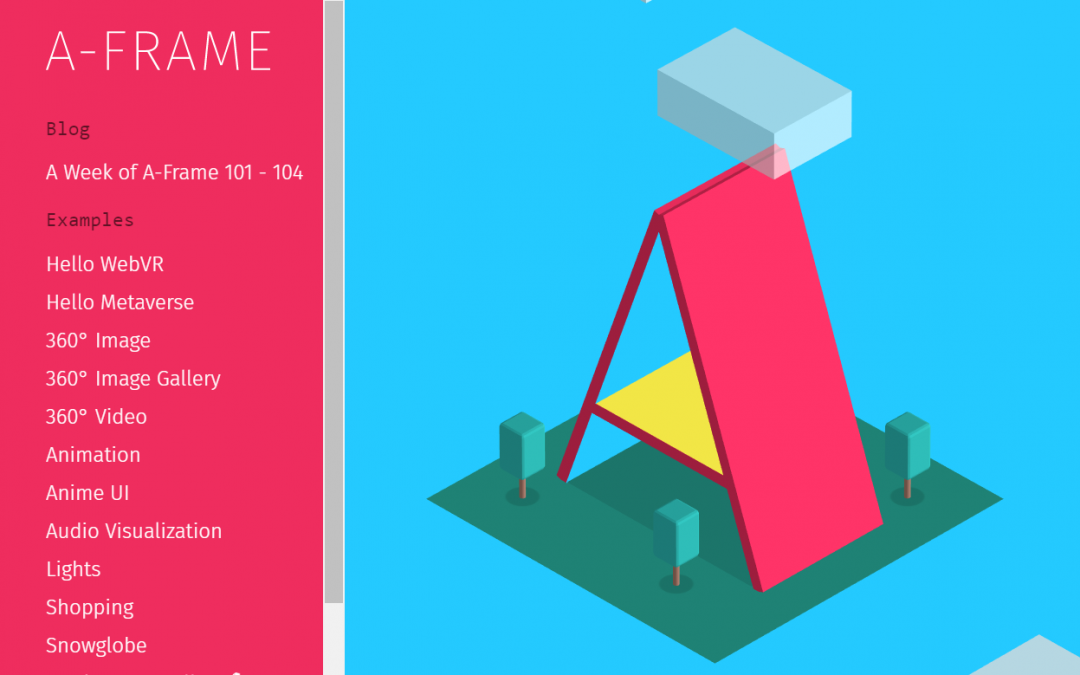 A screenshot of the A-Frame front page. Students experimented with A-Frame, a free website that allows users to construct 3D spaces to view on a computer, virtual reality headset or mobile screen.

When Facebook acquired Oculus VR nearly four years ago, developers and the media were excited at the possibilities that the emerging technology could bring to storytelling. But the public’s excitement around virtual reality quickly dissipated.

Poulson said virtual reality is finally out of the “trough of disillusionment,” a technology development term for the low point in expectations that emerging technologies cross through over time. After that comes the”slope of Enlightenment,” in which interest resurges as tangible developments are made.

Poulson introduced the students to A-Frame, a free website that allows users to construct 3D spaces to view on a computer, virtual reality headset or mobile screen. Designers implement scripts so that users can interact with objects within the space.

Virtual reality is the umbrella term for visually immersive technology, including simulations of reality, pre-filmed videos and information superimposed onto reality—called augmented reality.

Medill’s Washington students have started using a 360 camera, which allows a videographers to capture a spherical image or video to be viewed in a webpage or with a headset, following the lead of The New York Times, Facebook and YouTube, among others, which have implemented 360 videos and photos into their storytelling.

“I think that breaks down a wall that journalists have always been trying to break down, which is how to transport people and tell stories that impact people as much as possible,” Trachtenberg said.

“I think there’s an immense amount of potential for it,” Trachtenberg said. “There are so many different new ways you can use it to bring people to places, and it allows the viewer to interact with the journalism in a way that was previously unaffordable.

Sustainability at the United States Botanic Garden from Medill Washington on Vimeo.