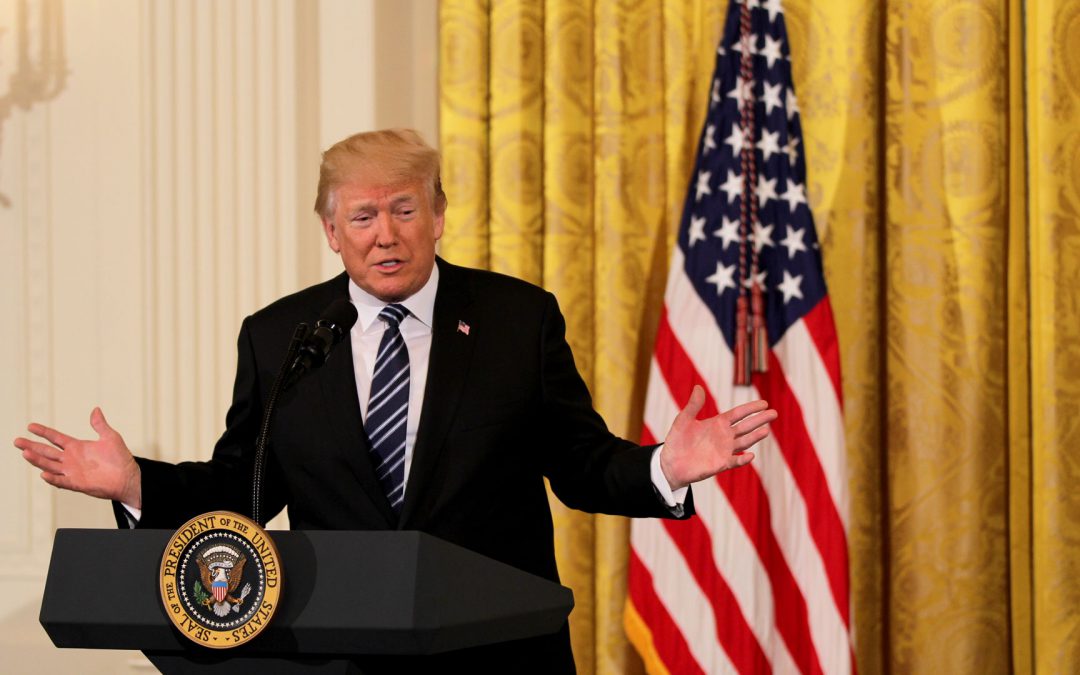 WASHINGTON – President Donald Trump promised Friday at a prison reform summit at the White House that a bill to reform the U.S. incarceration system is “going to be strong, it’s going to be good, it’s going to be what everyone wants.” Members of Congress from both sides of the aisle, though, said the bill does not do enough to address prison reform, making the passing of a bill less and less likely before the midterm elections.

“Working together, we can restore the rule of law, keep dangerous criminals off our streets and help former inmates get a second chance at life, and a second chance that many of them will really succeed at, if only given a chance,” the president said during remarks in the East Room.

Roughly 2.2 million or 4 percent of Americans are incarcerated in federal, state and local prisons and jails, at a cost of $80 billion a year, according to the nonpartisan nonprofit Urban Institute. The American prison population makes up approximately 20 percent of those incarcerated around the world, a greater proportion than any other country.

Both Republicans and Democratic lawmakers agree prison reform is overdue in America. But they cannot agree on two competing bills, making the future prospects of legislative action uncertain.

Last week, the House Judiciary Committee voted 25-5 to approve the FIRST STEP Act, a bipartisan bill that takes modest steps to reform the U.S. prison system by offering prisoners incentives for completing programs such as education, vocational training and mental health counseling. Incentives for prisoners could include credits for early release. The bill is backed by the Trump administration, including the president’s son-in-law and senior advisor, Jared Kushner.

On Thursday, top Democrats began lobbying their fellow members of Congress, sending them a five-page letter criticizing the bill for its “untested” incentive program, inadequate funding, the use of private prisons and its failure to address sentencing reform.

Instead, they support a bill introduced by the chairman of the Senate Judiciary Committee, Chuck Grassley, R-Iowa.

That bill, the Sentencing Reform and Corrections Act of 2017, reduces some of the strictest federal sentencing rules in the prison system. Attorney General Jeff Sessions broke with his fellow Republican to denounce the bill as “a grave error” in a letter he sent to Grassley in February.

“The legislation would reduce sentences for a highly dangerous cohort of criminals, including repeat dangerous drug traffickers and those who use firearms and would apply retroactively to many dangerous felons, regardless of citizenship or immigration status,” Sessions wrote.

Van Jones, the CNN commentator, attended and moderated a panel at Friday’s summit, asking Kushner why sentencing reform was not included in his prison reform bill.

“What we’ve seen is that they’ve been trying to [pass prison and sentencing reform] at the federal level for eight years,” said Kushner. “What they’ve done is nothing because they haven’t been able to pass it through.”

Prison reform has been a project close to Kushner and his family. His father, Charles Kushner, spent 14 months in federal prison for tax evasion and witness tampering. Kushner said he approached prison reform like he would a business problem and that he would focus on a bill they could pass.

“If we can start showing that we can make the prisons more purposeful and effective at lowering the recidivism rate over time, they may help the people making the argument for a sentencing reform,” he said.

Trump said prison reform is “literally the most important thing” his staff works on.

“But we’re both well intentioned, I can tell you that,” the president said. “And America is a nation that believes that the best is always yet to come.”