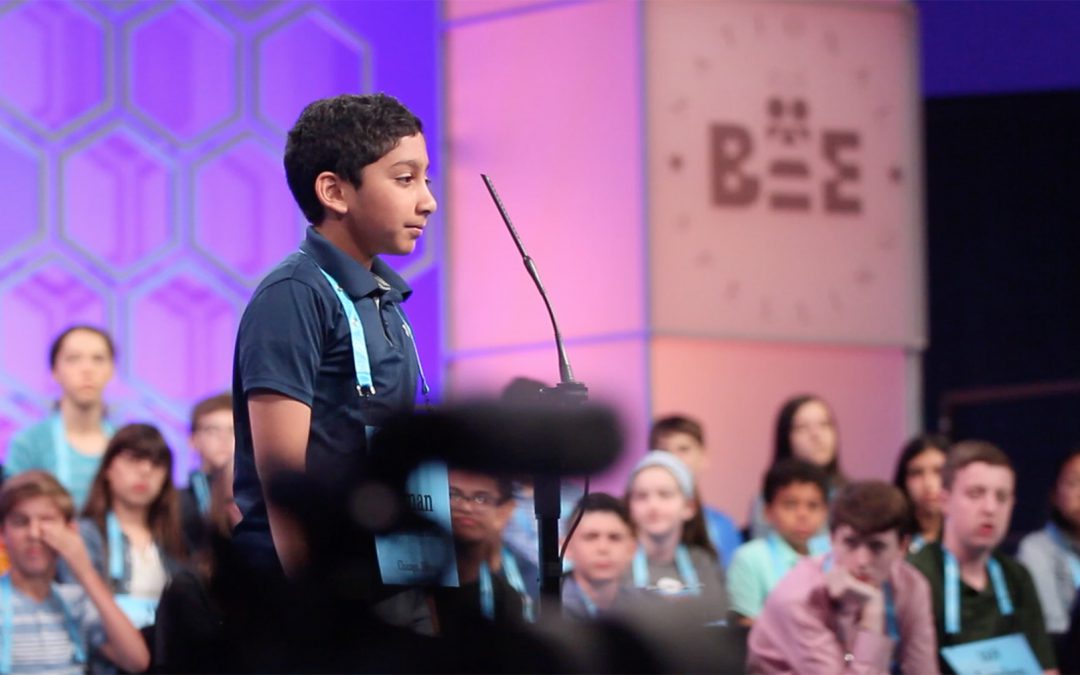 NATIONAL HARBOR, Md.  — Illinois sent 26 students to the National Spelling Bee, the fifth largest group of any state competing. First-time contender and sixth grader Atman Balakrishnan from Chicago is one of those competitors, and one of the 22 who advanced to the third round Wednesday.

But unlike his peers, Balakrishnan’s spelling talent runs in the family: his father, Balu Natarajan, is the 1985 national spelling bee champion.

Check out their story here: