Bipartisan Message From U.S. Senators: Canada Is Our Friend 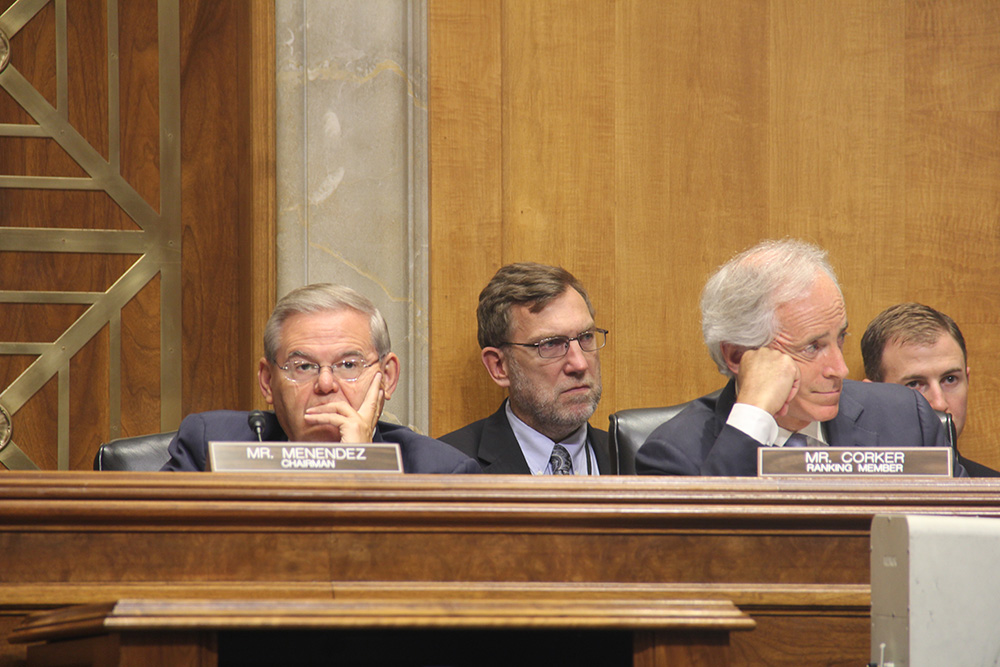 WASHINGTON – The Senate’s Committee on Foreign Relations united behind a clear message
Thursday: We love Canada.

At a hearing on the implications of President Donald Trump’s trade policy and tariffs, the
senators expressed collective exasperation and outrage at Canada being defined as a national
security threat, the ostensible justification for the tariffs levied against America’s next-door
neighbor.

The Trump administration enacted tariffs under Section 232 of the Trade Expansion Act of 1962
– which demands national security concerns be the primary justification for imposing tariffs. The
provision has only been used twice before: to ban oil imports from Iran in 1979 and from Libya
in 1982.

The national security justification was mocked, outright, by committee members – a rare display
of bipartisanship.

The chairman of the committee – and vocal Trump critic – Sen. Bob Corker of Tennessee was
incredulous at the attack against the long-time U.S. friend.

“To my knowledge, not a single person is able to articulate where this is headed, nor what the
plans are, nor what the strategy is. It seems to be a ‘wake up, ready, fire, aim’ strategy,” Corker
said.

The tariffs on steel and aluminum – 25 and 10 percent respectively – could cost the Canadian
economy around U.S. $3.2 billion a year.

And America’s northern neighbor is firing back.

On July 1, Canada levied tariffs on a wide range of U.S. staples worth about $12.5 billion –
goods including chocolate, ketchup, yogurt, beef, coffee and maple syrup.

Though Canadian legislators have emphasized these tariffs are a direct and proportional response
to Trump’s trade war, some of them seem to be driven by ulterior motives.

Yogurt, for example. Because Canadian yogurt imports totaled a measly $3 million in 2017, the
move was seen by many as a targeted shot at House Speaker Paul Ryan, whose home state of
Wisconsin is almost entirely responsible for the northern-bound yogurt production.

The senators aren’t the only ones rushing to Canada’s defense. A recent poll from Ipsos found
that more Americans would rather support “dishonest and weak” Canadian Prime Minister Justin
Trudeau’s stance on trade policies than that of their own president.

Up north, the dispute has only helped the prime minister’s popularity. Across the political
spectrum, Canadians have rallied behind their leader, with about 72 percent of respondents
saying they approved of Trudeau’s handling of the trade war.

“It is inconceivable and completely unacceptable that steel or aluminum from Canada be
considered a threat to U.S. national security,” said Colin Shonk, spokesman for the Canadian
Embassy.

Hours after the White House imposed the tariffs, Canadian patriotism took over Twitter in the
form of #BoycottUSA and #BuyCanadian hashtags.

The sentiment reached a fever pitch in northern Ontario, where the Town Council of Halton HIlls
– population 61,000 – voted unanimously for a resolution to encourage residents and businesses
in the town to “consider avoiding the purchase of U.S. products where substitutes are reasonably
available.”

In spite of a strong showing of Canadian pride, the country may face a rude awakening.
Approximately 1.9 million Canadian jobs are directly related to trade with the U.S., and the
country sends almost three-quarters of its exports southbound. The relationship between the two,
however, is imbalanced: only 18.3 percent of American exports come to Canada.

Still, the senators could not stem their incredulity at the administration’s policy: the treatment of
Canada and the apparent lack of logic behind the move.

Senators don’t have “any earthly idea…why we’re doing this,” said Corker. “I happen to believe
there’s absolutely no plan, and in the mornings people wake up and make this up as they go
along.”