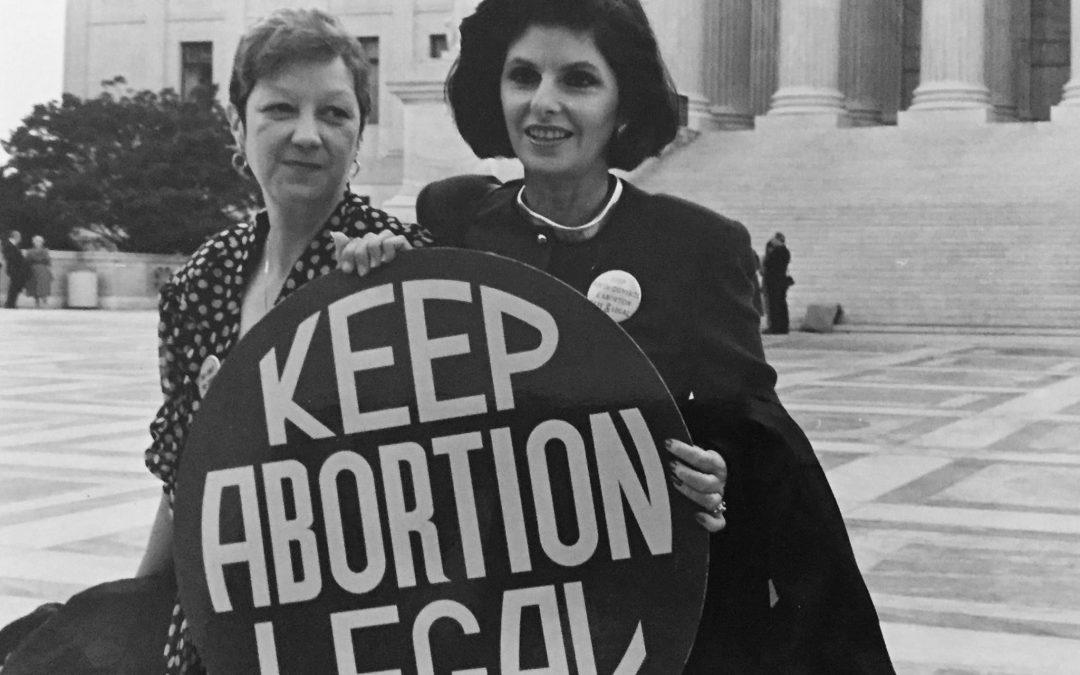 Norma McCorvey, known as Jane Roe, and her lawyer Gloria Allred on the steps of the Supreme Court, 1989 (Lorie Shaull via Flickr / CC BY 2.0)

“Justice is abortion access, justice is not Kavanaugh,” they chanted at the Senate’s Dirksen cafeteria during lunch time.

While some activists were leaving the cafeteria escorted by police officers, others scattered throughout the Hart Senate Office Building and started throwing papers down into the atrium – with the message “Fight for reproductive justice.”

“This is the time for us to start making our voices heard,” said Oriaku Njoku, of Atlanta. “We actually are the majority. So this is the time to let people know that we’re here and we’re not going away.”

Sen. Susan Collins, a key vote in the Supreme Court’s nomination, told reporters after she met with Kavanaugh on Tuesday that he said he believes Roe v. Wade is “settled law”– a comment abortion rights advocates claim does not necessarily indicate the ruling cannot be limited or overturned.

“So great, he said that, but that’s not going to make me feel rest assured,” said Sungyeon Choimorrow, a member of the National Asian Pacific American Women’s Forum.

Last year, Kavanaugh ruled against an undocumented teenager in federal custody seeking an abortion, stressing that the “government has permissible interests in favoring fetal life, protecting the best interests of a minor, and refraining from facilitating abortion.”