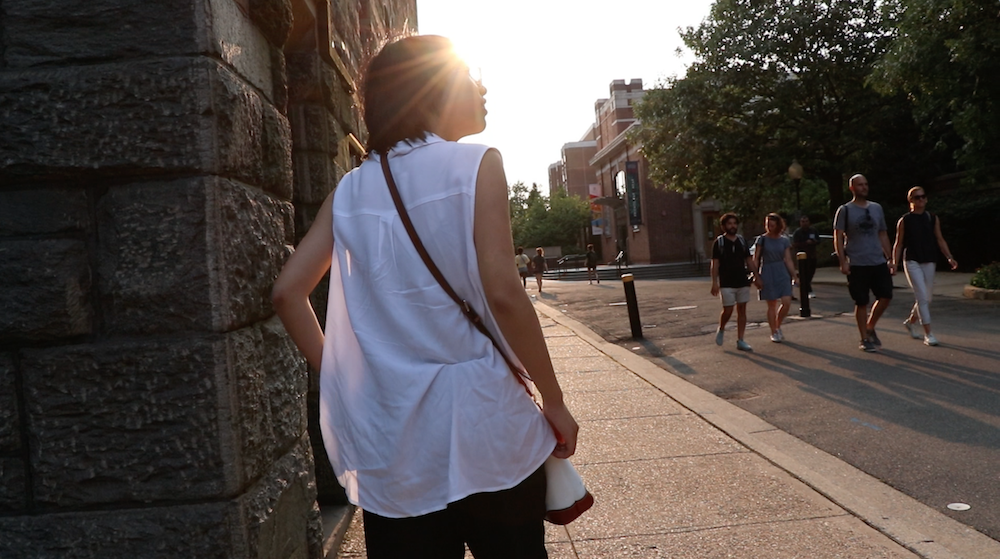 When Qiuxu Li, a 23-year-old Georgetown University law student, received her master’s degree a few months ago, she worried whether she could find a paid job in the U.S. before running out of the last $3,000 her family gave her.

“It’s really hard for an international student to get hired here,” Li said.

Like Li, many students from China are struggling to find work in the U.S. after graduation. Their chances are reduced by a limited demand for new employees in several industries and by social barriers that make networking a challenge.

For many Chinese students, staying in the U.S. for a few years under OPT program gives them a crucial time window to find employers that would sponsor them under the H-1B visa program, a three-year, renewable working visa granted to high-skilled foreign workers.

Competition is fierce: in just five days in April the government received over 190,000 applications for the 85,000 H-1B visas available under the government cap for the 2019 fiscal year, according to data released by Department of Homeland Security.

But the leap from OPT to H-1B may be hard for international students to accomplish as they would see fewer employment opportunities in industries with shrinking demand for new labor force, said Lindsay Lowell, a visiting researcher specializing in immigration policy at Georgetown University.

The number of jobs for computer programmers — one of the most popular occupations among foreign students — is estimated to fall by 7 percent from 2016 to 2026 in the U.S., as companies tend to move their programming projects to countries with lower wages, according to the outlook by Department of Labor.

“If [the projected decline]’s the case, maybe what you’re seeing is a marketplace that’s adjusting to what’s a reasonable set of employment demand for OPT and H-1B,” Lowell said.

As jobs for programmers became difficult to land in 2017, many foreign computer science majors have to look for openings in their home countries while applying for OPT program, a backup plan few students considered a few years ago, said Bowen Tsai, a 27-year-old Chinese national who completed his master’s degree in computer science in May last year.

“Labor force supply in America is so sufficient that you can assign highly skilled people to do basic work, and the result is many people would have no chance at all or have to try many times to find a job,” said Tsai, who was rejected over 80 times before getting hired in the U.S. “But in China, lots of companies are vying for qualified candidates.”

Many foreign students find it hard to get hired as structural engineers in the U.S., where construction sector has reached a mature level with slowed growth and limited demand for new employees, said Boqi Zhang, a Chinese student completing his master’s degree in structural engineering at Northwestern University.

“For Chinese students I know [in my program], except for one who has got his bachelor’s degree in the States, none of the rest heard anything back from companies they sent their resume to,” Zhang said.

In industries where employment opportunities are expected to increase, job seeking for foreign students can still be challenging. Even though data from Department of Labor shows the legal sector is projected to see a 9-percent growth in employment from 2016 to 2026, Li didn’t believe she could secure a job easily.

“That’s because [employers] will choose people they are familiar with, rather than me,” said Li. “Before coming here, I [didn’t] even know anything about networking.”

Afraid of lagging behind her American peers in building professional connections, Li has been pushing herself to attend social events to hone her networking skills.

Language is always a big hurdle. When she went to a freshman reception to meet new people a few days ago, Li had to repeat herself from time to time to be understood.

“You have to be good at your network, even if you are not good at languages,” Li said. She has been bringing business cards to social events for fear of missing any opportunity to connect with potential employers.

Jiachen Xie, who had worked in major Internet companies in China before completing her 9-month master program in product design and development management at Northwestern University, said her unfamiliarity with networking culture in the U.S. might put her in a disadvantaged position in job seeking.

“If I have to approach American people for networking, I’ll be very intimidated, because that is out of [my] comfort zone,” she said. “When you have to push yourself into [networking], you may gradually feel reluctant to do it and eventually give up. Then the opportunities you’ll have cannot beat what American job hunters get at all.”