Harris on Trump’s mocking of Ford: “I can’t understand it.” 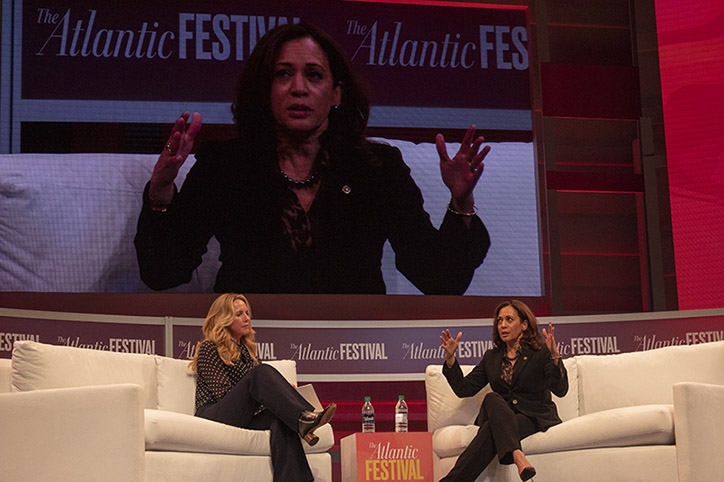 “I can’t understand it,” Harris said on stage at The Atlantic Festival. “And I’m embarrassed that the president of the United States would do that to this woman.”

At a rally in Mississippi on Tuesday, Trump mocked Ford’s testimony last week before the Senate Judiciary Committee.

Harris disagreed with Trump tweets saying Ford would have reported the alleged assault to authorities if it were true.

Speaking at the same event, Republican Sen. Lindsey Graham, who, like Harris, is a member of the Judiciary Committee, that he didn’t like the resident’s statements at the rally, but believes Ford’s treatment in the hearing was fair, bit Kavanaugh’s was not.

“I thought she was handled respectfully. I thought Kavanaugh was treated like crap,” Graham said followed by boos from the audience.

Harris moved past the question of Ford or Kavanaugh’s honesty to talk about the issue as a whole.

“Let’s use this as a moment to not only talk about it in the context of the Kavanaugh hearings but as a moment to welcome an uncomfortable conversation that must be had if we’re going to deal with an issue that is impacting a lot of people,” she said.